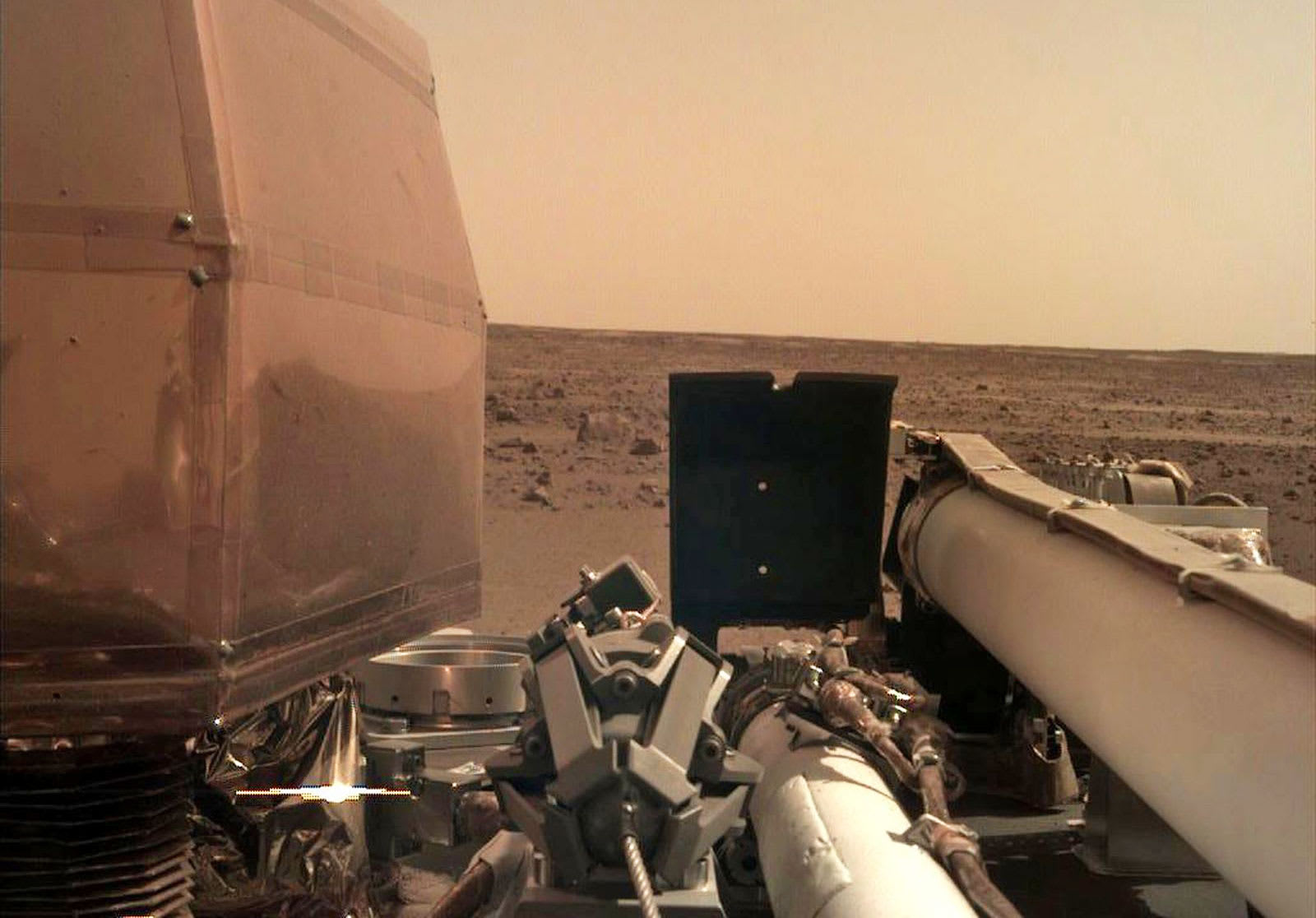 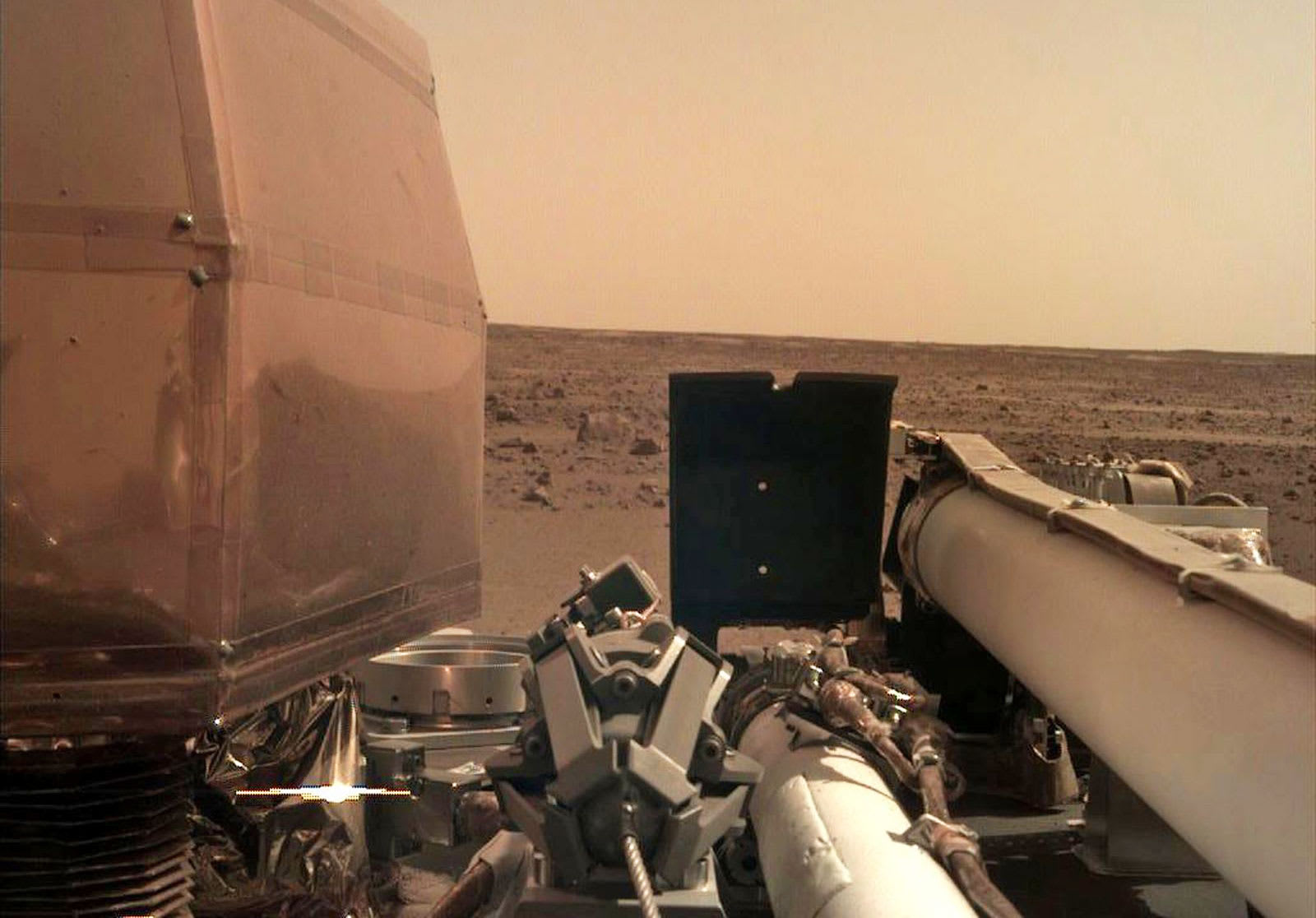 Earlier today the InSight lander successfully touched down on Mars, and it's already crushing the 'gram. Signals indicating that its solar panels had opened and were generating power came back to Earth at about 8:30 PM ET, along with a few photographs relayed via another visitor to Mars: the Odyssey orbiter. While it's expected to take two to three months to fully deploy the lander's instruments, this image came from its Instrument Deployment Camera which is mounted on a robotic arm.

Aaah...soaking up the Sun with my solar panels. 🌞 After a long flight, and thrilling #MarsLanding, it feels great to get a good stretch and recharge my batteries. (Like, literally.) It's just what I'll need to really start getting in tune with #Mars. https://t.co/yse3VEst3G pic.twitter.com/LpsiI0KNNz

So far, there are two other pictures available that were taken by its Instrument Context Camera that is mounted on the lander itself that show how much dirt and dust got kicked up when it arrived. While the pictures are thrilling, those 7-foot-wide solar panels are the most important part, as they can provide up to 700 watts of electricity on a clear day.

Source: NASA
In this article: insight, insightlander, InsightMission, InstrumentDeployCamera, mars, nasa, picture, solarpanels, space, tomorrow
All products recommended by Engadget are selected by our editorial team, independent of our parent company. Some of our stories include affiliate links. If you buy something through one of these links, we may earn an affiliate commission.