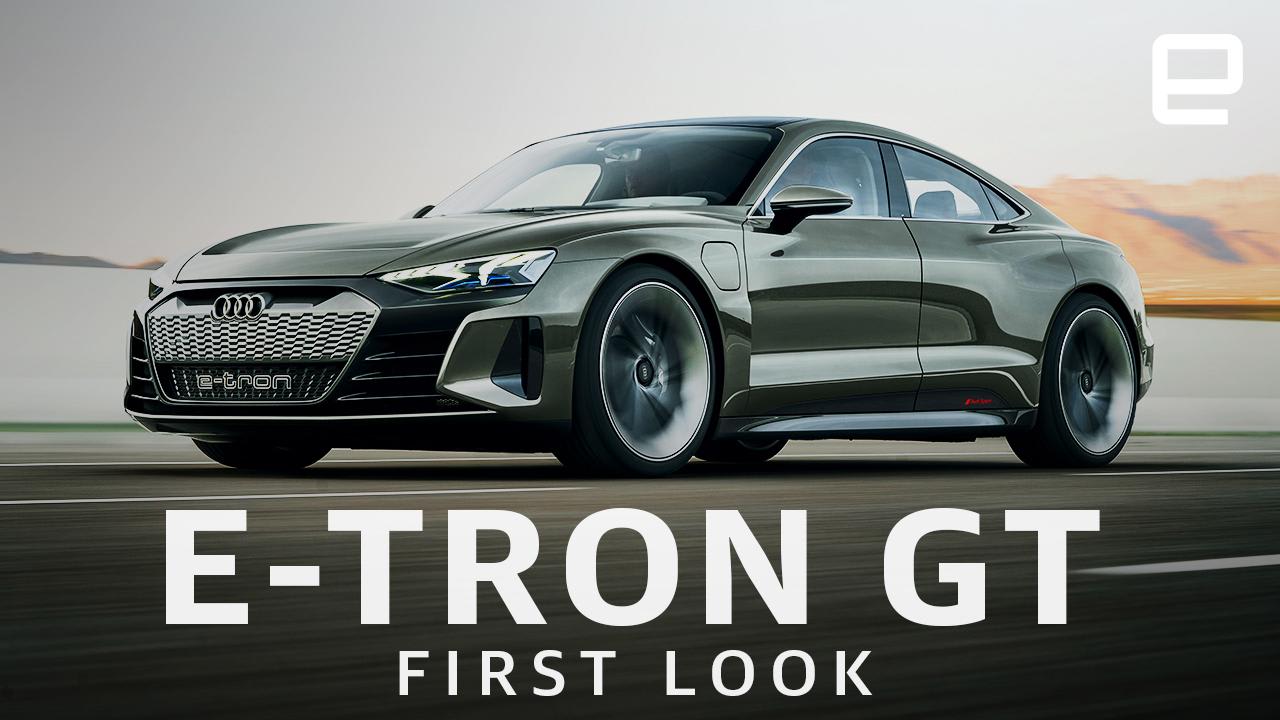 Audi's electrified E-Tron lineup just got a bit more crowded. The automaker's new impressive-looking E-Tron GT is sure to become an instant favorite for not only Audi fans but also anyone who's interested in a sporty coupe that just happens to look amazing. The four-door, all-wheel-drive GT pushes out 590 horsepower and can do zero to 60 in 3.5 seconds via its two motors (one in front, the other in back). It has an estimated range of more than 248 miles from a 90kWh battery that resides under the seating area. But instead of the typical flat pack, the battery is thicker under the seating area and thinner where you put your feet.

By doing that, Audi was able to put a high-capacity battery pack in the car without adding height to the vehicle. It's two inches shorter than the current A7 at 4.5 feet tall. It looks the part of a sporty GT. 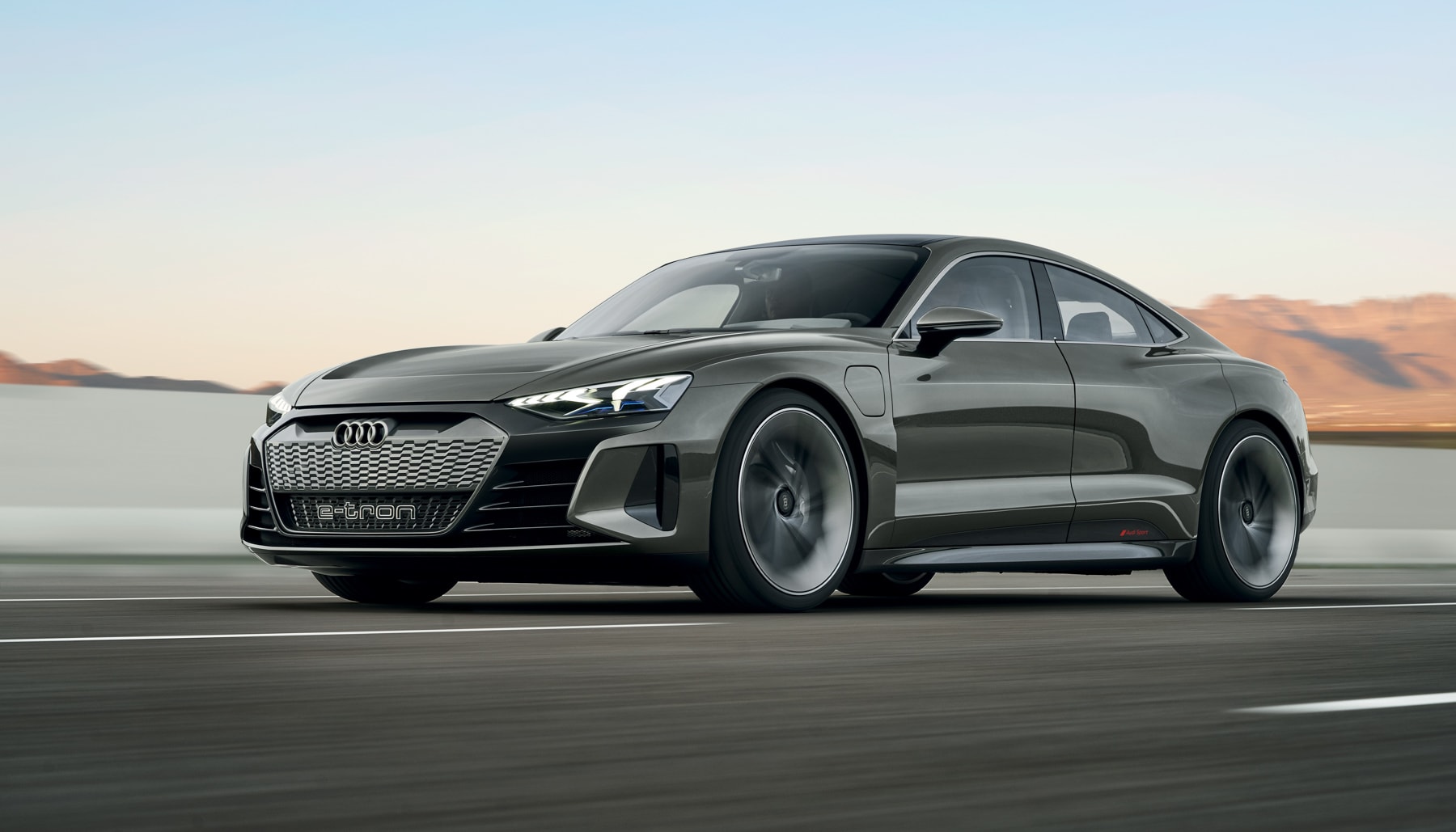 The vehicle supports fast charging up to 800 volts. There are charge ports on either side of the bonnet, so no matter how you park, you're not dragging a charger cable across the front of the car. Plus, the E-Tron supports charging via both ports at the same time. That might not make other folks at the charge station happy, but your car will be ready sooner. Audi says it will charge from zero to 80 percent in 20 minutes.

The E-Tron GT can also be charged via contactless inductive charging. That's slower than using a cable (or cables) and is meant for overnight charges. But like the BMW inductive-charging system, you won't have to plug the car in at night. Just park it over the pad. 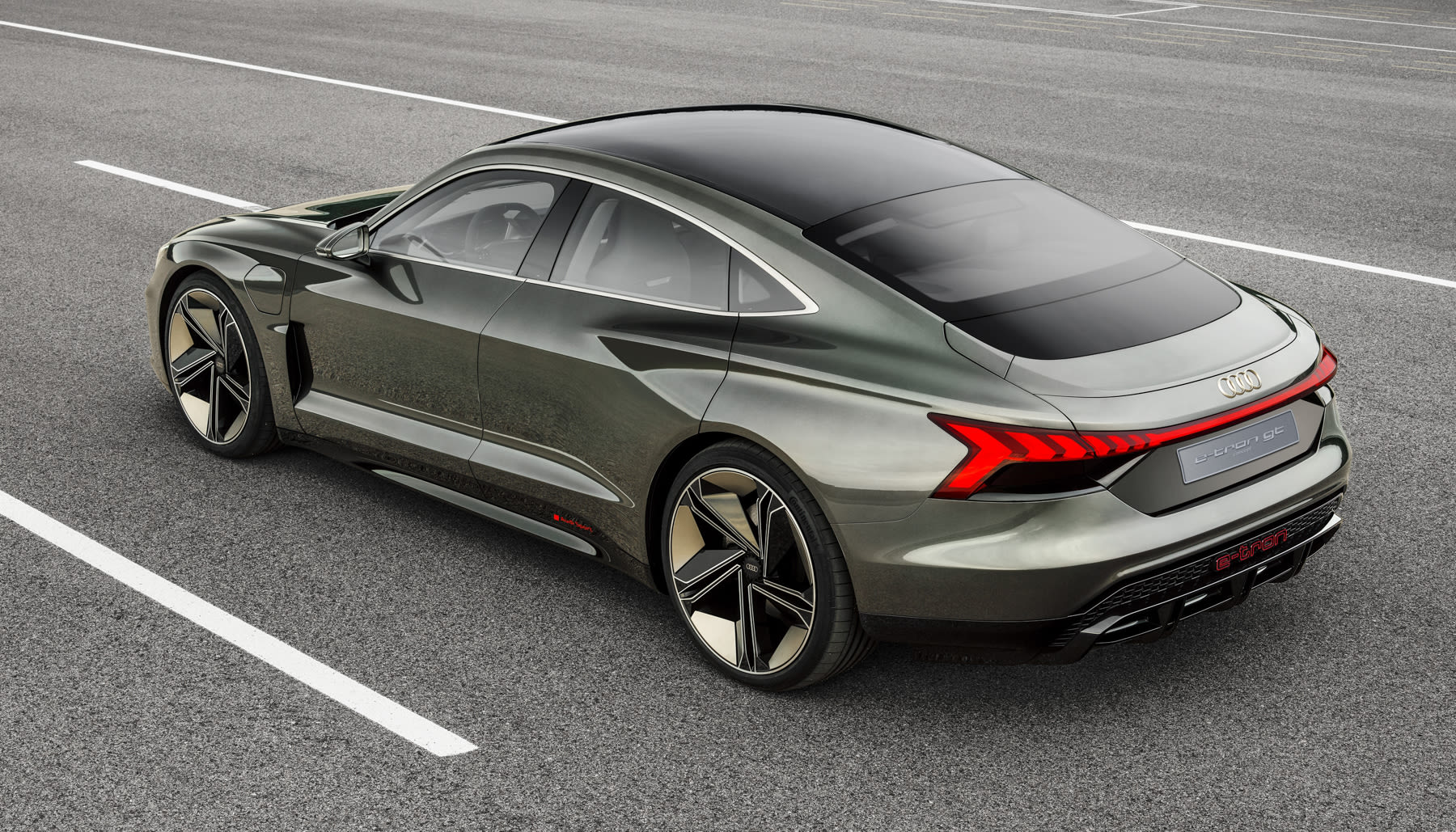 All that is already impressive, but it's the design of the car that'll catch the eyes of prospective buyers. It's really the best-looking Audi, with a low profile, aggressive hunches over the wheels and clean interior. It's also eco-friendly (beyond being purely electric). It uses faux leather, so vegans will be happy, and the cloth seats are made from recycled fishing nets.

The E-Tron GT will make it to production, but you're going to have to wait until early 2021 before you can even think about getting your hands on one. At least we have these pictures to stare at until then.

In this article: audi, design, electricvehicle, etron, etrongt, ev, gadgetry, gadgets, gear, green, GT, laautoshow2018, tomorrow, transportation
All products recommended by Engadget are selected by our editorial team, independent of our parent company. Some of our stories include affiliate links. If you buy something through one of these links, we may earn an affiliate commission.