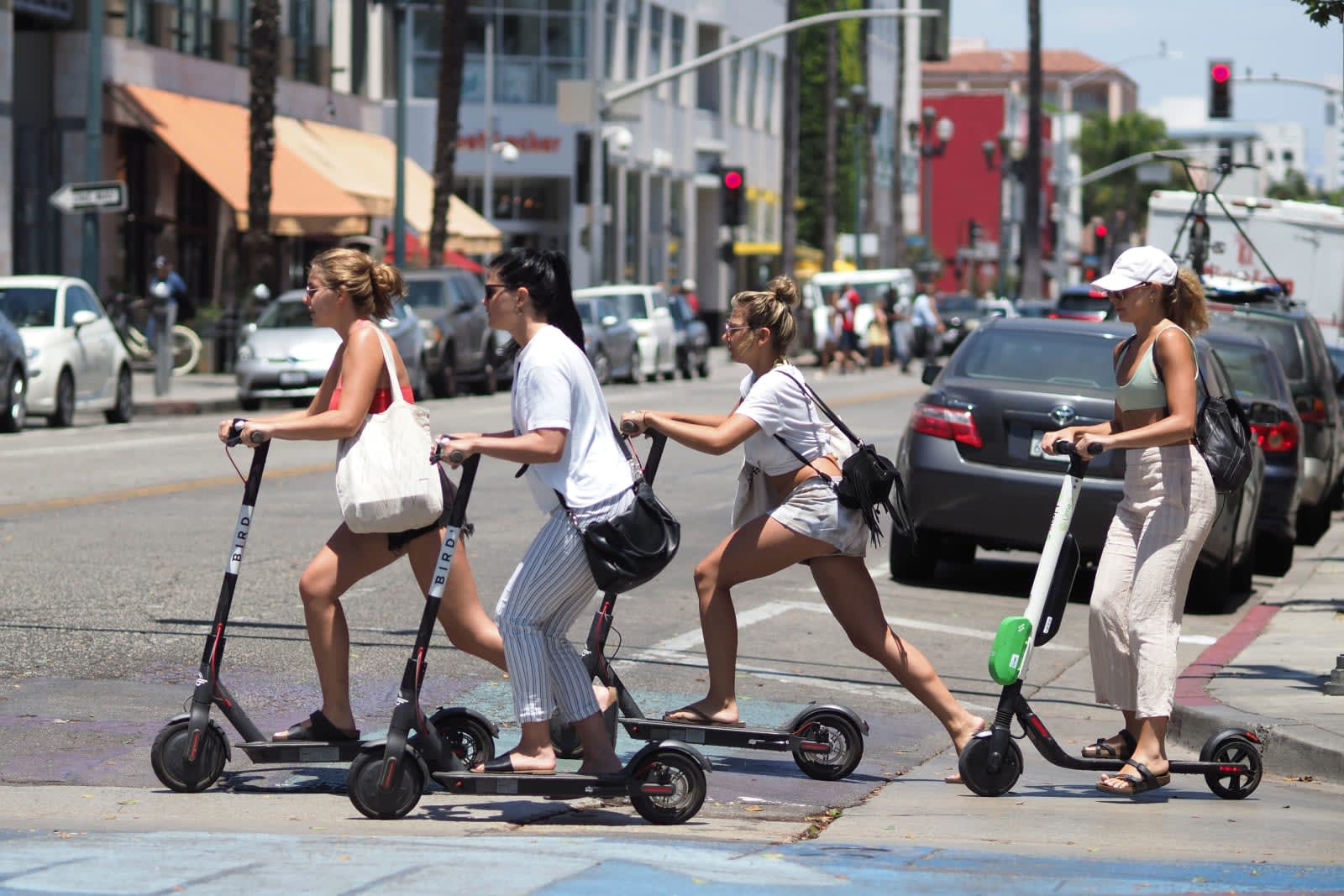 Uber might see its acquisition of Jump as just the start of its e-scooter ambitions. Sources speaking to The Information claim Uber has "recently" held talks to buy Bird and Lime, two of the biggest names in scooter sharing. The move would reportedly help Uber tackle scooter shortages that limit its growth, and would help it snap up vulnerable competitors who are still scrambling for funding.

While there's no guarantee a deal could happen, Uber might reach a deal to buy one of the companies before 2018 is over. The companies aren't necessarily offering much clarity. Lime and Uber declined to comment. Bird chief Travis VanderZanden said Bird was "not for sale," but a spokeswoman acting on his behalf didn't say if the company had talked with Uber.

There's certainly pressure for Uber to make a move. Lyft's scooter business is still relatively tiny, but it also just completed its buyout of Citi Bike operator Motivate and now has the largest bike sharing network in the US. If Uber is going to pitch itself as a transportation service that goes beyond cars, it'll want to expand its non-car offerings quickly. A purchase of Bird or Lime could instantly give it wider coverage, not to mention an opportunity to accelerate its growth.

Source: The Information
In this article: acquisition, bird, gear, internet, lime, scooter, scootersharing, services, transportation, uber
All products recommended by Engadget are selected by our editorial team, independent of our parent company. Some of our stories include affiliate links. If you buy something through one of these links, we may earn an affiliate commission.