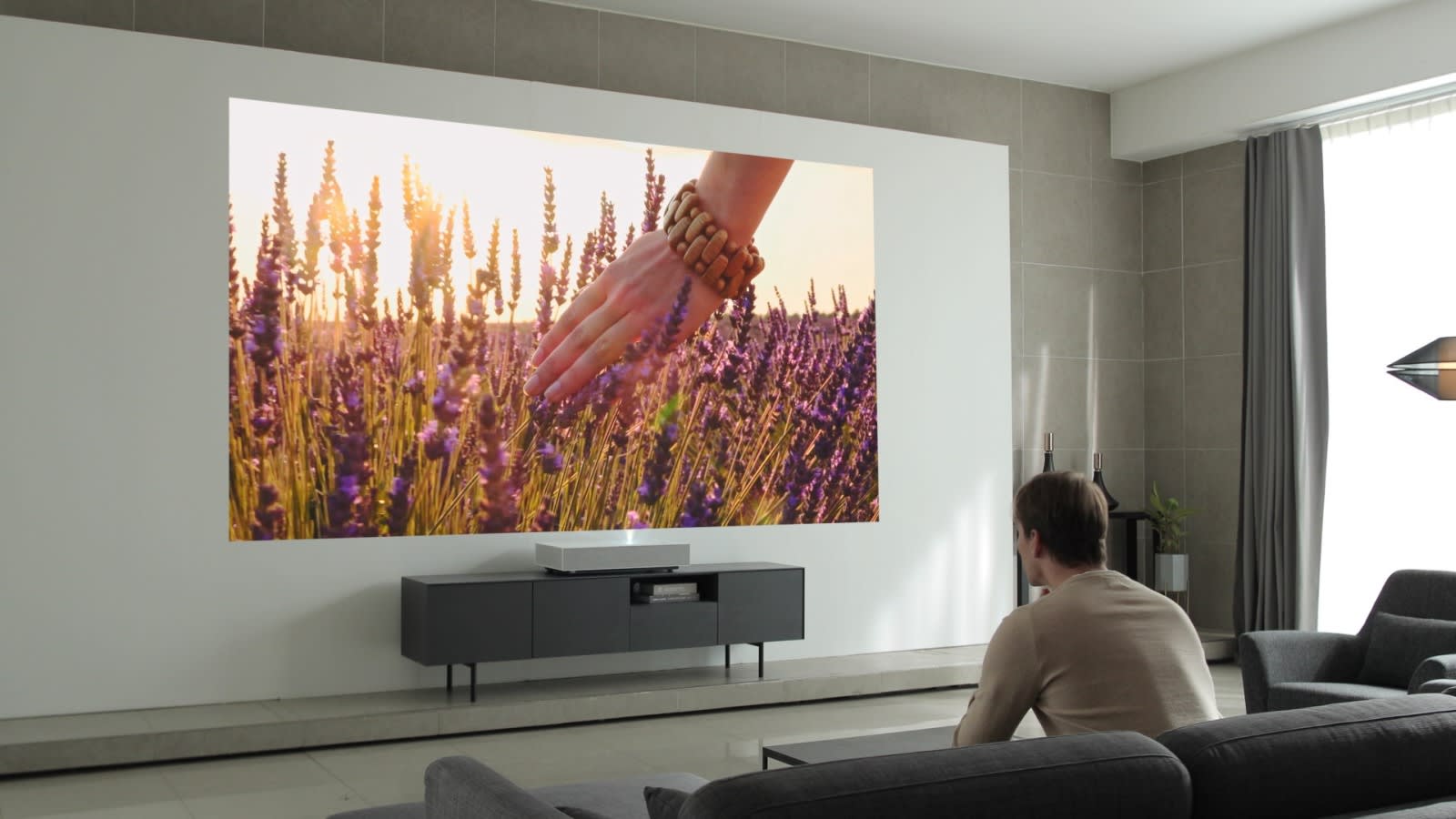 Just as surely as CES comes around, LG shows up with a laser projector to hopefully tempt you into ditching that TV. This year's attempt is another CineBeam model, and the Laser 4K is ready to compete with the likes of Hisense's home-theater-in-a-box projector and the ultra-expensive Sony projectors we've seen in past years. The HU85L doesn't list HDR support, but it has a "wide color gamut" and can project a 120-inch screen while placed just 7 inches away from a nearby wall, floor or ceiling, or a 90-inch screen from 2 inches away.

There's no word on a price or release date, but it is, of course, equipped with the company's ThinQ AI for natural language voice control and a Magic remote with gesture control. With 2,500 lumens of brightness it's intended for use in more than just darkened home theater rooms, but we'll need to see it in Las Vegas to know how good it really is.

Source: LG
In this article: 4k, av, ces2019, cinebeam, entertainment, gear, laser, laser4k, laserprojector, lg, projector, short-throw
All products recommended by Engadget are selected by our editorial team, independent of our parent company. Some of our stories include affiliate links. If you buy something through one of these links, we may earn an affiliate commission.