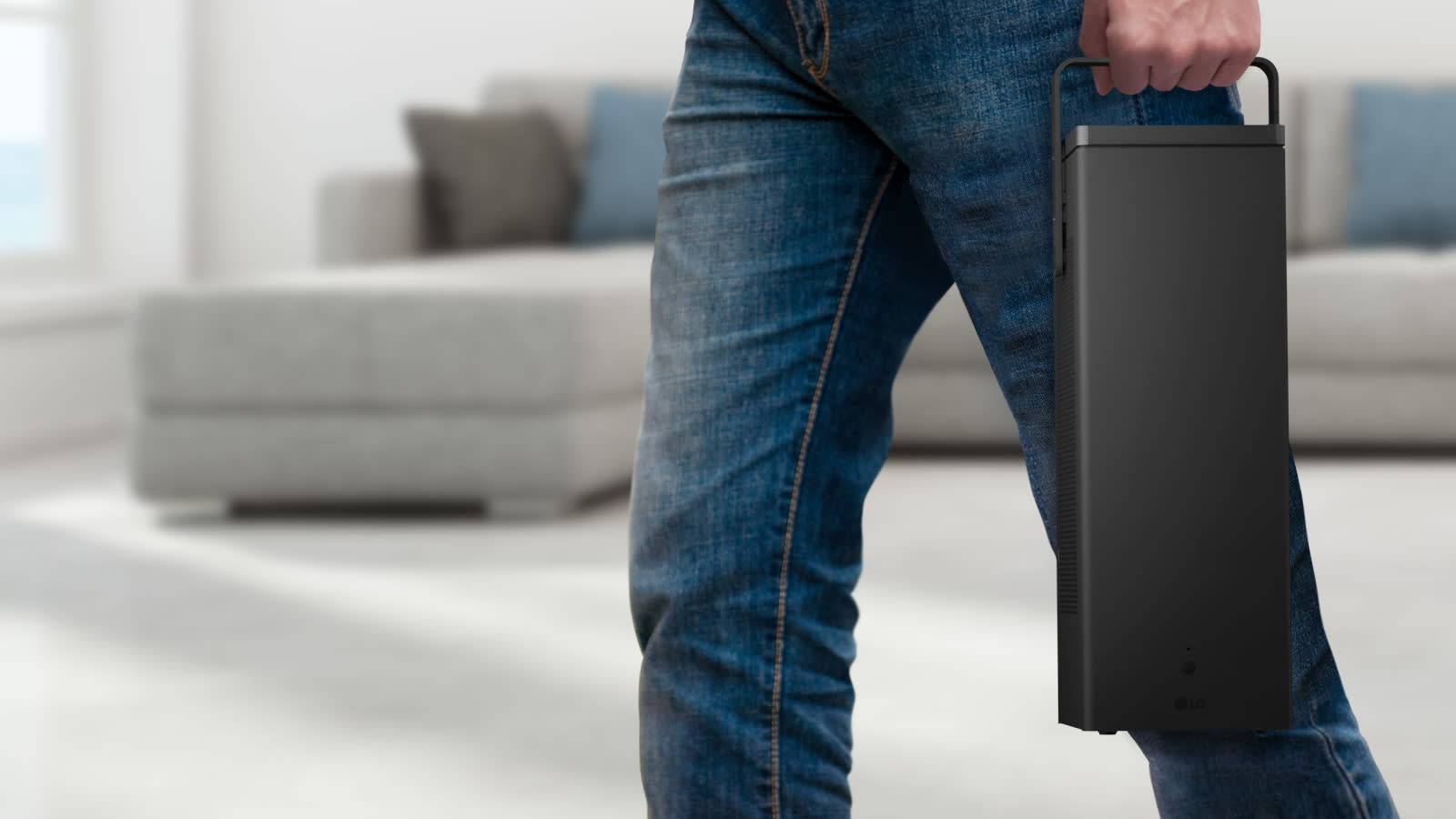 CineBeam, the compact-but-powerful laser projector LG debuted at CES 2018, will be available for purchase at retailers in the US this week. It's the brand's first 4K projector ever, and it's also LG's most expensive -- the model will set you back $3,000. The device doesn't look like most of its peers with its upright design and a lid that opens when you want to use it. But LG went for that look on purpose to make the projector much easier to carry around and use: it can beam a 150-inch screen on a surface, whether you hang it from the ceiling or just place it anywhere on the floor.

Its other features include HDR support, two 7W speakers, wireless connection for external devices, as well USB, Ethernet and HDMI ports. In addition to being LG's first 4K projector, it's also the brand's brightest yet at 2,500 lumens. The Korean company's other projectors top out at 2,000 lumens, though they're also admittedly cheaper than the CineBeam, with prices ranging from $300 to $1,800.

Although the model is still more affordable than other 4K projectors, it also has quite a few rivals in the same price range or lower. BenQ recently launched a true 4K offering with an entry-level price of $1,500, while premium projector-maker JVC introduced a $2,500 4K model with features similar to CineBeam's. If you decide to buy LG's device, though, check out its official page to see which retailers will stock it.

In this article: 4k, gear, home, HU80KA, lg, projector
All products recommended by Engadget are selected by our editorial team, independent of our parent company. Some of our stories include affiliate links. If you buy something through one of these links, we may earn an affiliate commission.