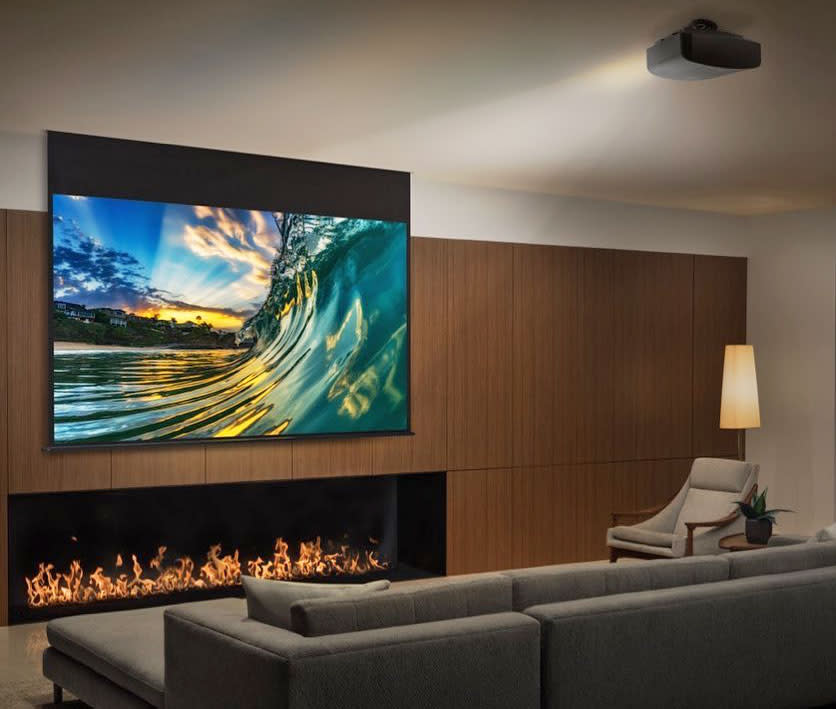 Buying a "4K" projector can be tricky since many companies have displays have lower resolutions and use technology like pixel shifting (JVC and Epson) or special processing (Optoma) to make up for the missing dots. Sony's SXRD technology brings every one of the promised 4K (4,096 x 2,160) pixels but until now have been incredibly pricey. That changes with the VPL-VW285ES just unveiled at CEDIA 2017 in San Diego, a true 4K and HDR projector that has a sticker price of just about $5,000.

That may not seem cheap compared to competition like Optoma's $2,000 UHD60, but last year's new Sony projector still costs $15,000. Of course, if the price isn't your biggest motivation, Sony has a step-up VPL-VW385ES model for just under $8,000 that uses an advanced iris to increase contrast and detail in dark areas. Or you could opt for its other new 4K projector, the compact VPL-VW885ES with a laser light source capable of 2,000 lumens that costs $25k.

To sweeten the deal, Sony is also partnering with not-dead Kaleidescape for a bundle offer of 10 free movies in the Kaleidescape store. You'll need to bring your own Strato 4K player to watch them, of course, and buy both at some point between now and the end of March, but that should be easy.

In this article: 4K, av, CEDIA, CEDIA2017, ES, gear, HDR, projector, sony, SXRD, VPL-VW285ES, VPL-VW385ES, VPL-VW885ES
All products recommended by Engadget are selected by our editorial team, independent of our parent company. Some of our stories include affiliate links. If you buy something through one of these links, we may earn an affiliate commission.