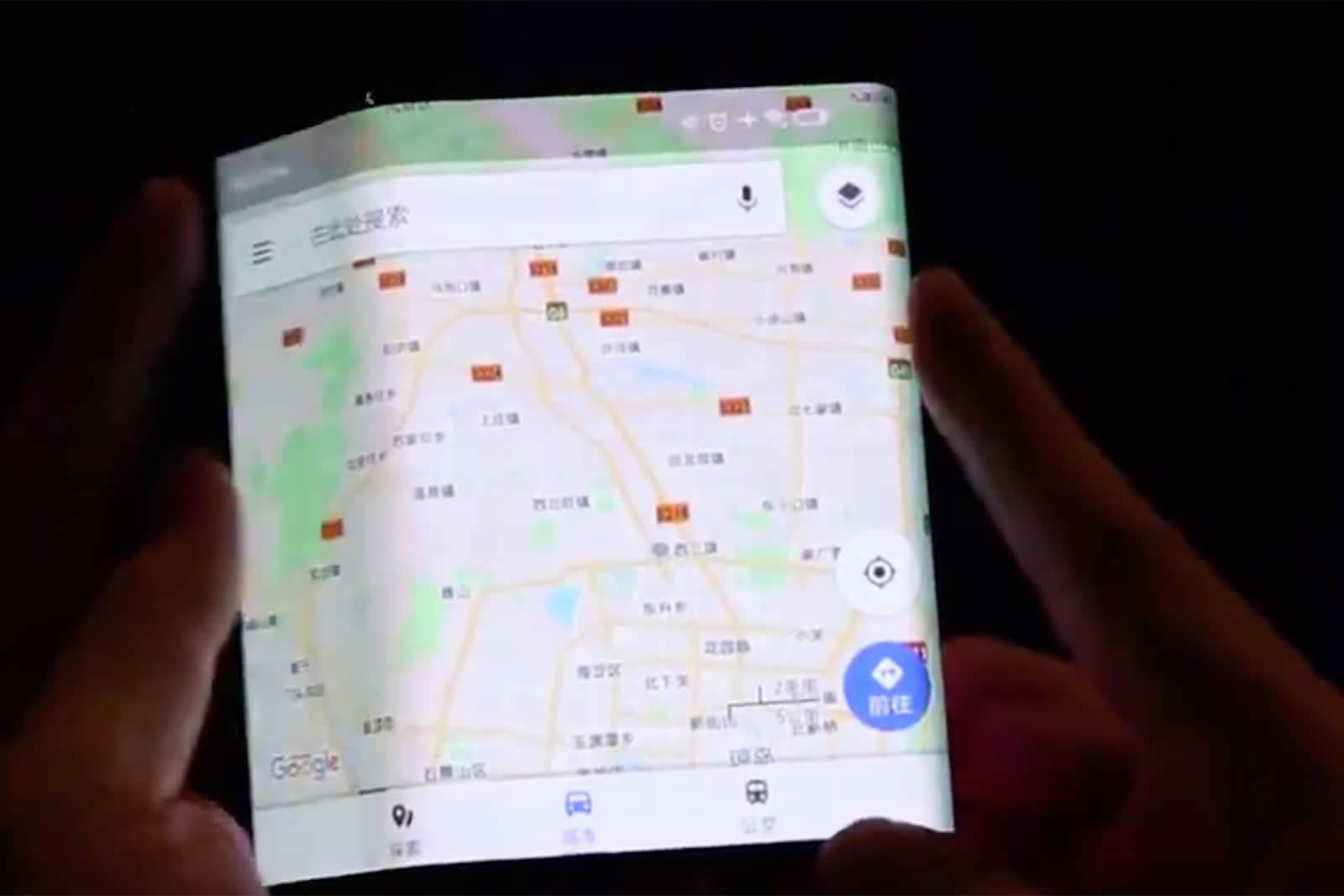 Don't look now, but Samsung's foldable phone might already be old hat. Reputable leaker Evan Blass has shared a video of what's believed to be a three-panel folding phone from Xiaomi. The dimly-lit clip shows precious little beyond the display, but it's clearly the centerpiece. In addition to providing a large landscape view, the two side panels can fold backward to provide a conventional phone-sized screen.

It's not certain if this is actually a Xiaomi device, let alone a shipping product. There is some evidence to support the leak, though. ET News sources reported in July of last year that Xiaomi was developing an "outfolding" phone with plans to release it sometime in 2019. Moreover, the company is known for pushing the boundaries of smartphone design -- the Mi Mix series touted nearly bezel-free displays months before other major brands followed suit. If any company is going to push the boundaries of foldable phones, Xiaomi would have to be on the short list of candidates.

There are plenty of unknowns if you assume the rumor is true, though. Will this be as expensive as it looks? How does it handle photos? And do you have to fold it backward, or do you risk scratching the displays when you fold it up for your pocket? It's easy to see why Xiaomi might experiment all the same. A phone like this could serve as a halo model that attracts people to the brand, even if it only sells in tiny numbers. Also, there's the not-so-small matter of a shrinking smartphone market. If brands like Xiaomi don't produce exciting phones, they risk losing customers who might pass on phones that are merely iterative upgrades.

In this article: android, foldable, foldablephone, foldingphone, gear, leak, mobile, smartphone, video, xiaomi
All products recommended by Engadget are selected by our editorial team, independent of our parent company. Some of our stories include affiliate links. If you buy something through one of these links, we may earn an affiliate commission.