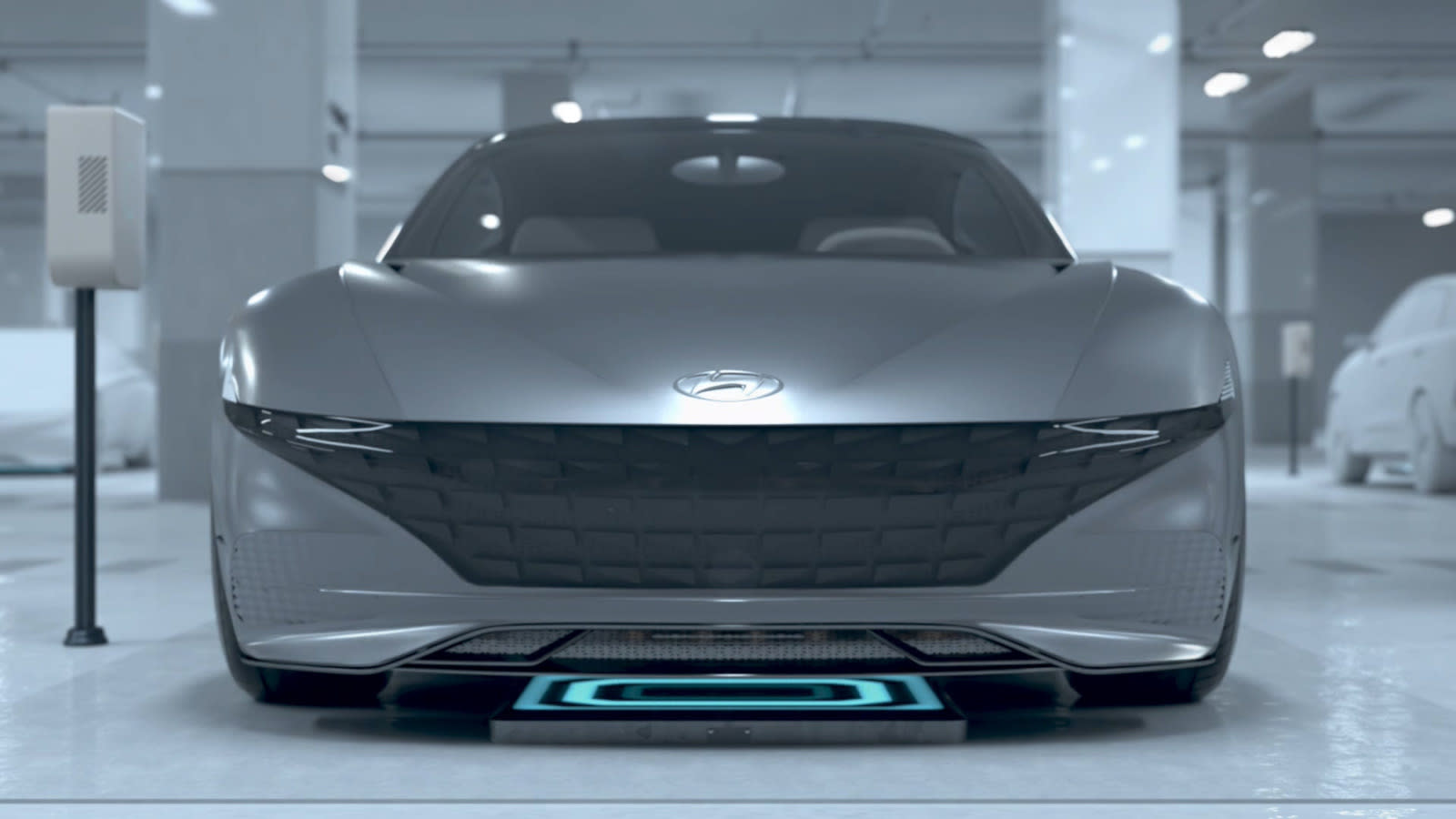 Automakers and other companies are planning to ramp up charger installations to keep up with the increasing interest in electric vehicles. But if they can't keep up with growing EV sales, overcrowding at public charging stations could become an enormous problem -- especially since (as CNET noted) people tend to leave their cars plugged in while they wander off instead of monitoring them and unplugging as soon as they're done. Hyundai and Kia believe the solution to that problem is a system that can automatically guide an EV to a wireless charging station and then drive it away as soon as it's fully charged.

In a concept video the companies have unveiled, they showed how they plan to combine wireless charging with their Automated Valet Parking System. An app will be able to tell owners if there's a public charger in a building, after which they can simply step out and send a command to the vehicle to find an available charger. The EV will then charge itself through wireless magnetic induction and then automatically move to an empty parking spot when its battery reaches 100 percent to make way for the next vehicle in line. Its owner, who'll know once it's done through real-time updates via the application, can then summon the EV back using the same app.

The system is just a concept at the moment, and it'll probably take years before anybody can use it. That is, if the automakers decides to go through with its development. In their announcement, Hyundai and Kia said they're "considering on commercializing the technology upon the launch of level 4 autonomous vehicles around year 2025."

In this article: charging, electricvehicle, ev, gear, green, hyundai, kia, tomorrow, transportation, wirelesscharging
All products recommended by Engadget are selected by our editorial team, independent of our parent company. Some of our stories include affiliate links. If you buy something through one of these links, we may earn an affiliate commission.