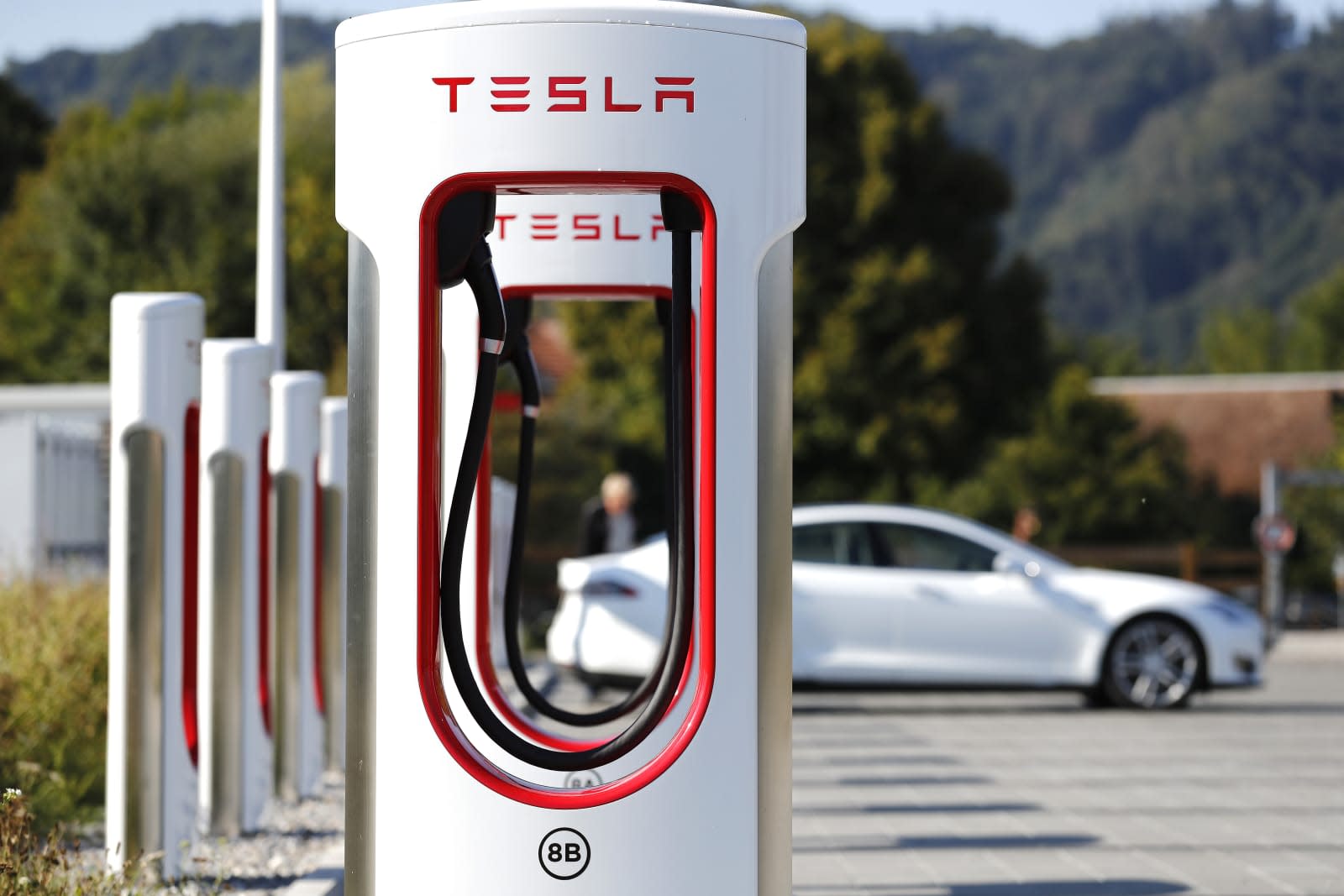 Tesla apparently plans to double the size of its Supercharger network by the end of 2019, company chief Elon Musk has revealed on Twitter. "Expect to be within range of 95 to 100 percent of population in all active markets," he added. The automaker originally aimed to install 18,000 Superchargers around the world by the end of this year, but it doesn't look like it will be able to reach that goal when its website only shows that it currently has 11,414 chargers in all active markets. We'll likely know around the same time next year if Musk has overpromised again.

In addition, Musk has announced the company will start rolling out the Supercharger V3 by early next year. As Electrek noted, the next-gen charger has been delayed a couple of times in the past and was supposed to be available by now. When it does come out, it will be able to charge cars at a much faster rate -- as fast as a few minutes, even.

Supercharger V3, which starts rolling out early next year, will also charge much faster

These are but two of Tesla's Supercharger plans. Just a few days ago, it announced that Model 3 vehicles for Europe will come with with a Combined Charging System (CCS) port more commonly used by automakers in the region. It will also retrofit its Superchargers in the continent with CCS plugs that other brands could eventually use if the company ever decides to open up its network.

In this article: elonmusk, supercharger, tesla, tomorrow, transportation
All products recommended by Engadget are selected by our editorial team, independent of our parent company. Some of our stories include affiliate links. If you buy something through one of these links, we may earn an affiliate commission.