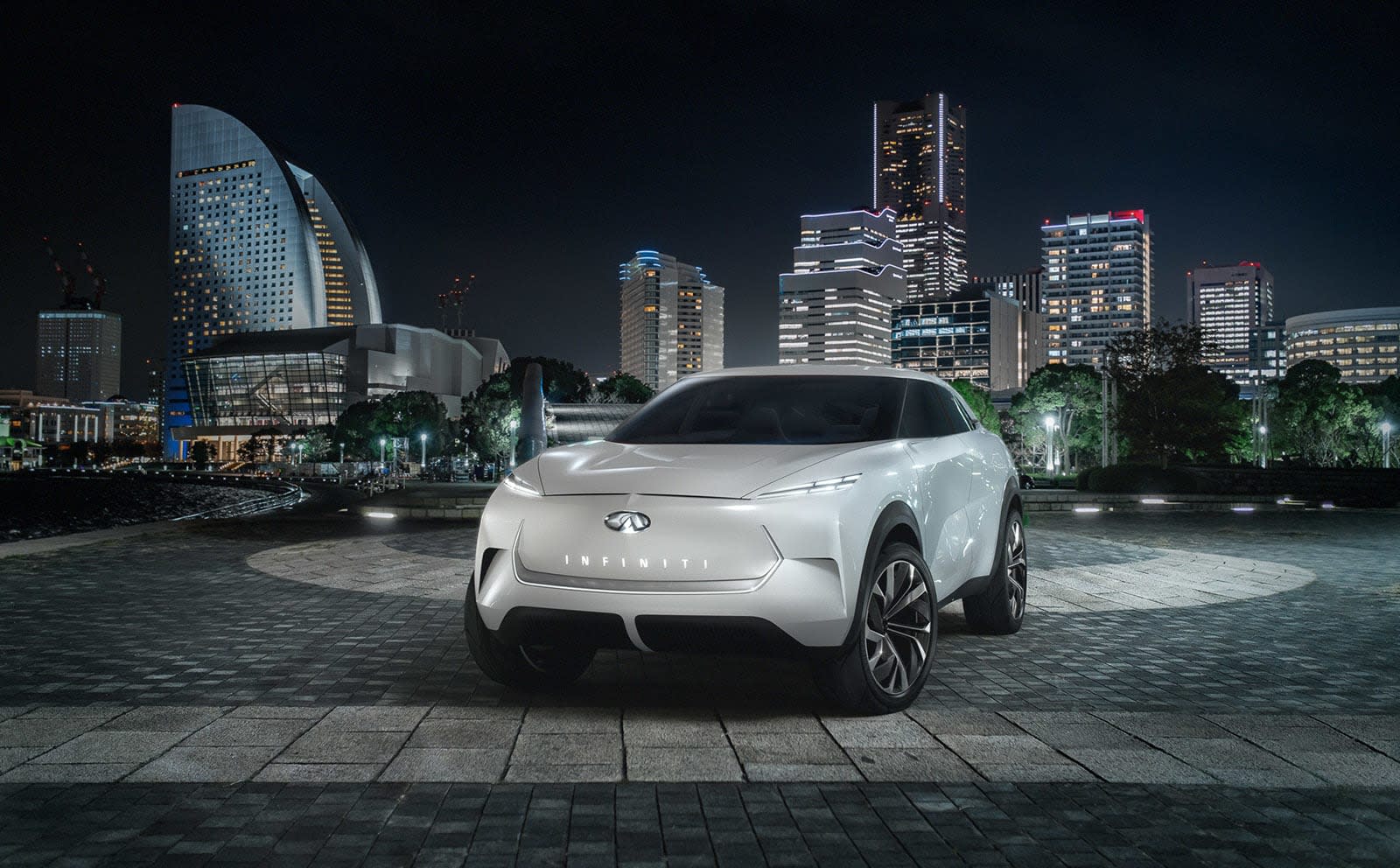 Infiniti is surprisingly late to the EV game, considering what its rivals are doing and the fact that parent Nissan has been making the Leaf since 2010. It just unveiled the QX Inspiration, a concept rather than a production car, that it will show off in detail at the 2019 North American International Auto Show later in January. The vehicle design, teased last month, represents the future (and platform) for Infiniti's electrified program.

As Nissan's luxury brand, Infiniti has yet to build a pure EV, instead selling hybrid vehicles like the Q50 Hybrid. However, it plans to electrify its entire lineup starting in 2021, and said that half its vehicles would feature either a hybrid or a pure electric drivetrain by 2025. Unfortunately for pure EV lovers, many of those vehicles will pack Nissan's e-POWER hybrid drivetrain, which uses a gas motor to charge the electric batteries, and has no plug-in option at all -- like a crippled version of Chevy's discontinued plug-in hybrid Volt.

Infiniti didn't reveal much about the QX Inspiration, other than saying it has a "spacious, lounge-like interior," and was hand-crafted using traditional techniques. The automaker will release the full details in Detroit on January 14th, and we should get a better idea of its electric ambitions then.

In this article: CES2019, Concept, ElectricCar, EV, gear, Infiniti, Nissan, QXInspiration, transportation
All products recommended by Engadget are selected by our editorial team, independent of our parent company. Some of our stories include affiliate links. If you buy something through one of these links, we may earn an affiliate commission.