ASUS turns to AMD for its latest TUF gaming laptops

ASUS' latest TUF gaming laptops may look about the same as before, but under the hood, it's a new ball game. Rather than packing Intel and NVIDIA parts, the 15.6-inch FX505DY (above) and 17-inch FX705DY (below) are all AMD, with a 12-nanometer, four-core Ryzen 2 3550H APU and Radeon RX 560X discrete graphics. Both models also have 1080p FreeSync displays, with the 17-inch model hitting up to 60Hz, and the 15-incher maxing out at a decent 120Hz.

Both models are designed to survive falls and "extreme environments" thanks to the mil-spec toughness and hexagonal bottom design. They both pack beefier-than-usual LED keyboards with full number pads and 1.8mm of key travel. Other features include 7.1 channel virtual surround sound, onboard ethernet, a 512GB PCIe SSD or 1TB Fireuda SSHD, up to 32GB of RAM, HDMI 2.0 output and three USB ports.

ASUS' move to AMD for its low-end gaming laptops is an interesting one. The current TUF laptops pack Intel eighth-gen CPUs and NVIDIA graphics (up to GTX1060), so don't expect to see improved graphics performance with the RX 560X chip (the same one Apple uses in the MacBook Pro). It's more likely that ASUS is trying to drive costs down, as the current models have generally been panned for having poor performance for the price. ASUS has yet to tell us the cost of the new TUF models, but they'll arrive sometime this quarter. 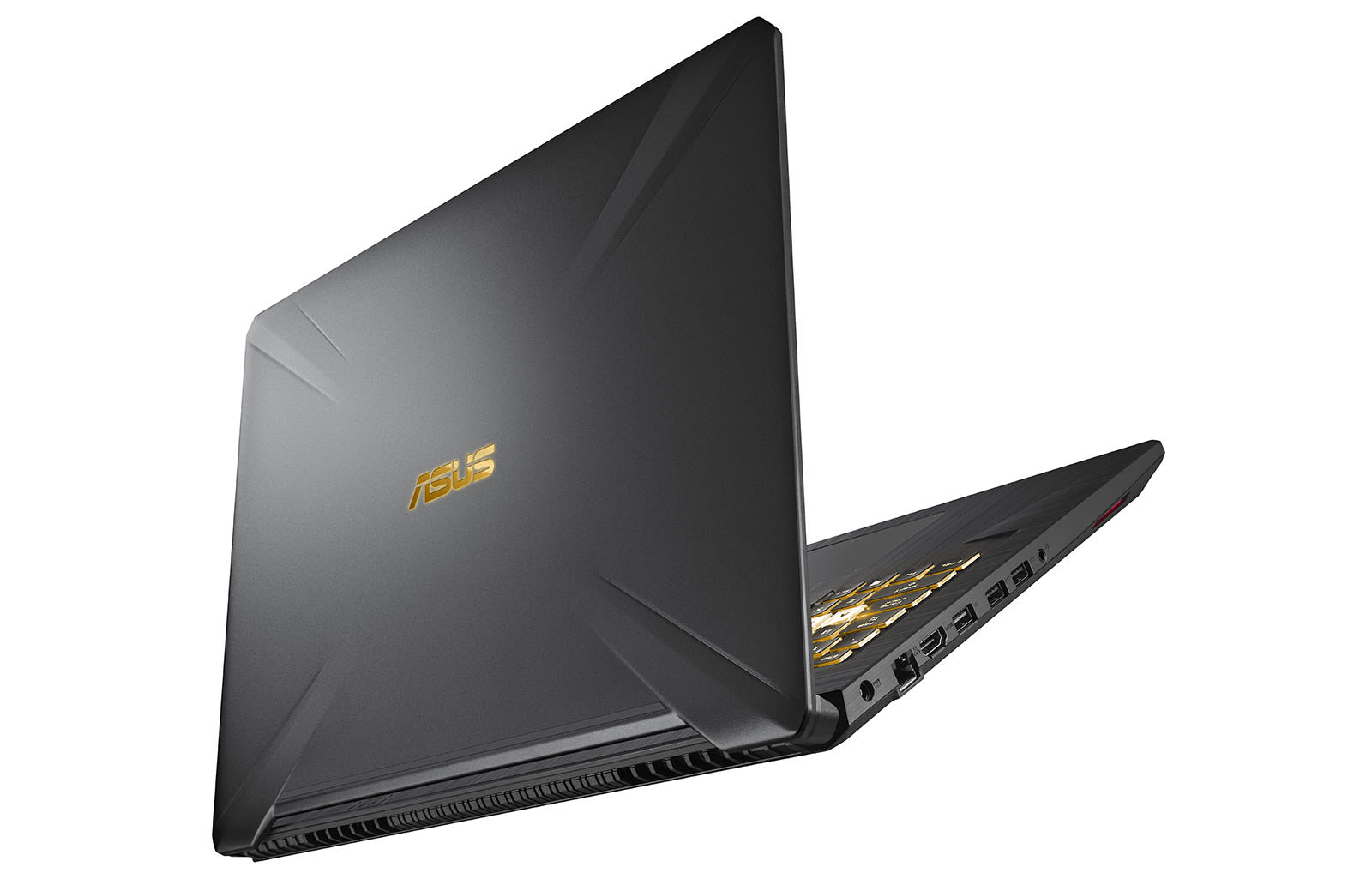