Oh, and it might be the thinnest machine with discrete graphics, too.

ASUS' new StudioBook was designed to make workstation-caliber power available to more people, but the refreshed ZenBook S is ambitious in a different way. The company's S line was always about extreme portability, and that's still true this year — that said, ASUS managed to squeeze even more into the ZenBook S13's remarkably svelte body.

For one, the bezels running around the ZenBook's 13.9-inch, LED-backlit IPS screen are tiny; almost shockingly so. If you broke out your calipers, you'd find that they're a scant 2.5mm thick, enough for ASUS to call them the thinnest in the world. This wouldn't count for much if the display weren't anything to write home about, but that thankfully isn't the case — in our limited hands-on time, we were met with surprisingly vivid colors and solid brightness. The fact that the bezels barely exist at all only add to the already-quite-good display's oomph.

Naturally, ASUS had to make some compromises to get these bezels as teensy as they are — some earlier ZenBook variants packed a 4K display which just wasn't possible here, and the webcam at the top of the display is wrapped in a hump of sorts. It's most meant to accommodate the camera module itself, but it pulls double duty by making it easier to open the laptop. That's all the more important when you consider the thing weighs just under 2.5 pounds.

Since the ZenBook's body is just 12.9mm thick, the company feels comfortable calling it the thinnest machine in the world with discrete graphics — certain configurations come equipped with an NVIDIA GeForce M150. A gaming powerhouse this thing ain't, but hey, what else would you expect from a package this tiny? The rest of the ZenBook S13's internals are about what you'd expect: you can pick one up with an either an Intel Core i5-8265U or a higher-performance i7-8565U, and up to 16GB of LPDDR3 RAM. Rounding out the package Is a decent complement of ports, including two USB 3.1 Type-Cs and a single, full-size USB 3.1 port. (Brief note to Apple: if ASUS can pack a full USB port into this thing, you can surely pack a couple into your MacBook Pros. Just saying.) 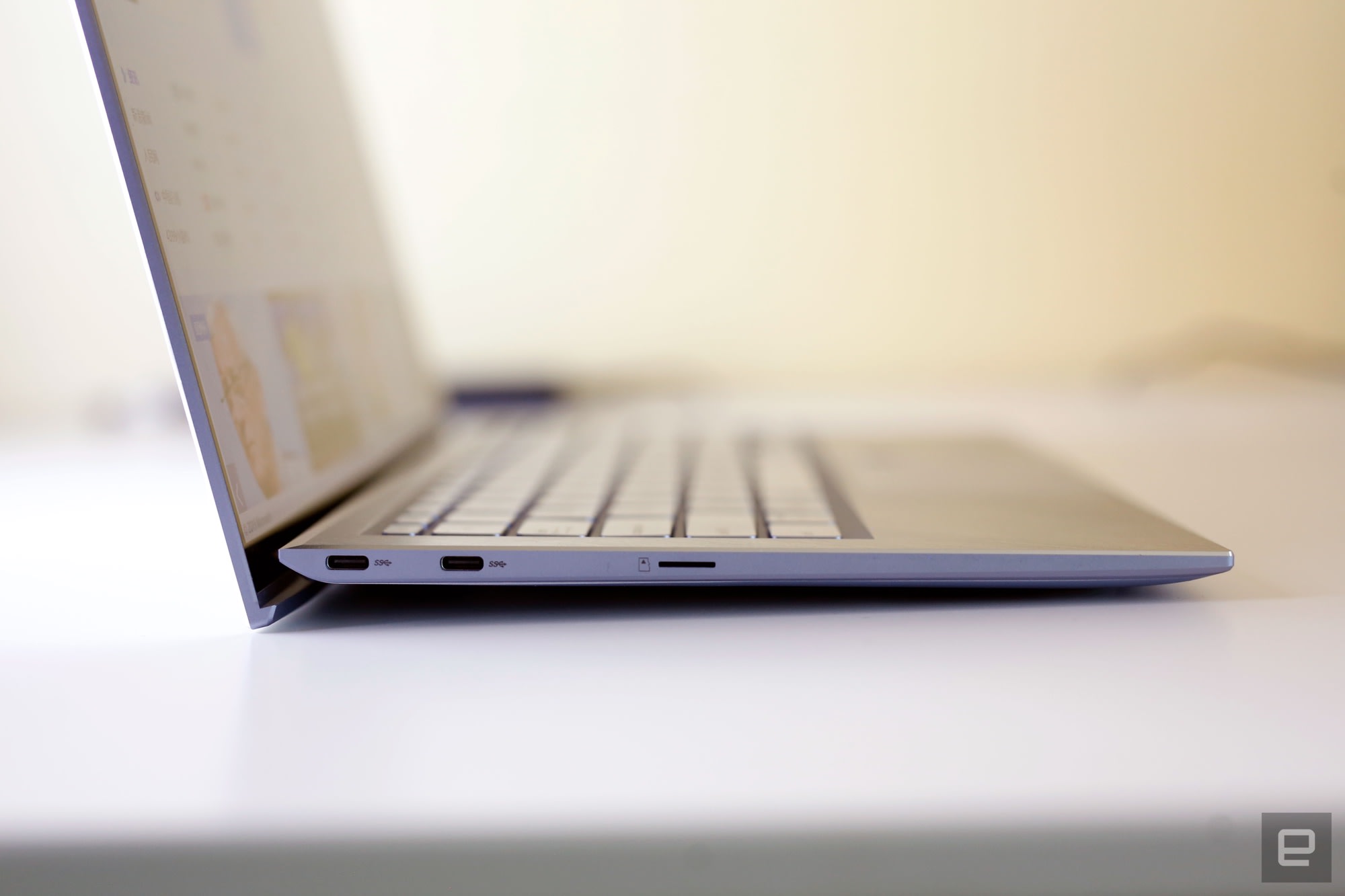 Meanwhile, if you can do without the S13's trimness, ASUS' refreshed ZenBook 14 might be more up your alley. It's remarkably similar in terms of configuration options, though you can opt for even less expensive variants with an Intel Core i3-8145U, either 4 or 8GB of RAM and either a 256GB or 512GB SSD. Oh, and if the model didn't already give it away, the ZenBook 14 packs a — you guessed it — 14-inch, full HD display.

Flexibility is the name of the game here, though without knowing how much either of these new ZenBooks cost, it's damned near impossible to judge how a good value these things compared to the competition. Then again, ZenBooks historically haven't been ultra-cheap machines (that's definitely Vivobook territory), so we wouldn't be surprised if these all dropped in the neighborhood of $1,500. We'll have to wait and see, though you can take a little solace in the fact that both of these notebooks will drop in the first few months of 2019.

All products recommended by Engadget are selected by our editorial team, independent of our parent company. Some of our stories include affiliate links. If you buy something through one of these links, we may earn an affiliate commission. All prices are correct at the time of publishing.
View All Comments
ASUS' updated ZenBook S packs the 'world's slimmest' bezels