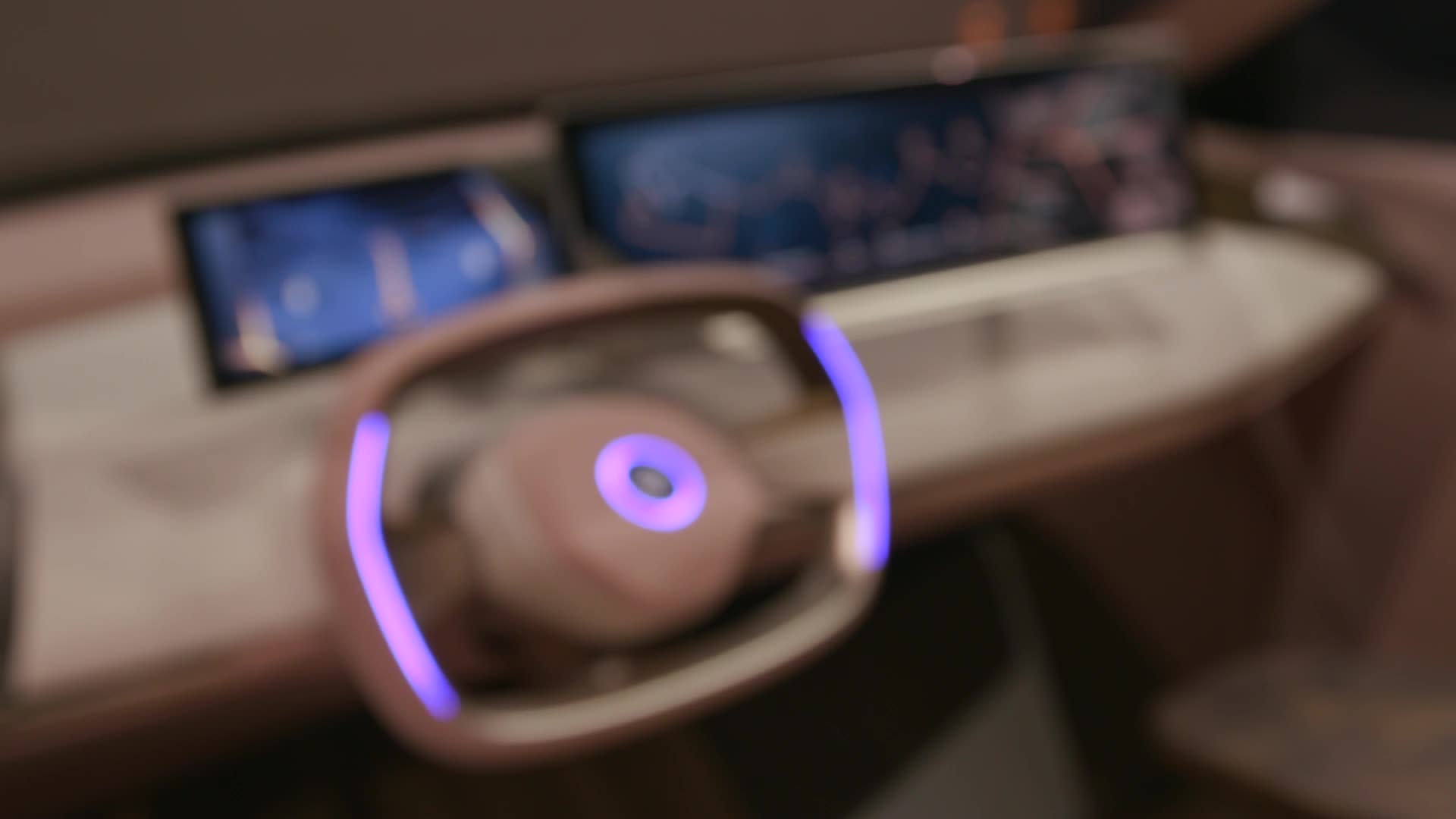 BMW's iNext concept vehicle continues to reveal new tricks after its official introduction at the LA Auto Show last November. Ahead of CES 2019 in Las Vegas on Sunday, the company showed off its latest futuristic feature, mixed reality holographic display.

Normally when you're driving a car, all you (at least should) be doing is paying attention to the road and traffic around you. However, as BMW continues to develop its autonomous driving system to Level 3 and beyond, drivers soon won't have to pay nearly as close attention as they once did. In order to fill that newly-freed time, BMW is developing a mixed reality display system that will empower drivers to multitask; clearing items on their to-do list, taking video calls, even watching a bit of TV if they're so inclined.

Engadget was afforded a brief preview demonstration of this technology at the BMW Pavillion, in which I donned a VR headset and took a simulated drive in a virtual iNext. After pulling out of my parking space and onto a freeway, the vehicle's self-driving system took over, giving me little to do in the way of guiding the car itself. Instead, the iNext's Intelligent Personal Assistant (IPA), alerted me that now would be a good time to conduct a video conference call, rather than waiting until I got home. Doing so involved little more than vocally confirming to the IPA that that's what I wanted to do. Then things got hairy.

Instead of the faces of my conference call colleagues appearing on the central entertainment display, they appeared on the windscreen itself, nearly blocking the entirety of my forward vision. Even knowing that the car was driving itself, I had to fight the initial urge to grab the steering wheel and slam on the brakes. Once I regained my composure, paying attention to the call was easy. What's more, any files and images shared during the call were immediately displayed on the center console screen.

The system also allows you to cross items off your shopping list as your car couriers you to your destination. In this scenario, I was able to order snacks and various sundries from a Google Express-like service and have them delivered to my home as I arrived. Doing so involved little more than telling the IPA to order chips and confirming that the brand it found was the one I wanted. It also allowed for me to monitor my various smart home devices, including seeing who was ringing my virtual home's virtual front door and unlock it for my unfashionably early guests. Best of all, I was afforded the opportunity to stream a simulated football game that was already in progress. Again this took place on the front windscreen.

Granted, these are very much still early conceptions. BMW has yet to work out exactly how it will display images on the windscreen, for example. It could use a miniaturized short-throw projector to beam images directly onto the glass itself. The company is also considering utilizing AR glasses or VR headsets to mirror the vehicle's interior.

Either way, BMW hopes to develop and advance this technology sufficiently for widespread adoption by around 2025. If the company can do so, we may very well see a revitalization of road travel, giving drivers and passengers alike a hassle- and hands-free means of getting to their distant destinations without having to endure the various probings of the TSA.

In this article: AR, AV, BMW, CES2019, exclusive, gear, inext, MixedReality, transportation
All products recommended by Engadget are selected by our editorial team, independent of our parent company. Some of our stories include affiliate links. If you buy something through one of these links, we may earn an affiliate commission.