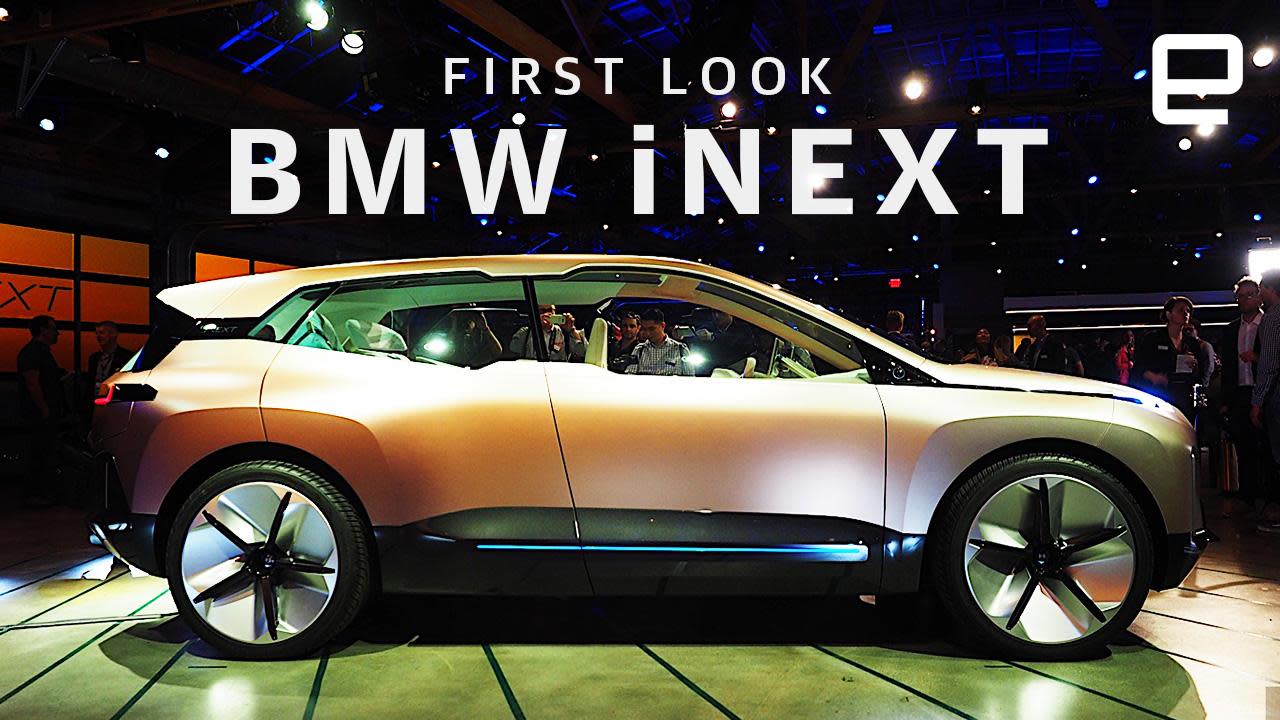 Remember BMW's vision of the future that we previewed this past September at an SFO airfield? Well, now everybody knows about it, because BMW revealed the Vision iNext to the world on Tuesday, ahead of the official start of the 2018 Los Angeles Auto Show.

We've come a long way since Honda introduced the first EV Plus. But even as electric power trains have evolved over the past few decades, they've often been relegated to smaller passenger and commuter cars. That trend is beginning to wane as market leaders like BMW, Volkswagen and Mercedes as well as industry startups like Tesla and Rivian begin to produce upsized EVs.

Granted, you'll never actually see an iNext on the road, but it does continue that transition with features and technologies that, when released in the coming years, will further revolutionize the styling, capabilities and mobility of future electric vehicles.

In this article: BMW, ElectricVehicle, EV, gear, iNext, laautoshow2018, transportation
All products recommended by Engadget are selected by our editorial team, independent of our parent company. Some of our stories include affiliate links. If you buy something through one of these links, we may earn an affiliate commission.