Daimler wants self-driving trucks on the roads in ten years

Level four autonomy is the dream of many automakers. A vehicle that drives itself without any driver interaction but has a steering wheel and pedals so that when the human in the car is ready to take control, they can. Daimler wants to put that technology in semi trucks within the next 10 years.

AT CES, Daimler trucks and buses CEO Martin Daum announced that the company would invest $570,000,000 in the research and development of level four autonomous long-haul trucks. The automaker says it will begin testing in the United States this year because of the infrastructure and the ability to go long distances.

Daum said that its level four trucks will be more efficient and safer than what's on the road right now. The efficiency comes from the ability to run the trucks at all hours of the day and night and will do smart routing to avoid potential gridlock.

The safety factor comes from the truck never getting tired or distracted. Daum did say that the company is aware that the public is still not 100 percent sold on the idea of self-driving vehicles. "Our technology has to be 100% road proof," Daum said. He called the next decade of research and testing "gaining knowledge time. "It needs to be reliable and safe and work in all conditions, rain, snow and constructions sites." 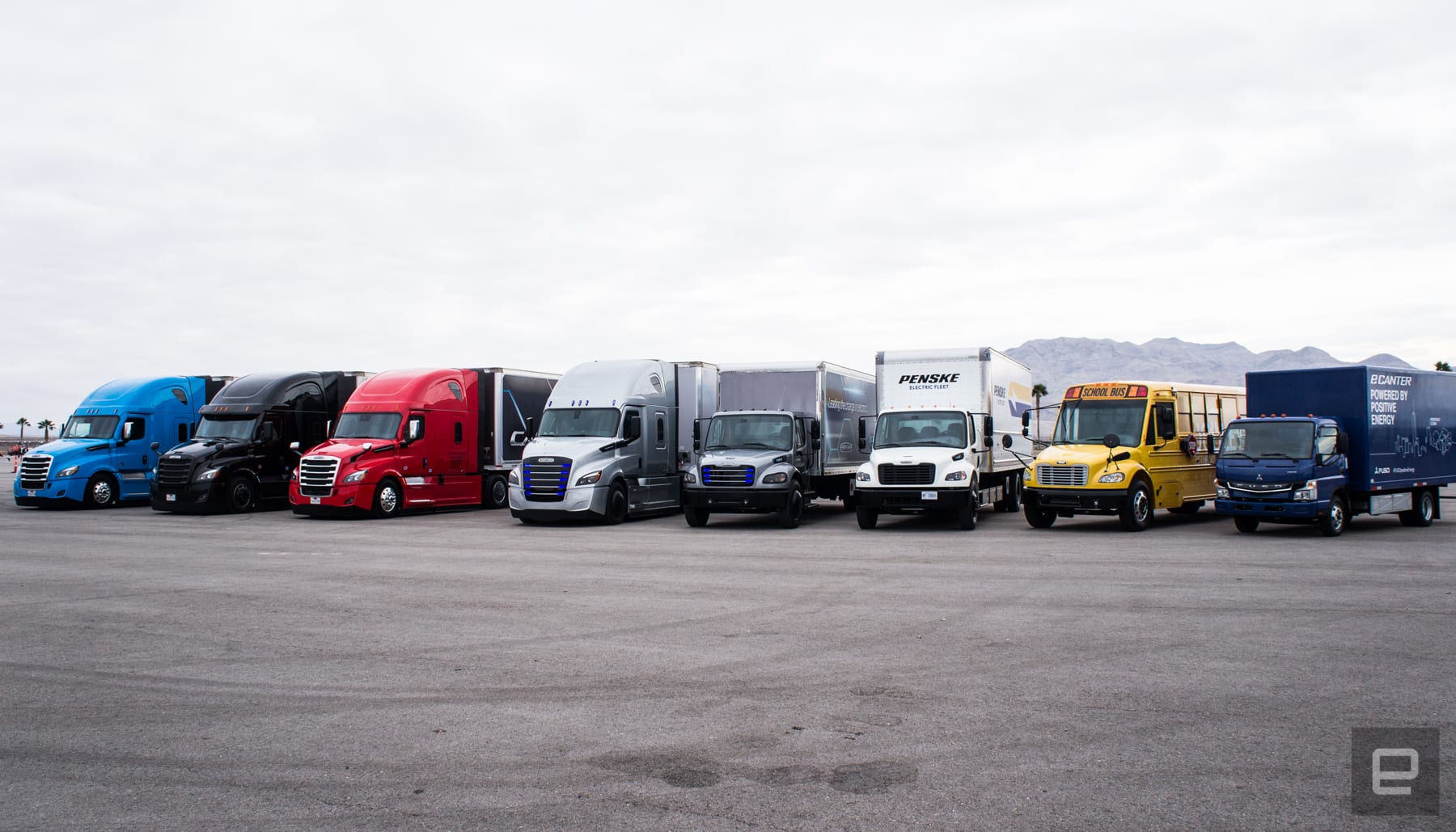 With level four in its sights, Daimler said that it would skip over level three and stop working on platooning. While having trucks electronically linked to reduce drag made sense on paper and worked in the lab, in the real world, platooning never lived up to the efficiency hype. If the following truck lost the link with the truck in front of it, it actually took more fuel to catch up to the leader truck.

At the event, Daimler also announced the introduction of the first level two (adaptive cruise control and lane keep assist) class 8 long-haul truck. The vehicle will go into production in July and could potentially be on the road by the end of the year.

In the next decade, there's the possibility that not only cars and SUVs will be driving themselves but also semi trucks. There's going to be a lot of napping on the freeway of the future.

All products recommended by Engadget are selected by our editorial team, independent of our parent company. Some of our stories include affiliate links. If you buy something through one of these links, we may earn an affiliate commission. All prices are correct at the time of publishing.
View All Comments
Daimler wants self-driving trucks on the roads in ten years