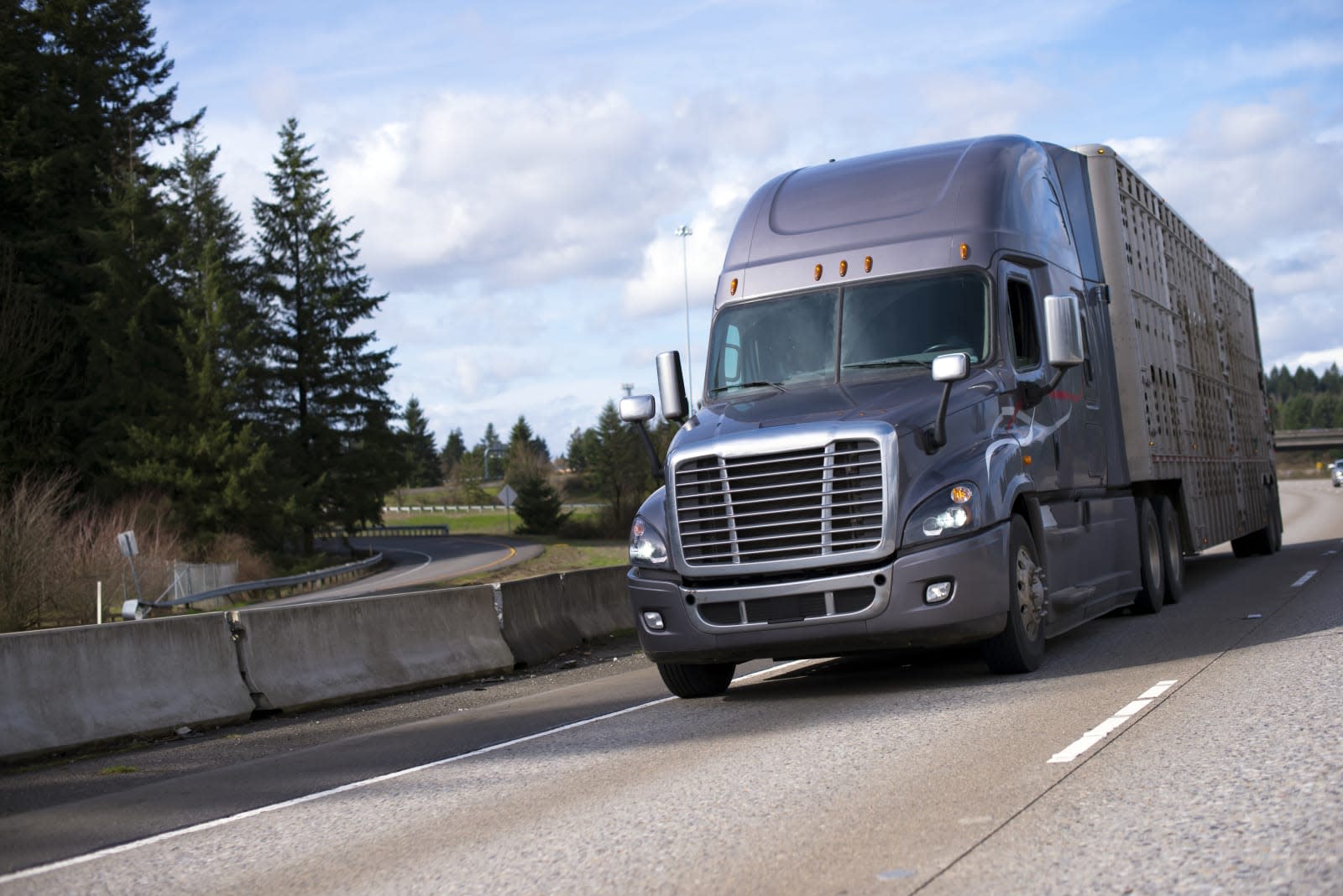 Most of the self-driving truck attention has revolved around Tesla's much-teased reveal of its EV big rig next month and all the auto companies rushing to introduce their own electric models. But there's another autonomous truck-related race to develop tech and mechanisms to enable the safe travel of extensive convoys of these vehicles, known as 'platooning.' At the North American Commercial Vehicle Show this weekend, German automotive titan Daimler announced its trucks will engage in 'platooning' tests on highways in Oregon and Nevada.

Daimler will start with a test linking two of its larger Freightliner New Cascadia trucks that are 'paired' to move in sequence, tech that the company first publicly experimented with in a 2016 Europe-spanning challenge. In short, the autonomous trucks will 'talk' to each other and coordinate their driving to maximize efficiency, including keeping the trailing vehicle behind the front one to minimize drag, similar to how trains of cyclists 'draft' behind the leading one. The self-driving tech is also safer behind the wheel than humans, Daimler's press release claims, reacting to traffic in three-tenths of a second when it typically takes a person more than one to respond.

'Platooning' has been on automakers' radar as an intriguing automated evolution to long-haul trucking. Back in January, Toyota and Volkswagen started a three-year truck convoy test. Even Tesla is investigating the technology, leaked DMV correspondence revealed.

In this article: autonomoustruck, AutonomousVehicles, Daimler, platooning, selfdrivingtruck, TL17SLFTRK, transportation
All products recommended by Engadget are selected by our editorial team, independent of our parent company. Some of our stories include affiliate links. If you buy something through one of these links, we may earn an affiliate commission.