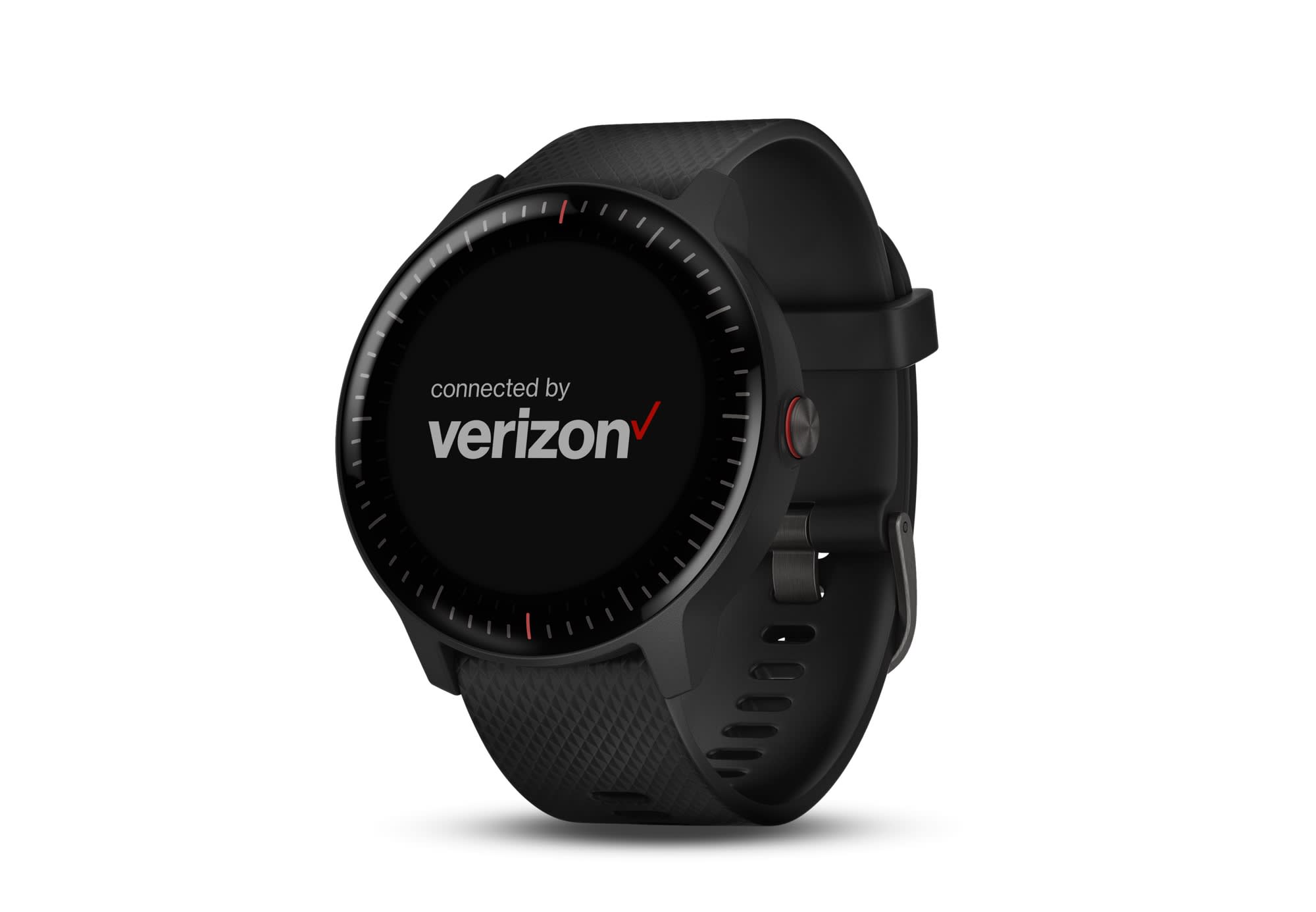 Garmin has made plenty of smartwatches in recent years, and today the company is introducing its first with LTE. It's an update to the existing, awkwardly-named Garmin Vivoactive 3 Music that can connect to Verizon's LTE network for a variety of features including text messaging, some safety-focused features and, naturally, music.

As with the non-LTE version of the Vivoactive 3 Music, the new model works with Spotify and Deezer. But rather than let users access their library and playlists to stream whatever they want from the watch, Garmin only says users can "download their favorite songs or playlists." Garmin says that users will be able to select playlists from their Deezer or Spotify accounts to sync to the watch regardless of whether they're on WiFi or LTE. So while you can't stream anything whenever you want, you can download any playlist you want over LTE and play it directly from the watch.

The LTE-capable Vivoactive 3 Music has a few other tricks that might justify paying Verizon for a data plan. Chief among those is a safety feature that lets users send an alert to pre-selected emergency contacts; sending that security alert also turns on real-time location tracking so an emergency contact knows where you are at all times. There's also a non-emergency "LiveTrack" setting that lets your contacts see where you are while you're out on a workout. Finally, the watch's "incident tracking" feature can detect unusual impacts when the user is running, walking or biking and will again alert your emergency contacts and share your real-time location.

As for other communication features, the Vivoactive 3 Music can also send and receive texts messages. Finally, the Garmin Pay virtual wallet can work over LTE now, definitely a handy feature to have on a smartwatch. It's hard to say if these features will be enough for users to choose the LTE version over the standard model, particularly since we don't know how much the LTE-capable watch will cost yet. But there's definitely a segment of the market for whom an always-connected watch makes sense, so we'll be keeping an eye out for more details -- pricing and availability should be revealed later this quarter.

In this article: ces2019, fitnesswatch, garmin, gear, smartwatch, verizon, vivoactive3music, wearables
All products recommended by Engadget are selected by our editorial team, independent of our parent company. Some of our stories include affiliate links. If you buy something through one of these links, we may earn an affiliate commission.