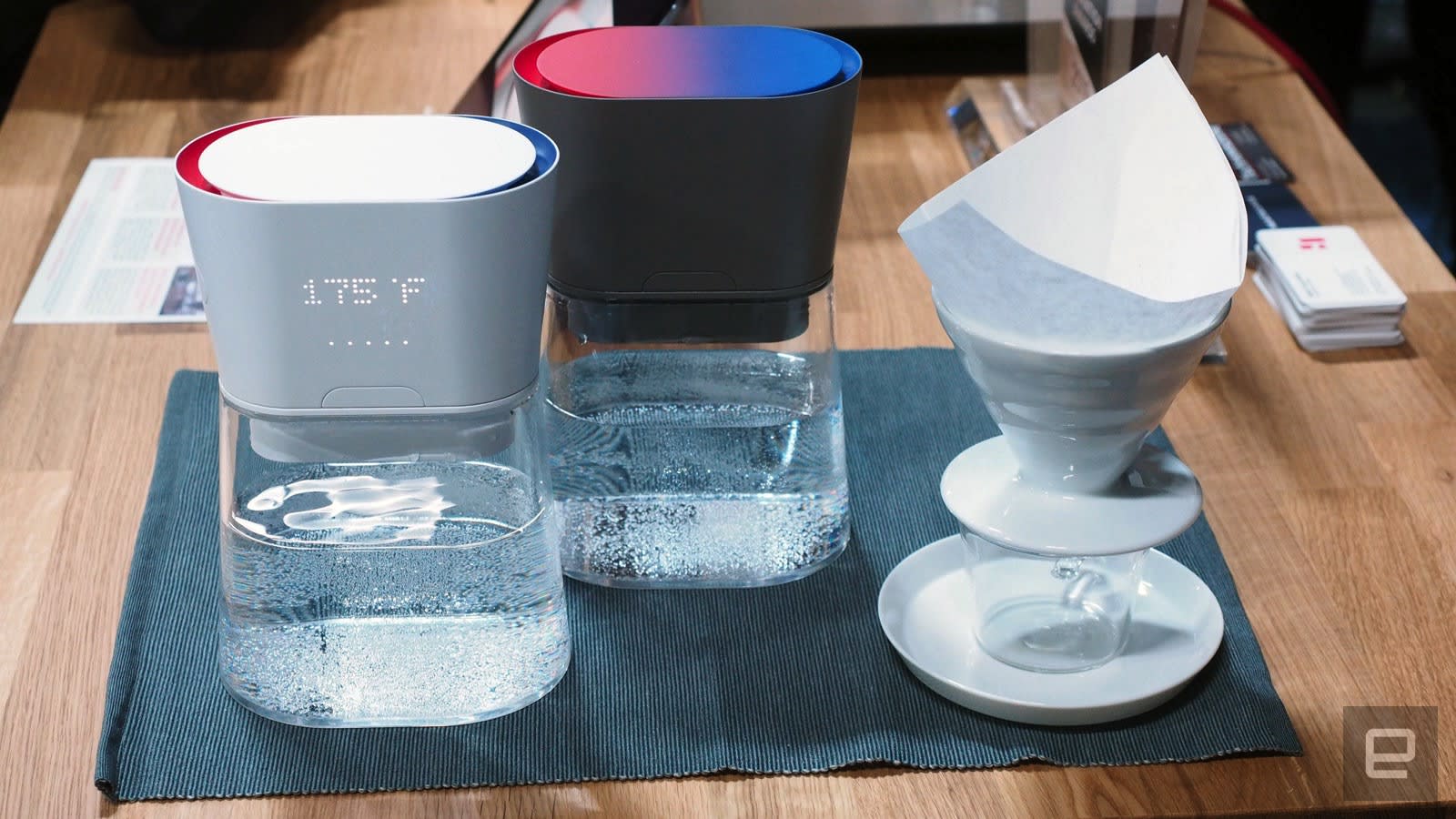 We're all thinking it: Waiting for the kettle to boil is so 2018. But that hot minute of idly poking Insta while you await your coffee fix could be eliminated if Heatworks has anything to say about it. The company has created Duo, a "carafe" that heats water, instantly, as you pour it. It may look like a stylish Brita filter -- and filtration is part of the package -- but thanks to the graphite electrodes in its upper half, water is heated within 1°F of your desired temperature as it leaves the vessel.

Since you can tweak the output temperature, you can set it to 200°F for your coffee, or tone it down to 180°F for your green tea. There are a couple of other advantages to the graphite heating elements tucked away inside (officially called Ohmic Array Technology), which can also be found in Heatworks' home electric water heater and compact worktop dishwasher. They don't scale or rust, meaning they never require maintenance, and they're efficient too. So much so that the carafe is battery-powered, though one charge is only good for heating one full reservoir. Heatworks imagines you'll keep it tethered to a socket using the magnetic charging cable the majority of the time, though.

Oh, and the Duo can also cool water, too, as long as you pour it out the correct side (hence the product's name). It won't be ice cold, but cooler than when it went in. Heatworks didn't have a working prototype at the Unveiled event here at CES, but hopes to launch the consumer-ready model by the end of the year, and for under $200 at that.

In this article: carafe, ces2019, duo, food and drink, food-and-drink, foodanddrink, gear, graphite, heatworks, heatworksduo, home, kettle, water, waterfilter
All products recommended by Engadget are selected by our editorial team, independent of our parent company. Some of our stories include affiliate links. If you buy something through one of these links, we may earn an affiliate commission.