Hisense's new ULED XD has two panels, instead of one

The TV technology has a 4K RGB panel up front, grayscale 'round back.

Hisense is clearly a fan of that Xzibit meme in which the Pimp My Ride star announces that he's put a thing inside a thing. That must be the explanation for how it came to its latest TV technology, dubbed ULED XD, which crams not one, but two panels inside its case. The company says that ULED XD's proprietary technologies include better chipsets and image processing algorithms that offer "incredibly deep blacks and dazzling brightness."

ULED XD's secret sauce, of course, is the pairing of two panels that sit in front of the LED backlight, with a 4K RGB display up front. And, sandwiched between the 4K panel and the backlight is a 1080p greyscale panel that displays the image in black and white. That means that, for local dimming, you'll actually be looking at both a dimmed LED source and a B&W image, which should offer far deeper blacks.

The company hasn't offered up many concrete specifications, but says that the TV offers more than 2,900 nits of brightness and the "highest dynamic range" seen on an LCD panel. And, of course, it's hard to judge from a flashy presentation alone how well this will operate on a day-to-day basis. But it'll be interesting to see how this tech works out in the real world, and if the additional grayscale panel makes a big difference. 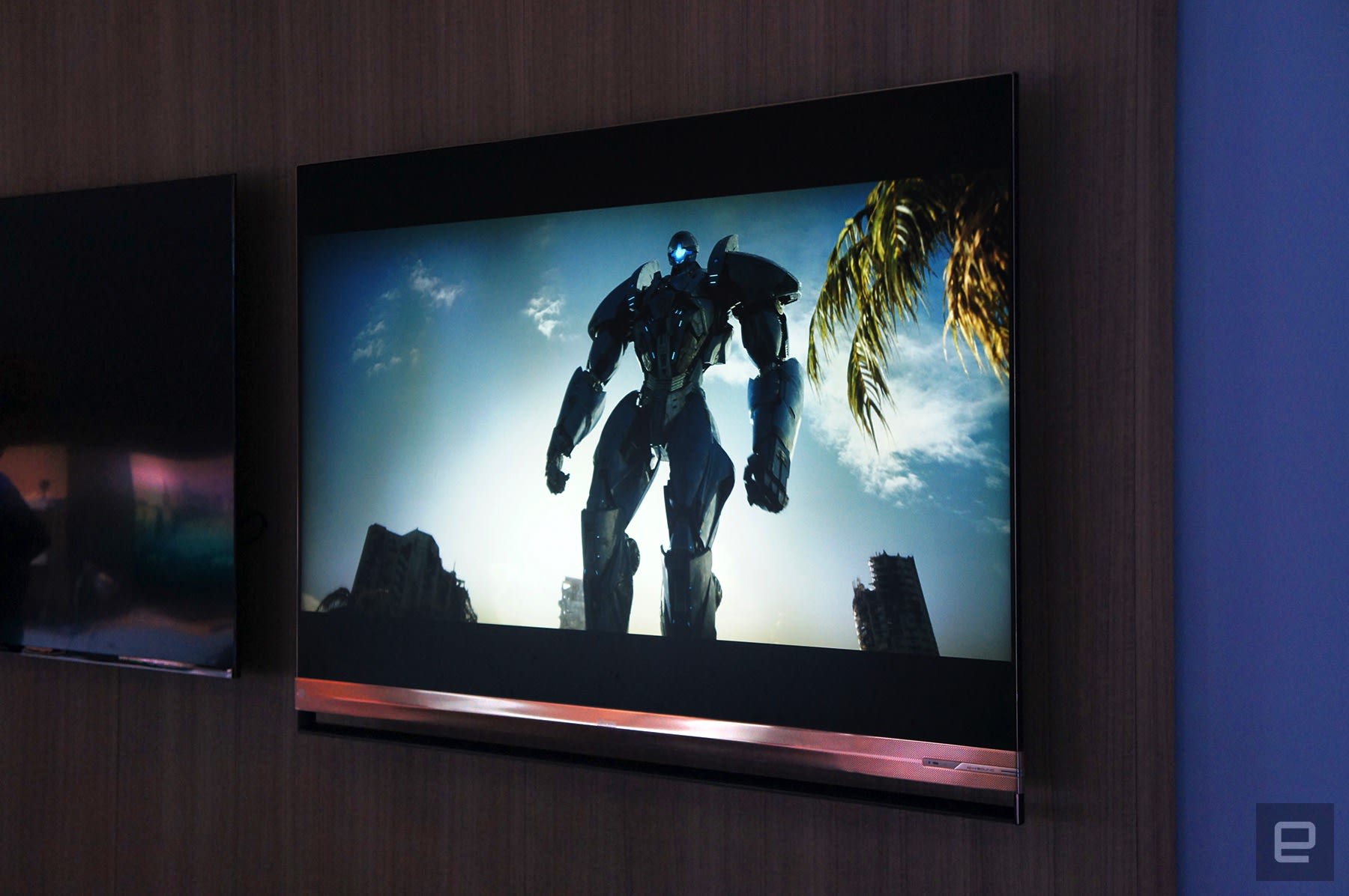 In a brief demo, watching an excerpt from Pacific Rim: Uprising, the image looked richer, and the blacks did look pretty deep. But then again, a canned demo on a company's CES booth should always show a technology like this in a good light. It'll arrive in China at some point this year, but there's no word on how much it'll cost and if the technology will make it over to this side of the globe. The one thing we do know is that it's apparently cheaper to build than certain other technologies, which is cheering.

At the same event, Hisense showed off a number of products that it feels will help it gain more traction in the global market. That included its latest short-throw projector, dubbed the TriChroma Laser TV, that pushes 4K video onto your wall up to 120-inches wide. The flagship includes HDR10 and a bulb rated for 3,200 lumens, as well as the usual support for Amazon Alexa and built-in Harman Kardon sound. The Laser TV will also be one of the first to run Hisense's new VIDAA OS that will complement its Android TV and Roku units. 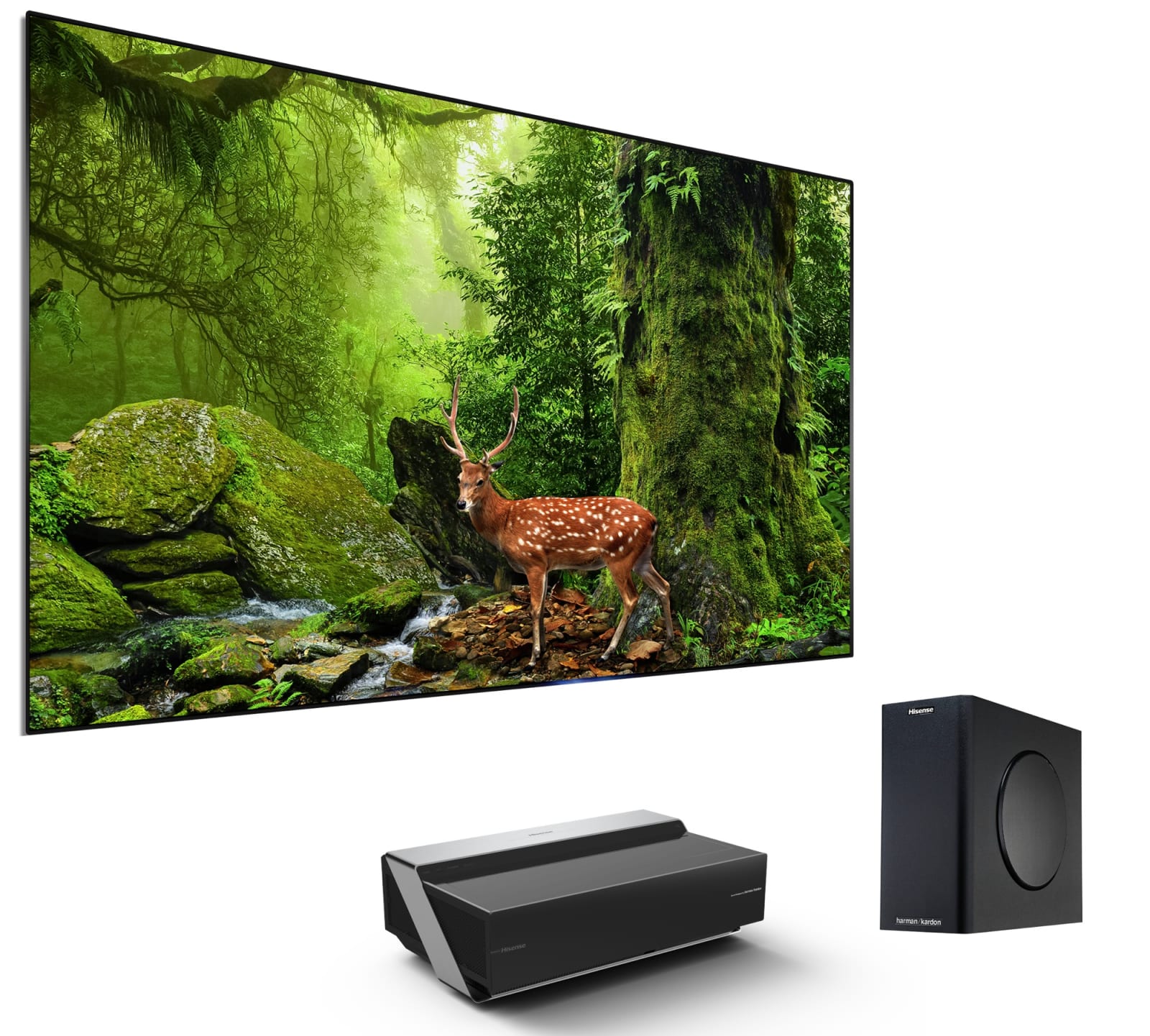 Hisense also wanted to talk about a new design language it's pitching, called "One Design," for TVs that can be flush mounted to the wall. The Hisense Sonic One is the first model in the range, and measures 1.1-inches at its deepest point, but unlike LG's super-thin TVs, these have sound built in. A piezoelectric speaker behind the panel "pumps sound" toward viewers, drowning out you bragging about your TV.

Naturally, the company had to show off its more mundane series of TV sets, including the new flagship U9F. The 75-inch Quantum Dot TV comes with a 2,200 nit backlight, Dolby Vision and wide color gamut as well as an AI-based "picture quality algorithm." The U9F will cost $3,500, but there are plenty of new Roku and Android TV models that range from the 65-inch H9F ($1,000) down to the 32-inch H5 ($170).