Intel led its CES press conference today by announcing a lineup of no less than six new 9th-gen processors, but it's looking towards a future beyond these chips, too. The company shed some light on a platform that's still in development, codename Lakefield, which is expected to go into production in 2019. It's a hybrid design featuring a primary 10nm Sunny Cove core, complemented by four 10nm Atom cores. We assume it'll operate like many mobile chips do already, with different cores handling different tasks based on how resource-intensive they are, maximizing efficiency and power. 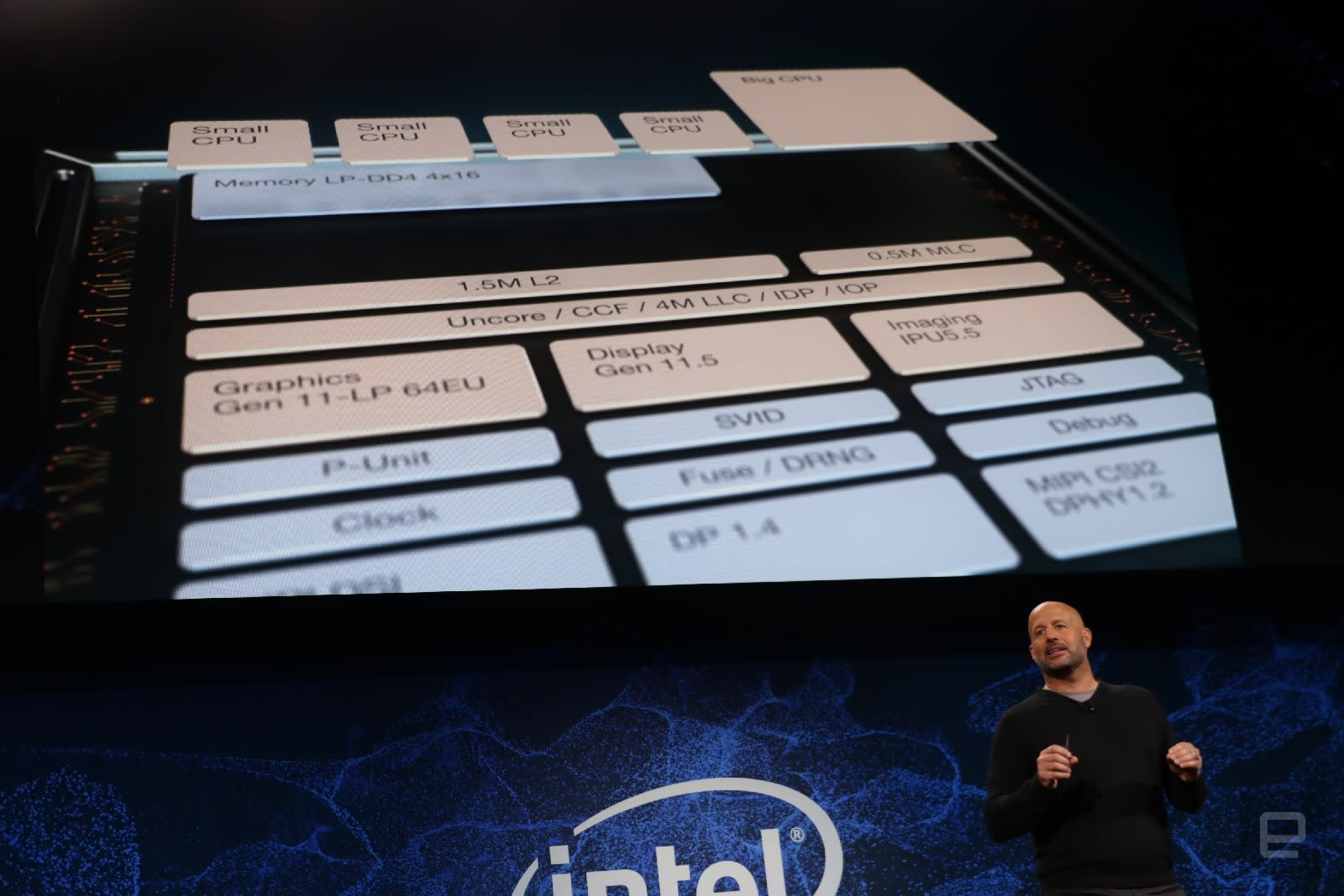 What's more, using Intel's Foveros 3D chip stacking technology, multiple copies of the platform can be sandwiched together without bloating Lakefield's overall footprint. It was shown off on-stage, appearing no bigger than your standard chocolate bar, alongside two prototype systems that demonstrate it's fit for devices from smaller tablets to regular-sized laptops. 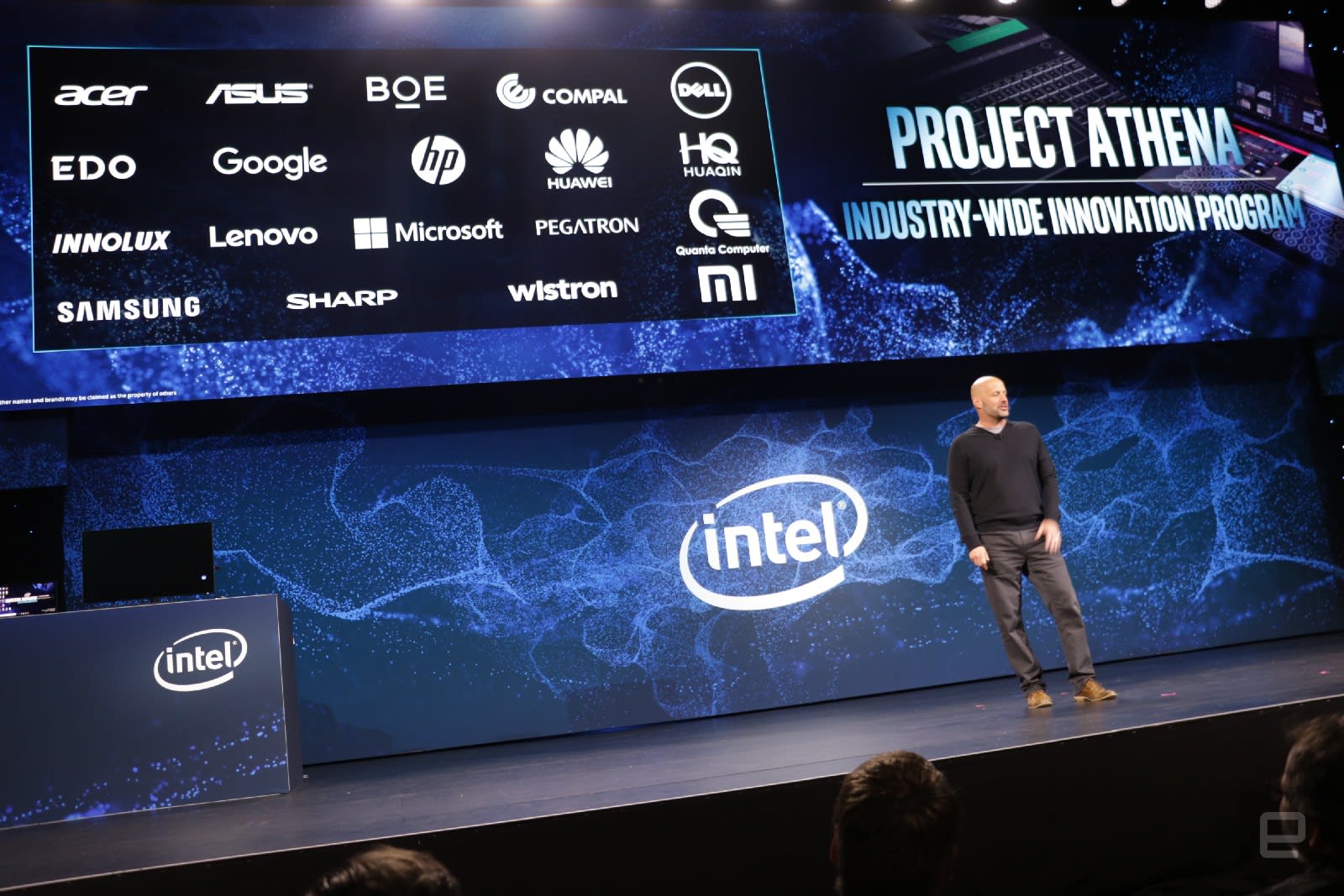 That's as much as Intel revealed on stage, but we certainly know more about Lakefield than we do another clandestine Intel scheme, known as "Project Athena." Intel described this initiative as similar to the industry-wide Ultrabook push of many moons ago. The first Project Athena laptops, from partners such as Acer, Asus, Dell, Google, HP, Innolux, Lenovo, Microsoft, Samsung and Sharp, are expected to be available later this year. Intel is being a tad vague about what it will take to qualify as a Project Athena machine, but the general rule is they will offer excellent design, performance, battery life, connectivity, and play nice with emerging technologies like AI and 5G.