LaCie (and its parent Seagate) is still determined to inject some style into the world of external hard drives -- thankfully, with some improved functionality as well. Its 2019 Mobile Drive touts a chiseled-looking "diamond cut" metal design that wouldn't look out of place next to a MacBook Pro (you can still use it with Windows PCs, of course). The real allure, though, is the raw capacity -- you can opt for a 5TB version if you're editing gobs of media on the road, and even the slim version packs 2TB.

If raw performance is more your thing, a similarly-styled Mobile SSD promises up to 2TB of space with read speeds as quick as 540MB/s. It's also slightly more rugged with drop resistance from heights up to 9.8 feet. The LaCie team hasn't said how much either drive will cost, but you can assume that the 5TB hard drive and 2TB SSD will cost a pretty penny.

Seagate, meanwhile, is catering more to enthusiasts and everyday users. The FireCuda 510 is a gamer-oriented NVMe drive that mates up to 2TB of solid-state storage with sequential read and write speeds of 3,400MB/s and 3,100MB/s respectively. If you just need extra space but still crave some aesthetics, the USB-C Backup Plus Ultra Touch adds a "tactile" fabric texture while the USB 3.0-based Backup Plus Slim and Backup Plus Portable offer more conventional part-metal shells.

Prices for the FireCuda aren't available as we write this, although you'll have to wait until March to pick one up. You won't have to wait as long for the Backup Plus line. The Ultra Touch arrives in late January in 1TB ($70) and 2TB ($90) editions. The Slim and Portable arrive in late February, with capacities dictated by size. The Slim comes in 1TB ($60) and 2TB ($80) forms, while the Portable is available in 4TB ($110) and 5TB ($130) variants. 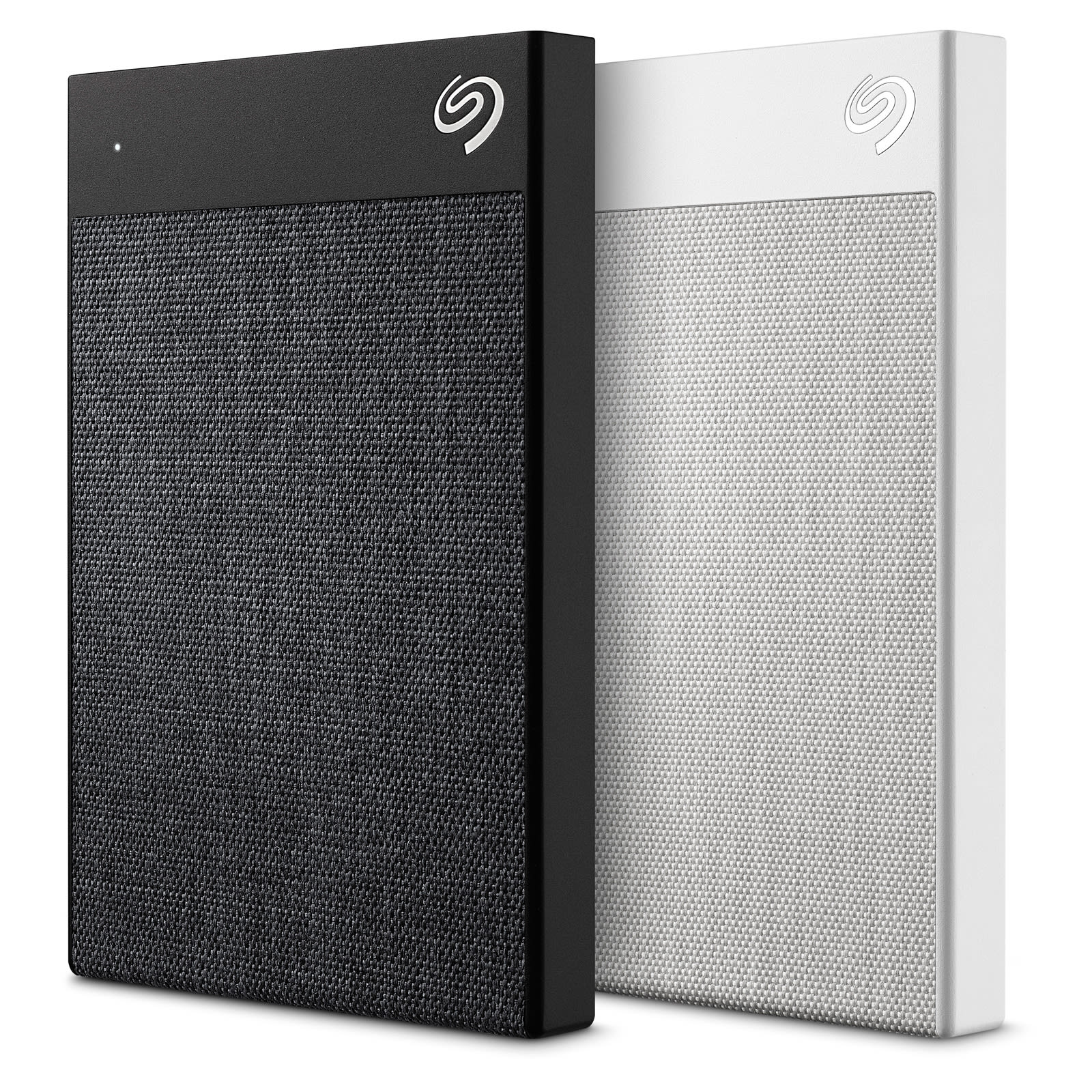