It uses biompedance to give a body composition and hydration level reading.
R. Lawler|01.09.19
@Rjcc

In May Aura closed a relatively modest $109,000 Kickstarter for its Band, a fitness tracker that it says uses biompedance analysis to monitor "fat, muscle mass, minerals, and body water." We spoke to the people behind the Band, who said it is available for sale now and starting to ship to backers -- it was scheduled to ship in August, but comments on the page suggest few, if any have received one yet. 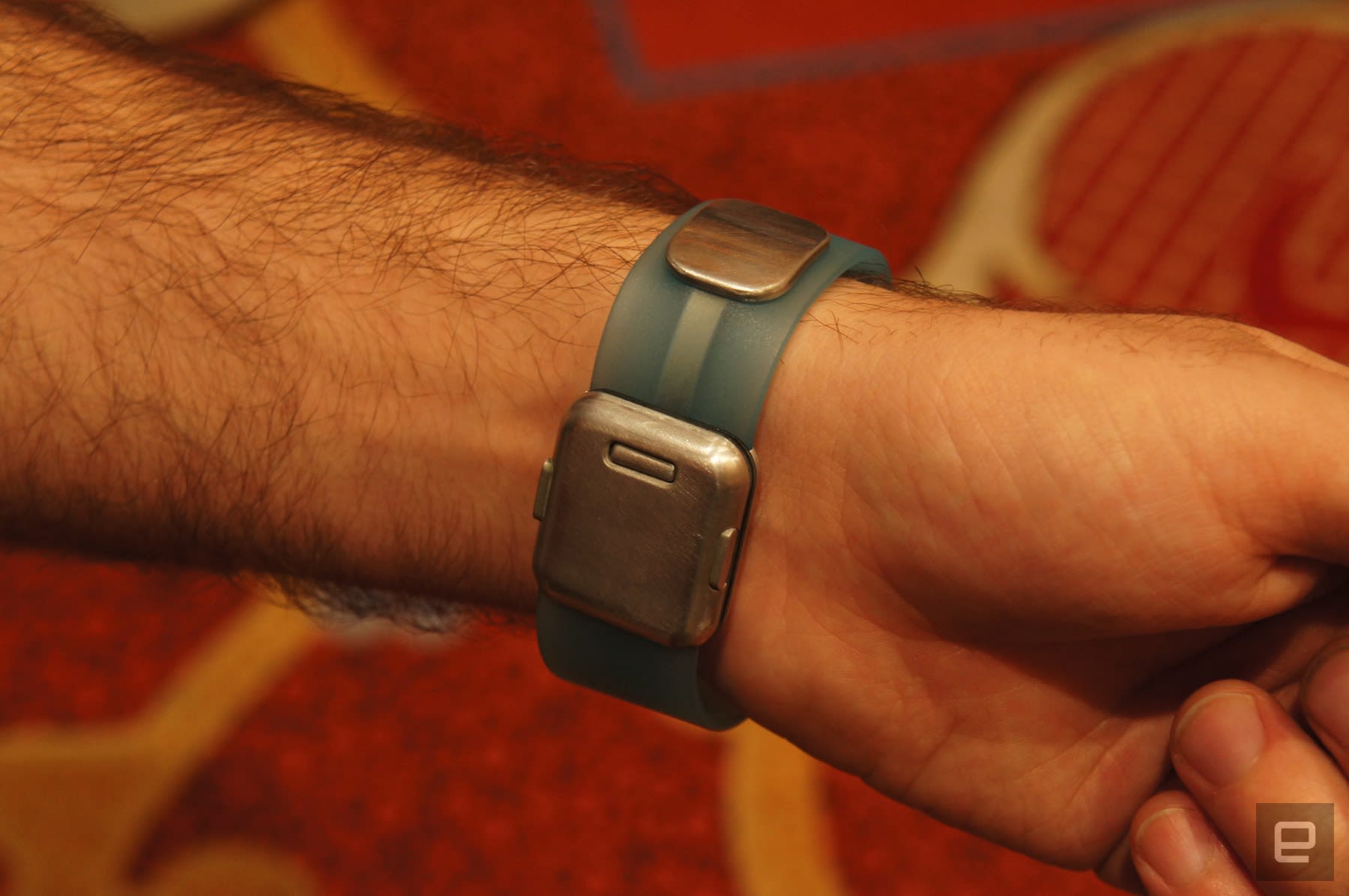 While it works on providing a supply of the $179 wearables (currently on sale for $134), Aura is already showing off its next device: an Apple Watch "Smart Strap." It contains the same features as the Band, zapping electricity through the wearers body and return a reading showing weight, water, fat and muscle -- just push the button on the Strap and touch its electrodes for five seconds. By itself, the Apple Watch 4 mostly tracks movement in addition to heart rate with its electric and optical heart rate sensors.

We didn't get a chance to go body-on with the device or compare it to any other methods, like similarly-equipped scales or a set of calipers, so we can't confirm its accuracy ourselves, but it worked smoothly and consistently on the show floor. Priced at $89, the Smart Strap is supposed to start shipping in Q2 of this year.