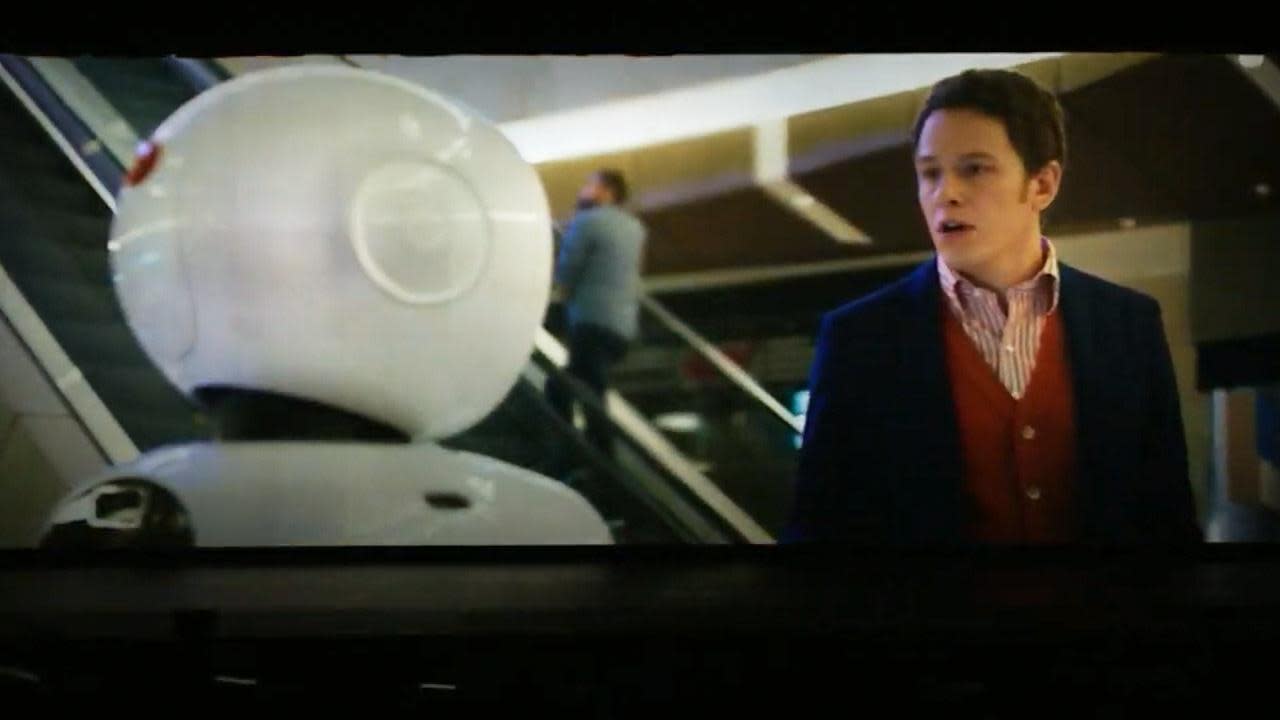 The point of a concept video is to be aspirational, showing how happy and beautiful we'd all be if we just bought what we're being sold. But, at LG's CES 2019 keynote, the Korean company showed off its vision of a ThinQ AI future that's worse than what we have today. Mostly because -- and this is LG's official sales pitch for its technology -- its AI is going to be a complete asshole.

It opens with Mark Young, jet-lagged after a long business trip, being irritated awake by his smart home's AI assistant. Rather than gently waking him, the device plays music he doesn't enjoy, needles him awake and runs the robot vacuum under his bed. So much, then, for being gently woken by pleasant tunes with the aid of a daylight simulation bulb to benefit our circadian rhythms.

When our hero opens his refrigerator, he finds milk he doesn't drink and is cajoled into cooking a meal he barely wants. The house knows that his sister is coming over, and bought milk for her benefit, without Mark's consent. And when she arrives, it seems like her and the house have organized a blind date for Mark, and the house starts telling him what clothes he should wear.

Mark gets no solace in the self-driving pod he and his sister take downtown, either, which bombards them with ads from the stores that they're passing. Our hero, sulking, watches football on the pod's wraparound screen, he's clearly acting up in defiance of the henpecking AI.

When Mark reaches the restaurant, he's directed to the correct floor by a robot, and his order is taken by a robot server. It tells him to order the banana pancakes, the ideal first-date food, and Mark — so used to being ordered around by automata — obliges. Some romantic comedy hijinks ensue, where Mark thinks he's been stood up, nearly leaves, but winds up meeting his intended anyway, and it all ends well.

The robots go in hard and heavy, too, showing heart-eyes emojis in their face screens and even switching the lights out in nearby office buildings. If an AI will shut down a whole neighborhood's lights to make a cute heart symbol for someone else, you have to wonder: what else is that selfish software jerk gonna do?

In this article: CES2019, Concept, ConceptVideo, gear, home, lg, ThinQ, tomorrow, transportation, video
All products recommended by Engadget are selected by our editorial team, independent of our parent company. Some of our stories include affiliate links. If you buy something through one of these links, we may earn an affiliate commission.