Lumen claims a 'single breath' can help you lose weight

Last August Lumen raised nearly two million dollars on Indiegogo for its metabolism tracking device, and now at CES it's ready to show the final consumer product. The plan behind Lumen is that owners will breath einto it multiple times a day, let it measure their changing metabolism -- via carbon dioxide readings -- and (in theory) have a better handle on what workouts or meals work best for them to burn fat. We didn't go mouth-on with the $300 vape-like device, but it's small and pocketable enough to be carried so someone can use it as intended. 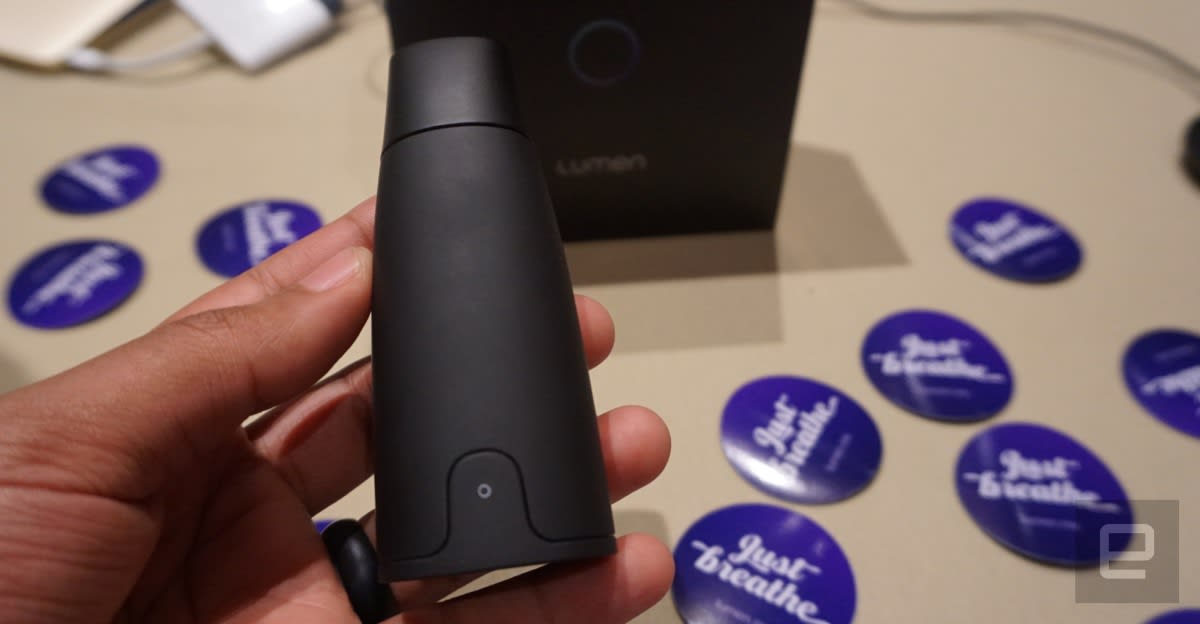 Lumen cites research that it says shows testers lost weight while monitoring their bodies with the device, but like any crowdfunded hardware the big question is whether backers will ever actually see one. Right now things look good. While a similar device, the Path Breath+Band has failed to ship after its 2016 Kickstarter, Lumen has said it's on track to ship backers their devices in July, while anyone pre-ordering now can expect one as soon as August. 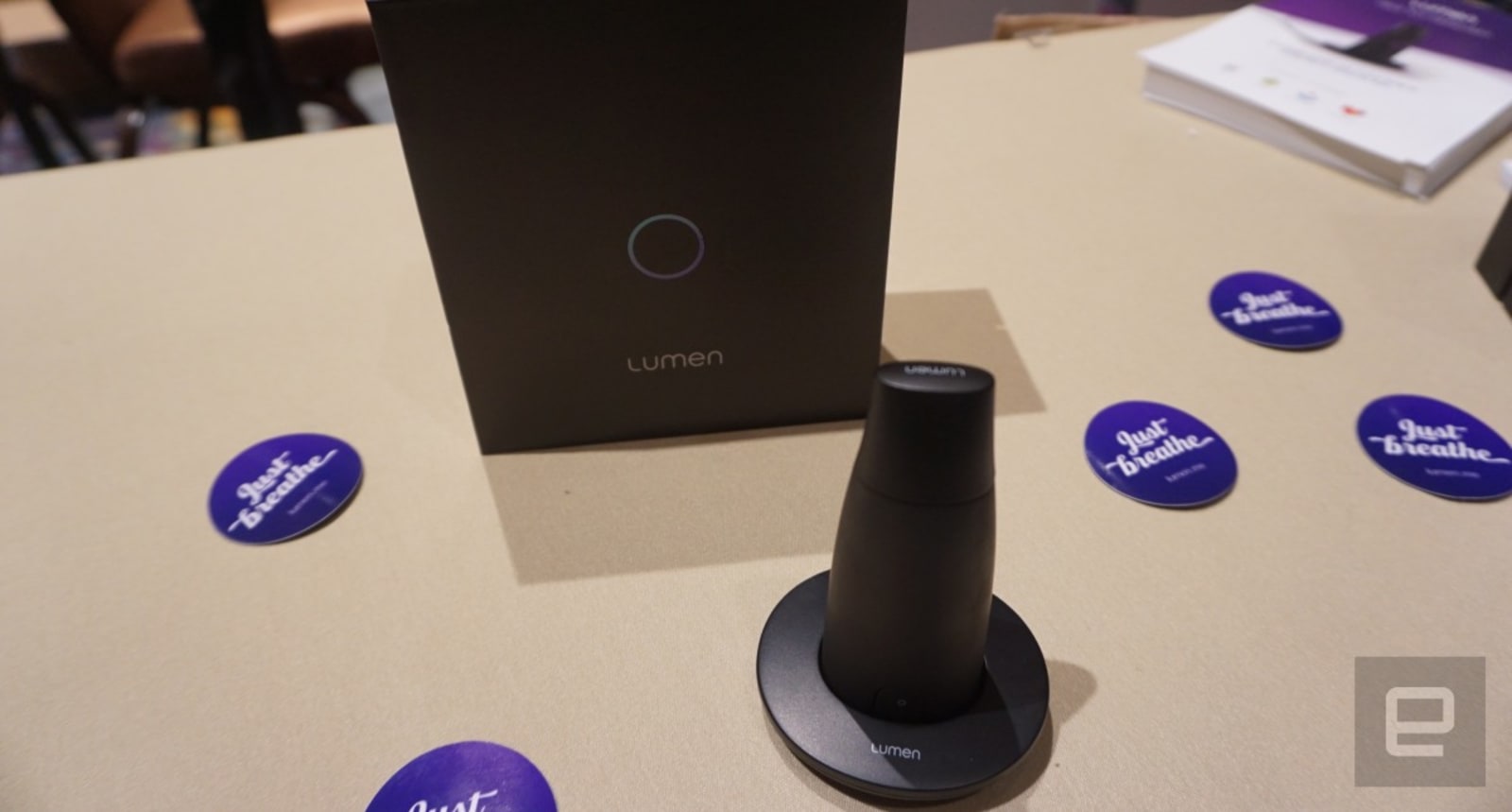 Of course Lumen is a modern, smart device, with links to Apple Health / Google Fit, and if you're obsessed with stat tracking then it could be right up your alley. While staying mindful of your choices about what to eat and staying active can certainly assist in better health, I don't know if this specific approach will actually help anyone lose weight. But once the device crosses the barrier of actually being available to interested consumers -- and judging by the funds raised there are many -- we can get some real-world data.