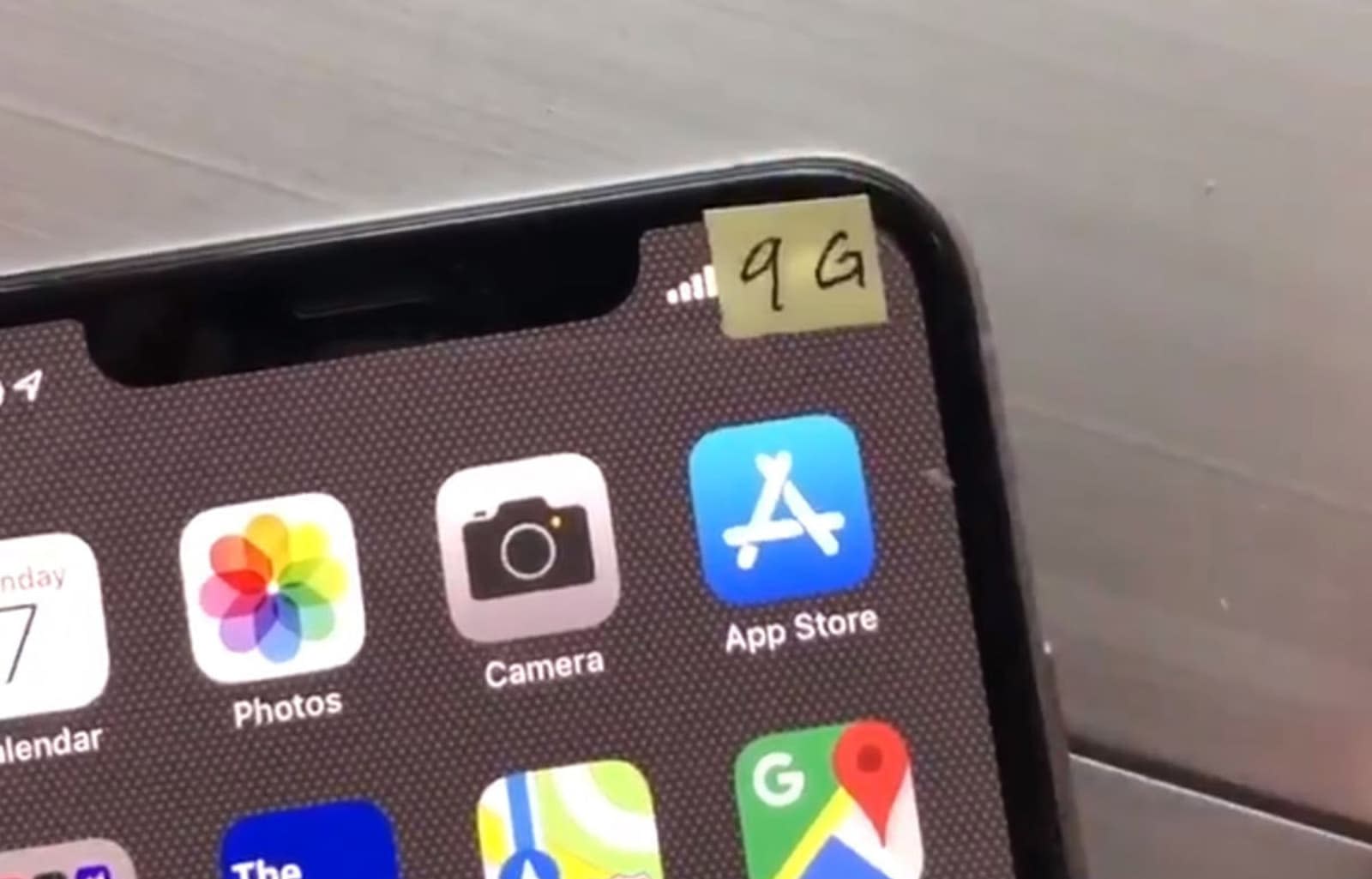 When AT&T admitted that its new 5G network was actually regular old 4G LTE with a fresh logo, the internet was having none of it. It might have become a trend among wireless operators, but fortunately Verizon, Sprint and T-Mobile have also given their rival the gears.

Verizon (Engadget's parent company) wrote a serious letter, tut-tutting AT&T for the move without mentioning them by name. "The potential to over-hype and under-deliver on the 5G promise is a temptation that the wireless industry must resist," it said. "We're calling on the broad wireless industry to commit to labeling something 5G only if new device hardware is connecting to the network using new radio technology to deliver new capabilities."

didn't realize it was this easy, brb updating pic.twitter.com/dCmnd6lspH

T-Mobile, however, took another tack more fitting its corporate personality by roundly mocking its competitor on Twitter. "Didn't realize it was this easy, brb updating," it wrote under a video showing someone simply taping a "9G" sticker onto an iPhone.

Sprint hadn't responded to our request for comment when this article was published, but they did provide a strong statement later from CTO Dr. John Saw. "AT&T is blatantly misleading consumers -- 5GE is not real 5G," he said in a statement to Engadget.

All three companies are making the same point: It's highly dishonest to claim that old technology is new. Even though LTE has improved over time thanks to carrier aggregation, 256 QAM, 4x4 MIMO and other buzzwords, the tech is still completely different from mmWave, i.e., 5G. Also, unless you have a brand new smartphone that supports the tech, you won't benefit from all the MIMO and QAM anyway.

Ultimately, Verizon put it pretty well: "People need a clear, consistent and simple understanding of 5G so they are able to compare services, plans and products, without having to maneuver through marketing double-speak or technical specifications." Whether all this shame will force AT&T to reverse the move remains to be seen, but if not, perhaps the FCC needs to act.

Update, 1/8/19, 4:30PM ET: This post has been updated with Sprint's response, which they hadn't provided to us when this story was originally published.

In this article: 4G, 5G, att, Fake5G, gear, LTE, mobile, MobileSpeed, t-mobile, TL19ATT5G, verizon, Wireless
All products recommended by Engadget are selected by our editorial team, independent of our parent company. Some of our stories include affiliate links. If you buy something through one of these links, we may earn an affiliate commission.