There are also Public Homes to invite guests to your virtual space.

It's now much easier to share what you're doing on your Oculus Rift, even if people are nowhere near your living room. Oculus is starting to roll out an update that introduces broadcasting on Facebook Live. Switch it on and you can livestream the view from your headset to friends or the public. It's up to developers to decide whether or not they include the feature, but "hundreds" of apps (including Echo VR and Dead & Buried) are ready for the feature right now.

You can bring more people into the virtual world, for that matter. Oculus now offers a Public Homes beta that lets anyone ask to join your VR social space. You can find spaces that line up with your interests and, potentially, make a few online friends. Not surprisingly, there are tight safety controls to let you mute visitors, report abuse and otherwise keep guests honest.

Both features are live now for people who've opted into the Public Test Channel, but they should be available to everyone later in January. 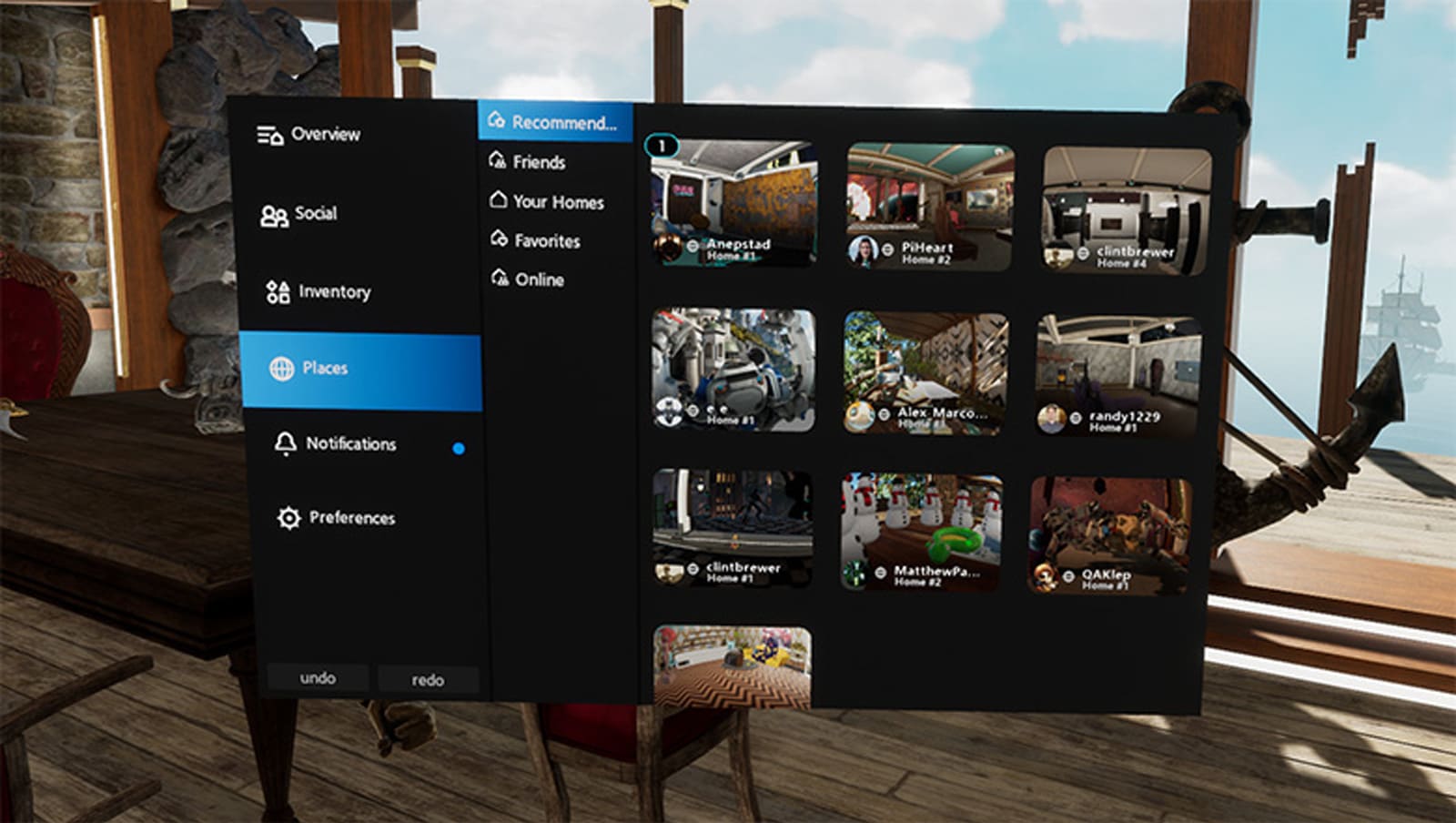