A retro display for images, animations, widgets and games.

We've seen a couple of attempts at marrying screens with attire to create endlessly customizable fashion, but so far none have actually made it to market. At first glance, the Pix Backpack looks like another one of these intriguing accessories that never escapes the concept stage. The Kickstarter pitch promises a backpack with a retro-aesthetic display you manipulate using -- you guessed it -- a mobile app. The app features a library of images, animations, widgets and even games that populate the low-res color screen, or you can make your own pixel art through a simple editor. The Pix Backpack isn't just a quirky idea destined for the halls of vaporware, though.

Checking it out on the CES show floor, the thing is a fully developed product that's around a month from launching. From a purely functional point of view, the backpack is a good shape and crafted from nice, robust material. It's a bit big for kids but the Pix peeps are working on a smaller model after this one goes to market. There are a bunch of internal pockets to stop your stuff from jumbling around, and the LED display that's disguised by a layer of fabric doesn't seem to add any extra weight to the accessory. 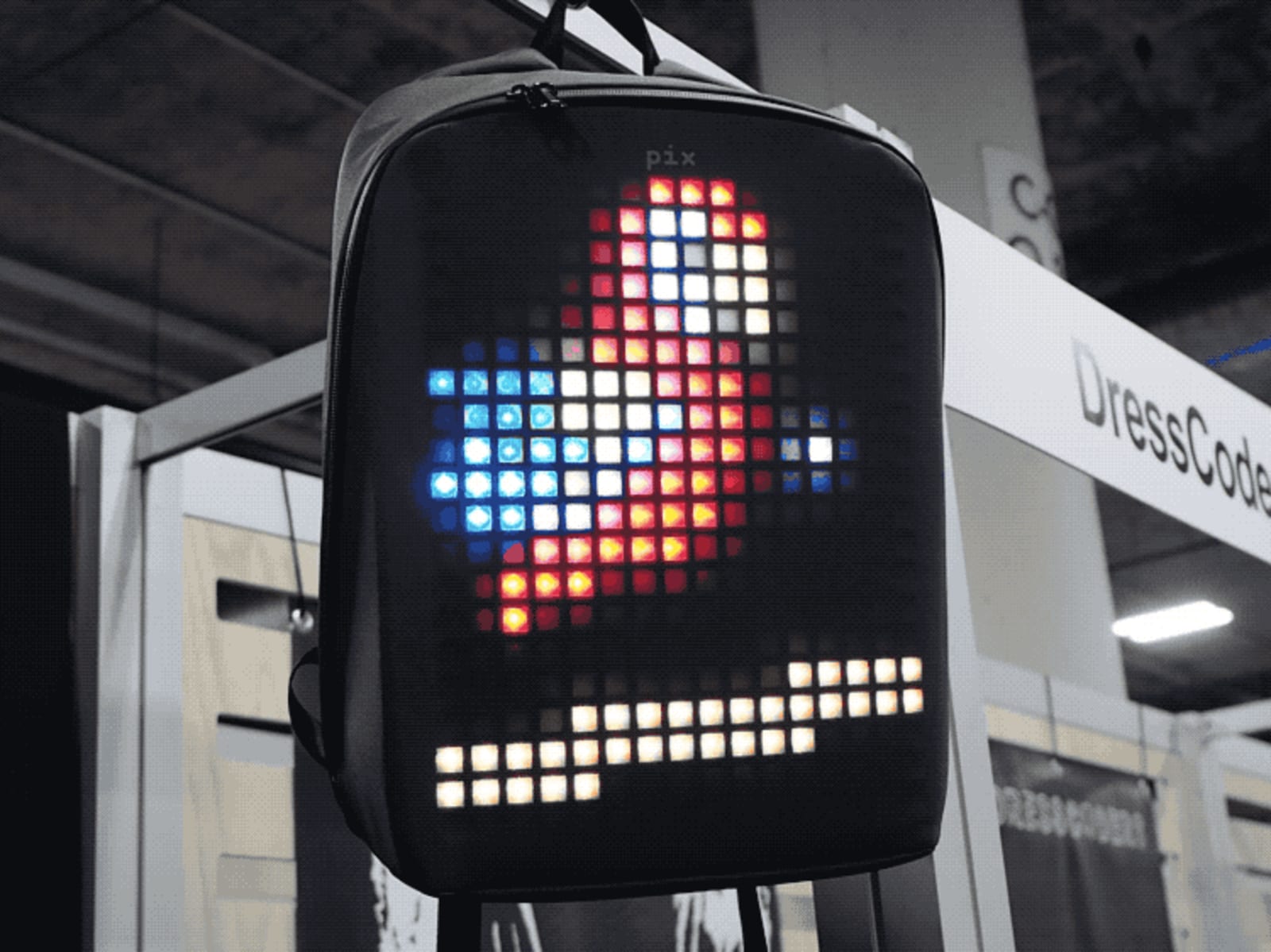 There doesn't appear to be any obvious 'catch.' All the electronics are waterproof, and the display itself is completely flexible and generally life-proof. Sure, the app isn't as fully featured as the original crowdfunding pitch promised yet -- a Tetris clone is the only working game right now, for instance -- but it all just... works. You do have to provide your own power source, but I'm told a standard 10,000mAh mobile charger will keep the display live for five to six hours, and the type of person the backpack will appeal too probably has one of those on them at all times anyway. 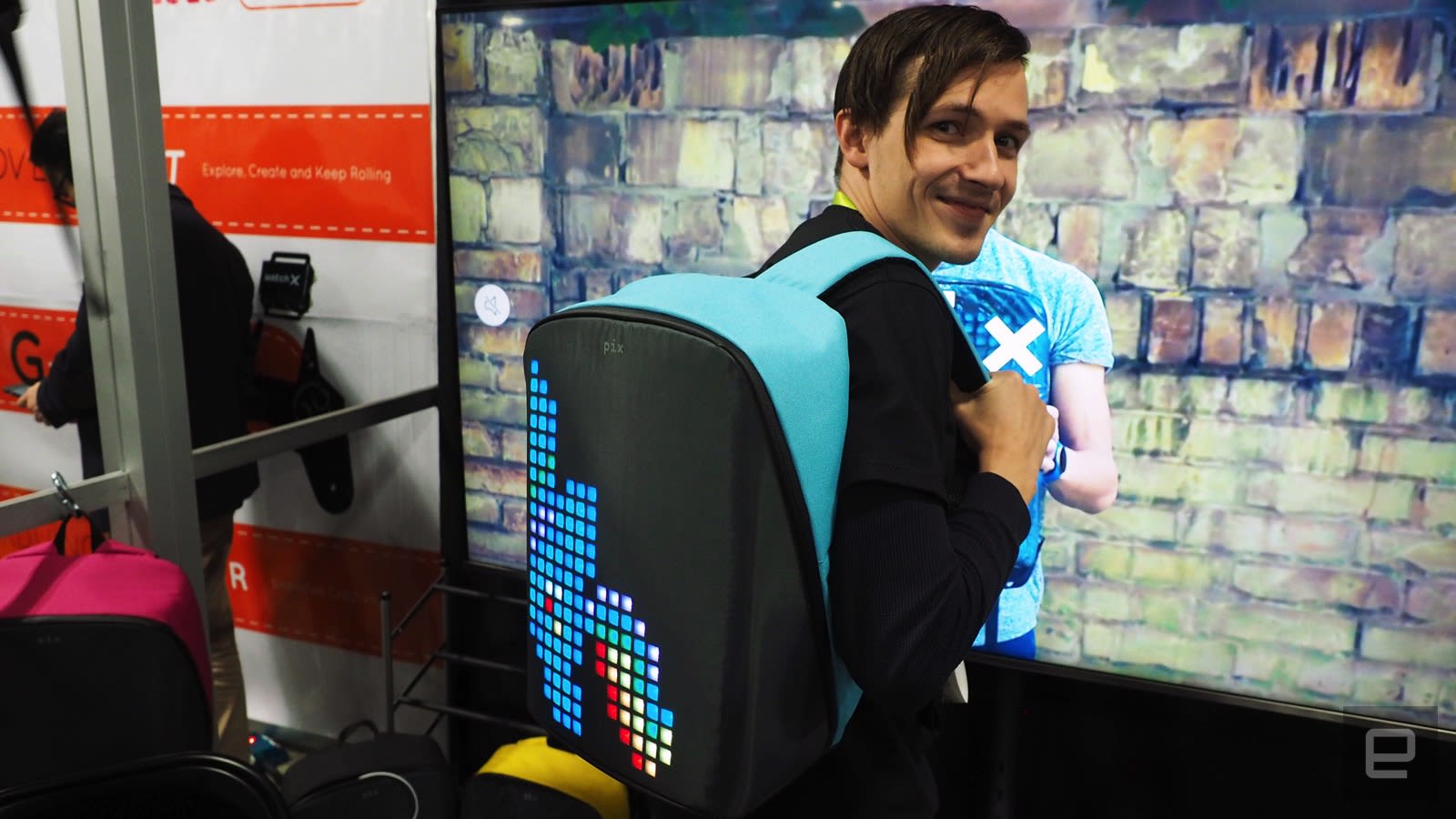 The Pix's cost might end up being the major sticking point. With early adopter pricing available through the backpack's Kickstarter and Indiegogo campaigns a distant memory, anyone wanting to pick up one online a month or so from now will have to cough up $260 for the privilege. You may think the idea of lugging around a customizable screen is nonsensical, of course, but if you're the multicolored kick-wearing type, this could be another way for you to wear your personality.