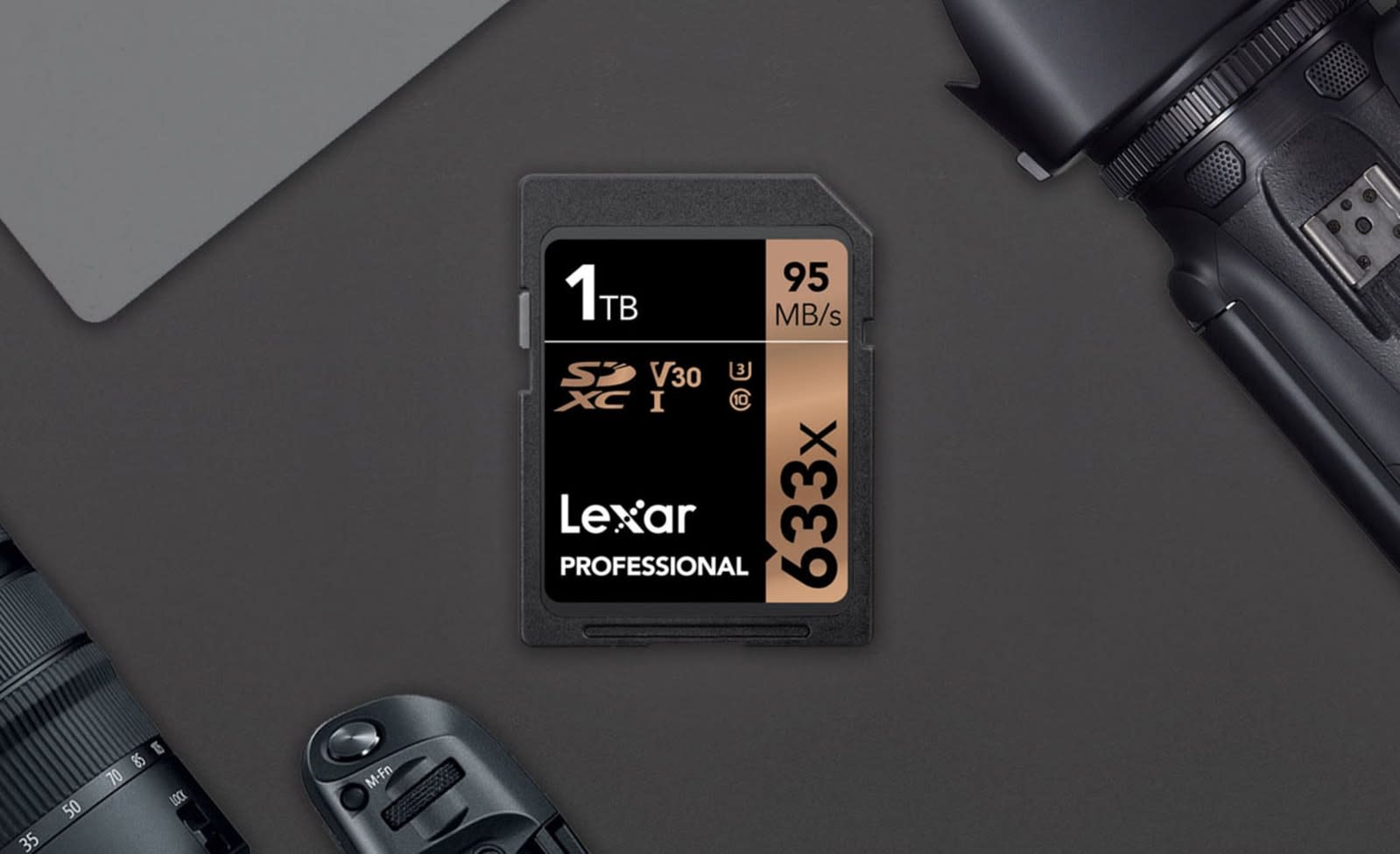 Lexar has unveiled the first ever 1TB SDXC flash memory card for cameras that will actually go on sale to the public, the Professional 633x. It's a UHS-I rather than a much faster UHS-II model, but runs at the top limit for a UHS-I card at 95 MB/s (class 10). That should be fast enough for most cameras to capture 4K video (class V30) and a long burst of RAW photos.

SanDisk was actually the first company to introduce a 1TB SDXC card way back at Photokina 2016. However, that card was never commercialized, paving the way for Lexar to be first to market. That's not bad for a company that was discontinued by its parent company Micron, before being sold to Chinese firm Longsys, which revived the brand late last year.

The progress in flash memory storage has been pretty rapid. "Almost fifteen years ago, Lexar announced a 1GB SD card," noted Lexar's Joey Lopez. "Today, we are excited to announce 1TB of storage capacity in the same convenient form factor." If we keep going at the same rate, we'll have 1-petabyte cards by 2034.

In this article: 1TB, cameras, FlashMemory, gear, Lexar, Professional633x, SDXC, Storage, UHS-I
All products recommended by Engadget are selected by our editorial team, independent of our parent company. Some of our stories include affiliate links. If you buy something through one of these links, we may earn an affiliate commission.