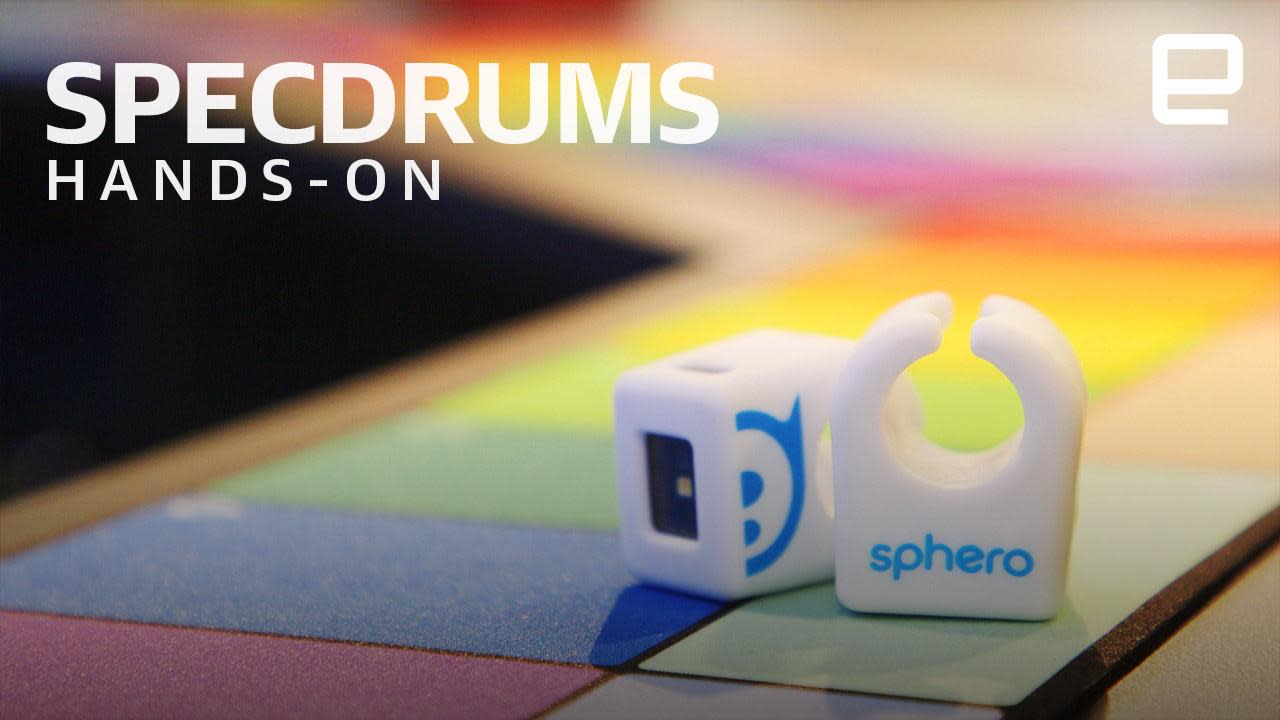 Just a few months after Sphero acquired Specdrums as a part of its shift away from robotics, the funky crowdfunded rings are center stage at its CES booth and getting ready to ship. I gave them a try, and despite a noticeable lack of musical talent I was quickly able to tap something out that vaguely resembled a loop that could play on LoFi Beats To Chill/Study To.

The rings are embedded with Bluetooth transmitters as well as optical sensors, which tie a particular color to whatever sound you might like. The accom software -- running on an iPad during our demo -- comes with tons of preloaded sound samples and of course lets you add your own, then works behind the scenes to keep everything synced up.

As shown by a much more talented musician, they can no more magic when assigned a wider assortment of sounds, and paired to colors of things around you in the real world. With enough skill, you could create music and play around with sounds anywhere inspiration strikes, not just on their multicolored mat. The rings will start shipping next week, and are already on sale at a price of $65 for one and $99 for a pair.

In this article: art, bluetooth, gadgetry, gadgets, gear, music, opticalsensor, ring, specdrums, sphero, toy
All products recommended by Engadget are selected by our editorial team, independent of our parent company. Some of our stories include affiliate links. If you buy something through one of these links, we may earn an affiliate commission.