Sphero gets into app-enabled music gadgets with the Specdrums ring

The new connected ring arrives this month for $65.

Back in June 2018, Sphero acquired Specdrums, a startup that found Kickstarter success with music-making rings. As part of that deal, we knew Sphero would be working on its own version of the product, and today the company's making it official. The new but familiarly named Specdrums are app-supported rings that let you, or your kids, play music by tapping the wearable instruments on different colors and surfaces. There are hundreds of customizable sounds and loops, all of which are created by tapping the Specdrums rings on the included playpad and other colored items around you.

Sphero says that, according to studies, music can improve students' critical reasoning, language and fine motor skills. That's why the company worked with educators on features that help make it a STEM education tool. Beyond that, the Specdrums can also be paired via Bluetooth to MIDI controller apps, in case you want to take the tunes you've made with the device to the next level. 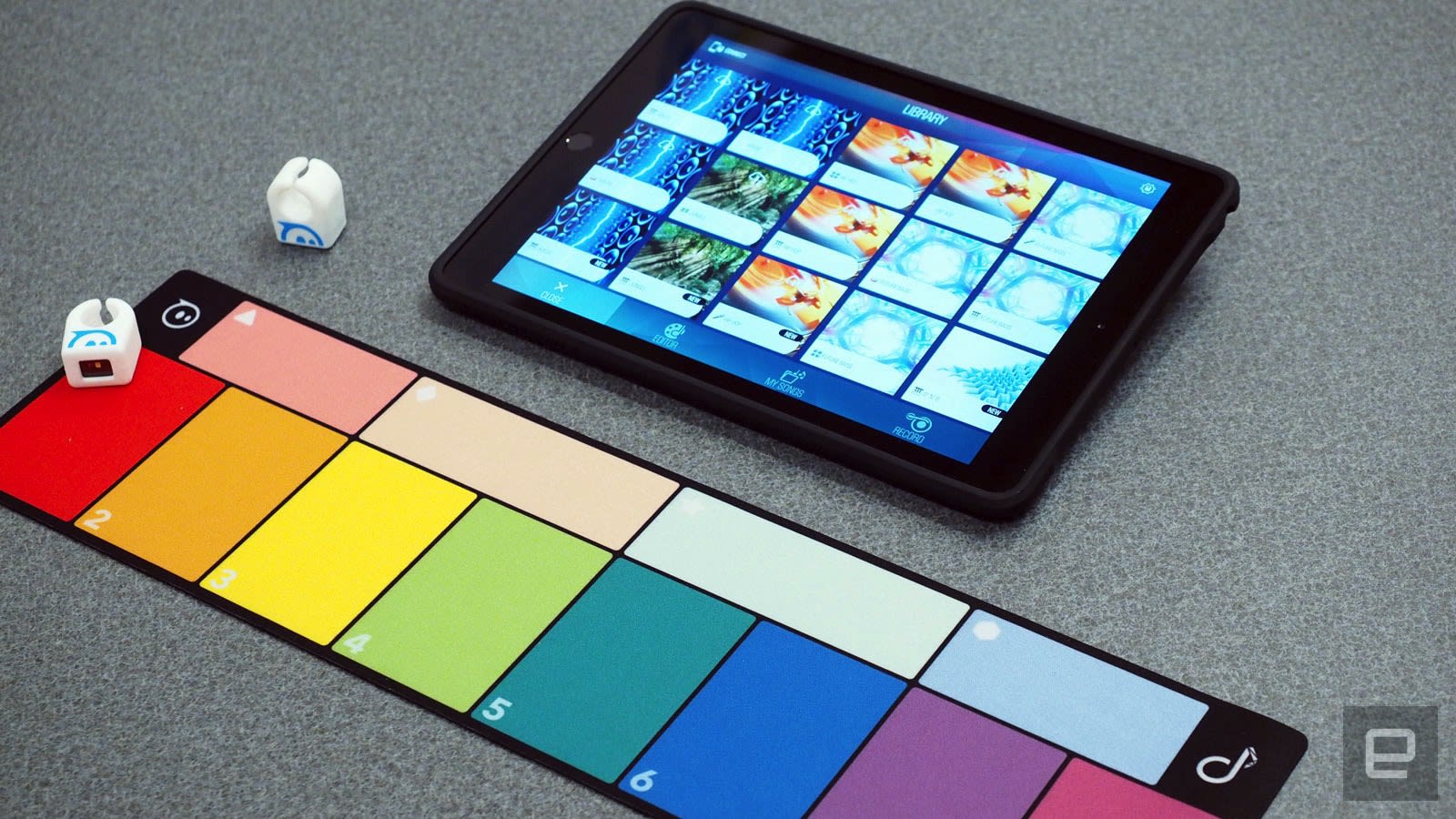 Now that Sphero is done making licensed Disney toys like the BB-8 and R2-D2, we can expect it to keep branching out its own product line, with a big focus on education. For now, you can buy one Specdrums ring starting January 7th for $65 on Sphero's site, or a pair for $99. Sphero says it'll ship them a week later, on January 15th.

All products recommended by Engadget are selected by our editorial team, independent of our parent company. Some of our stories include affiliate links. If you buy something through one of these links, we may earn an affiliate commission. All prices are correct at the time of publishing.
View All Comments
Sphero gets into app-enabled music gadgets with the Specdrums ring