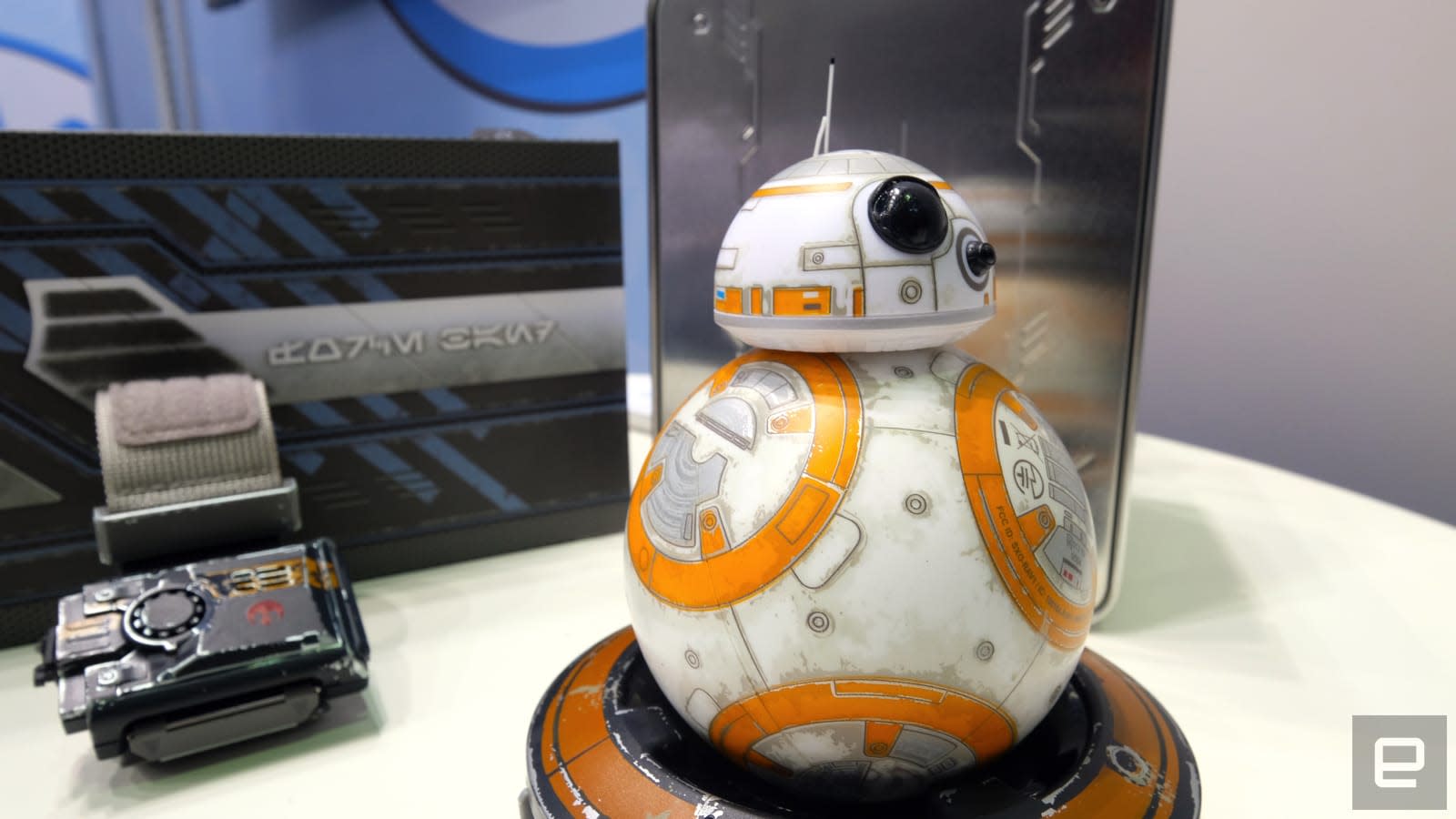 Say goodbye to Sphero's cute BB-8 robot. In fact, say goodbye to all the company's licensed products, including R2-D2, BB-9E and Cars' Lighting McQueen. According to The Verge, Sphero plans to sell its remaining inventory of licensed toys, but it will no longer manufacture more once it runs out. Indeed, the products' listings on Sphero's website says "This is a legacy product and no longer in production." The company isn't just discontinuing the models, though: It's ending its licensing partnerships completely, because it's no longer worth dedicating resources for their production.

Sphero chief Paul Berberian explained that while the toys sold well when their tie-in movies were released, fewer and fewer people purchased them as the years went by. "When you launch a toy, your first year's your biggest. Your second year's way smaller, and your third year gets really tiny," he said. Star Wars: The Force Awakens, which served as BB-8's debut movie, hit the theaters in 2015.

That's probably one of the reasons why Sphero's holiday sales were pretty poor in 2017, forcing it to cut jobs and to put a focus on education. The company will now dedicate its time, personnel and resources to its educational toys, which have gained popularity over time. If you already have the Star Wars robots, the good news is that the toymaker will continue supporting their apps for at least two years. You may want to bust them out and play with them every once in a while before Sphero abandons them completely.

In this article: bb8, entertainment, robots, sphero, starwars, toys
All products recommended by Engadget are selected by our editorial team, independent of our parent company. Some of our stories include affiliate links. If you buy something through one of these links, we may earn an affiliate commission.