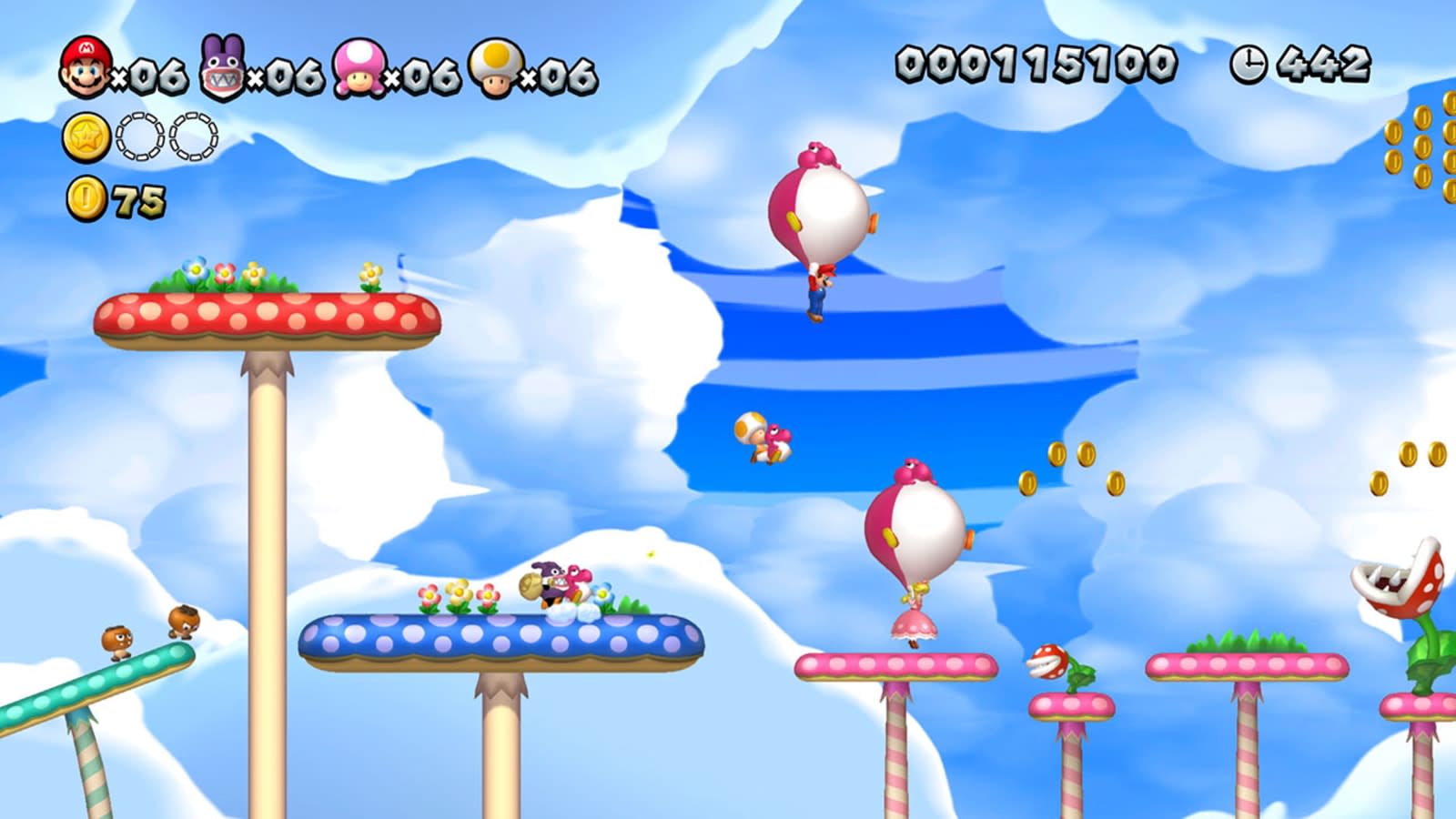 Nintendo has given another stellar Wii U title the deluxe Switch treatment in the hopes that more people will play it on a system that's actually popular. We're talking about New Super Mario Bros. U Deluxe, which is available today on the Nintendo eShop and in stores for $60. That may seem a bit steep for those who already played through the colorful, 2D side-scroller the first time round, but Nintendo fans are probably used to paying full price for the same game by now. And if it's anything like Mario Kart 8 Deluxe, it should be worth your time.

As usual, up to four players can team-up on local multiplayer, plus now you can actually play on the go. Nintendo has also bundled in a deluxe edition of New Super Luigi U, which is basically one giant time attack mode. So what's new? Well, Toadette (who morphs into Peachette with a power-up) and the immune-to-enemies Nabbit are now playable characters alongside Mario, Luigi and Toad. That's pretty much it.

Also available online for the Switch is classic arcade racer Out Run, complete with new motion controls and music tracks, and a new ranking system. Outside of the eShop, Mario & Luigi: Bowser's Inside Story is jumping from Nintendo DS to Nintendo 3DS today.

In this article: av, gaming, newsupermariobrosu, nintendo, NintendoEshop, nintendoswitch, outrun
All products recommended by Engadget are selected by our editorial team, independent of our parent company. Some of our stories include affiliate links. If you buy something through one of these links, we may earn an affiliate commission.