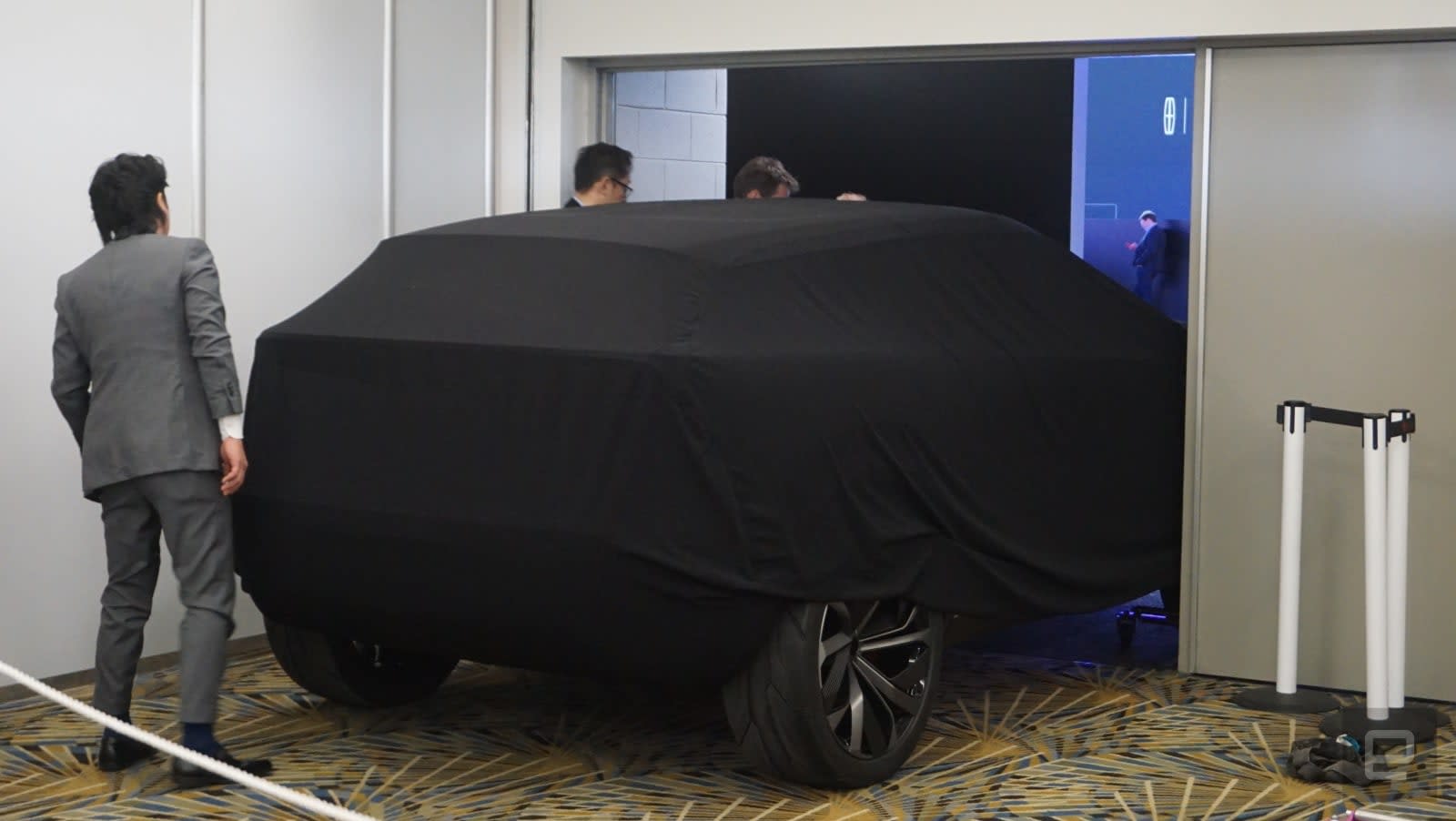 Like every good luxury car brand, Infiniti has plans to make its first EV a crossover-ish attempt full of its special touches and design language. The latest step in that direction is the QX Inspiration Concept that takes advantage of the design opportunities of electric vehicles to meld high-tech up front with physical no-tech touches in the rear like real, natural wood inlays and even a marble center console extending toward the rear seats.

There is one, small catch however -- even concept cars are usually running when they're announced, and due to an undisclosed technical issue, the Inspiration Concept could not answer the bell this morning. As Autoblog reported, designers were forced to say "It's here, but you can't see it" while showing clips on screen as the car sat backstage.

The car did eventually get onto Infiniti's stand -- although it's unclear whether that was under its own power, I saw workers dragging a covered car either into or out of the booth just before -- to show off its pillar-to-pillar widescreen displays, suicide doors and cockpit that retracts into the floor when autonomous driving is enabled.

This is supposed to set a 'direct precedent' for Infiniti's first electric car, so while we're assuming the marble console won't make it, under-floor battery cells, electric all-wheel-drive and an "aesthetic defined by straight lines, clean surfaces and concise graphics" could go on to the next stage.

In this article: concept, conceptcar, crossover, gear, infiniti, naias2019, QXInspiration, transportation
All products recommended by Engadget are selected by our editorial team, independent of our parent company. Some of our stories include affiliate links. If you buy something through one of these links, we may earn an affiliate commission.