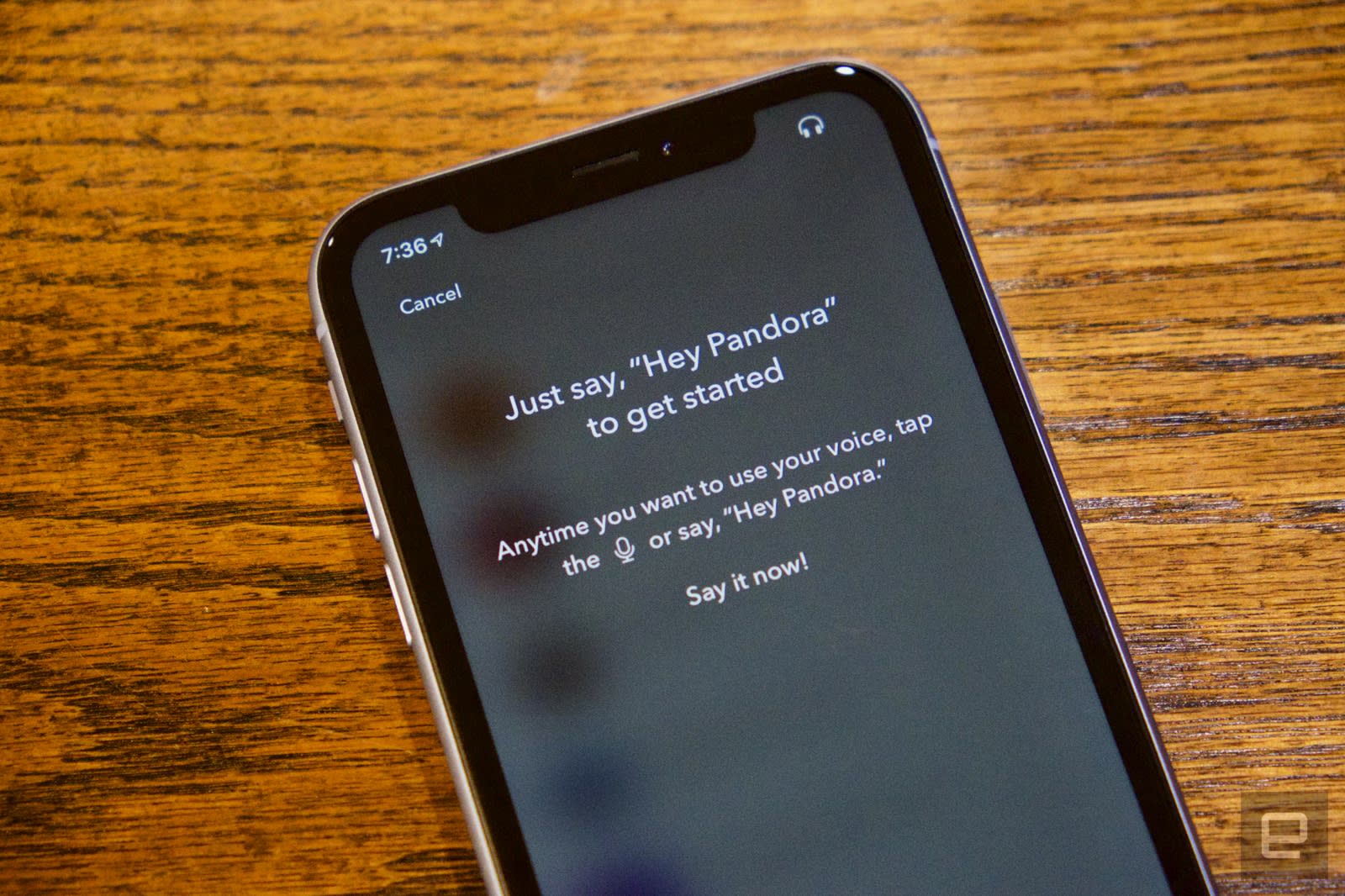 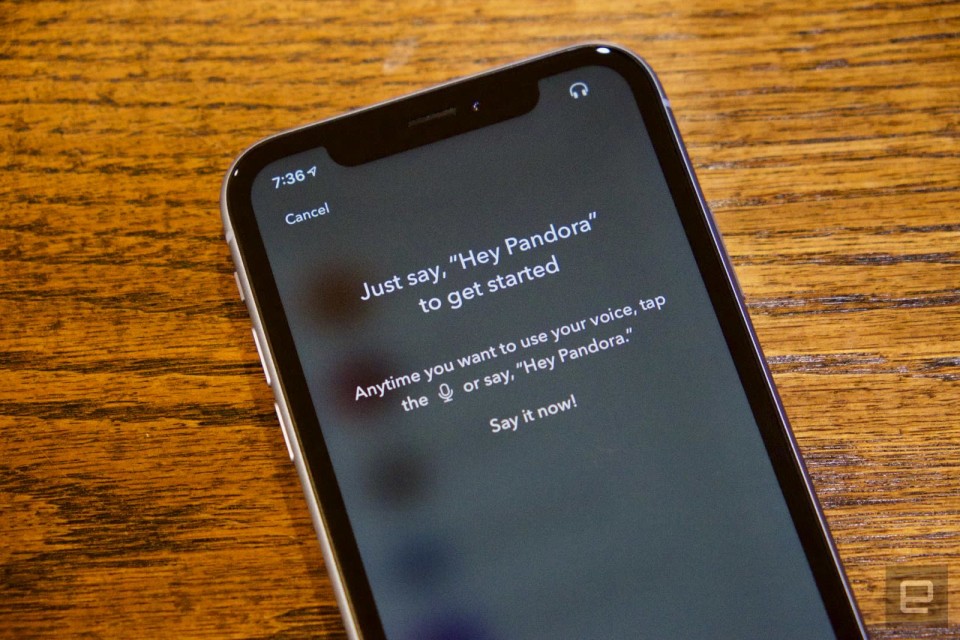 It's been almost two years since Pandora launched its on-demand music streaming service. In that time, the company has done a solid job of fixing some of the issues that cropped up at launch and even adding some features the competition hasn't got to yet (like downloading songs to an Apple Watch for offline playback). Today, Pandora's adding another feature that some of its competitors have: Voice Mode. But, as usual, Pandora believes that the amount of information it has on both the music in its catalog as well as its users will set its voice features apart.

For starters, Pandora built Voice Mode internally, from the ground up, something Chief Product Officer Chris Phillips says was key in Voice Mode being a more personal music assistant. "Instead of just hitting our catalog with the fact that you searched for something and returning a response, we take your request and apply our recommendation science to it," Phillips explained. "That is really the most important unique thing, the ability to deliver a personalized recommendation response to the voice ask." It might not be immediately apparent to the user, but Pandora is always returning responses that are custom to the user rather than just something generic.

For example, Phillips asked his Pandora account to "play some music for Las Vegas" (our meeting happened during CES), and Pandora responded by playing a station called "The Strip: Las Vegas EDM radio." There's a logical connection between that query and the result, but Phillips noted that other users would get totally different responses; it bases what it returns on your history using the Pandora app. He said that another Pandora employee asked the same thing and got back a skate-punk playlist instead.

More broadly, Pandora built its voce search to be as capable as possible at answering vague requests while still including music personalized to the listening habits and tastes of the individual user. That means when you ask Pandora to play something new, it won't just give you a generic new releases playlist, it'll be new music tailored to your tastes. Similarly, asking for something like "music to work out" shouldn't play a hip-hop cardio playlist if you're a metal fan.

"As people get used to voice services, they're getting more conversational, and [requests are] getting more vague," Phillips said. "The more consumers are talking to these devices like it's a friend, it should know when I say 'I want new music,' here's what I mean." That means that Pandora has responses to queries as vague as "play something different," although it wasn't totally clear to me what it was using to decide what came next. Does "different" mean "different than what's playing right now" or "different from what I usually listen to?" It's hard to say, but the good news is that every request users make goes through what Pandora knows about you, so at least you should hear something you're interested in. Pandora calls these "open-ended requests;" others include "play something I like" or "play more like this."

Of course, Pandora can do the basics like play specific songs or albums, add songs to playlists, start stations based on specific music, add a thumbs-up or thumbs-down to a song and so forth. Users can start Voice Mode by either tapping a mic icon found in the search field or just asking "Hey Pandora." Phillips also says that it'll eventually be able to field requests based on the hundreds of characteristics that Pandora users to categorize music — for example, you'll eventually be able to ask for music by saying things like "play alternative music with female vocals."

"We already use those characteristics for song-to-song discovery and packaging music together for stations and playlists," Phillips said, "and soon you can start to use that sort of request for search." Voice Mode searches work across the recently-added podcast collection Pandora hosts, as well. Asking it to pull up "the 'Questlove Supreme' episode with Michelle Obama" immediately started playing the correct podcast; voice search is able to dig into podcast details at the episode level to find what users are looking for.

Voice Mode is rolling out to Pandora users today, but it's going to be a gradual release, so some may not get it for a few weeks or even months. The company's been doing extensive testing, but as it gets to Pandora's millions of users, it'll be refined and adjusted based on user experience. And while the company's on-demand product isn't nearly as popular as Spotify or Apple Music, the company still boasts nearly 69 million active users, all of whom can give these voice features a shot. (Troublingly for Pandora, though, that user number declined throughout 2018.) It's probably not the kind of feature that'll convince free users to start paying, but it does help Pandora keep pace on a feature level with the industry-leading services, both of which have voice search of their own.

In this article: av, entertainment, music, musicgenome, musicgenomeproject, pandora, search, services, streamingmusic, voicemode, voicesearch
All products recommended by Engadget are selected by our editorial team, independent of our parent company. Some of our stories include affiliate links. If you buy something through one of these links, we may earn an affiliate commission.