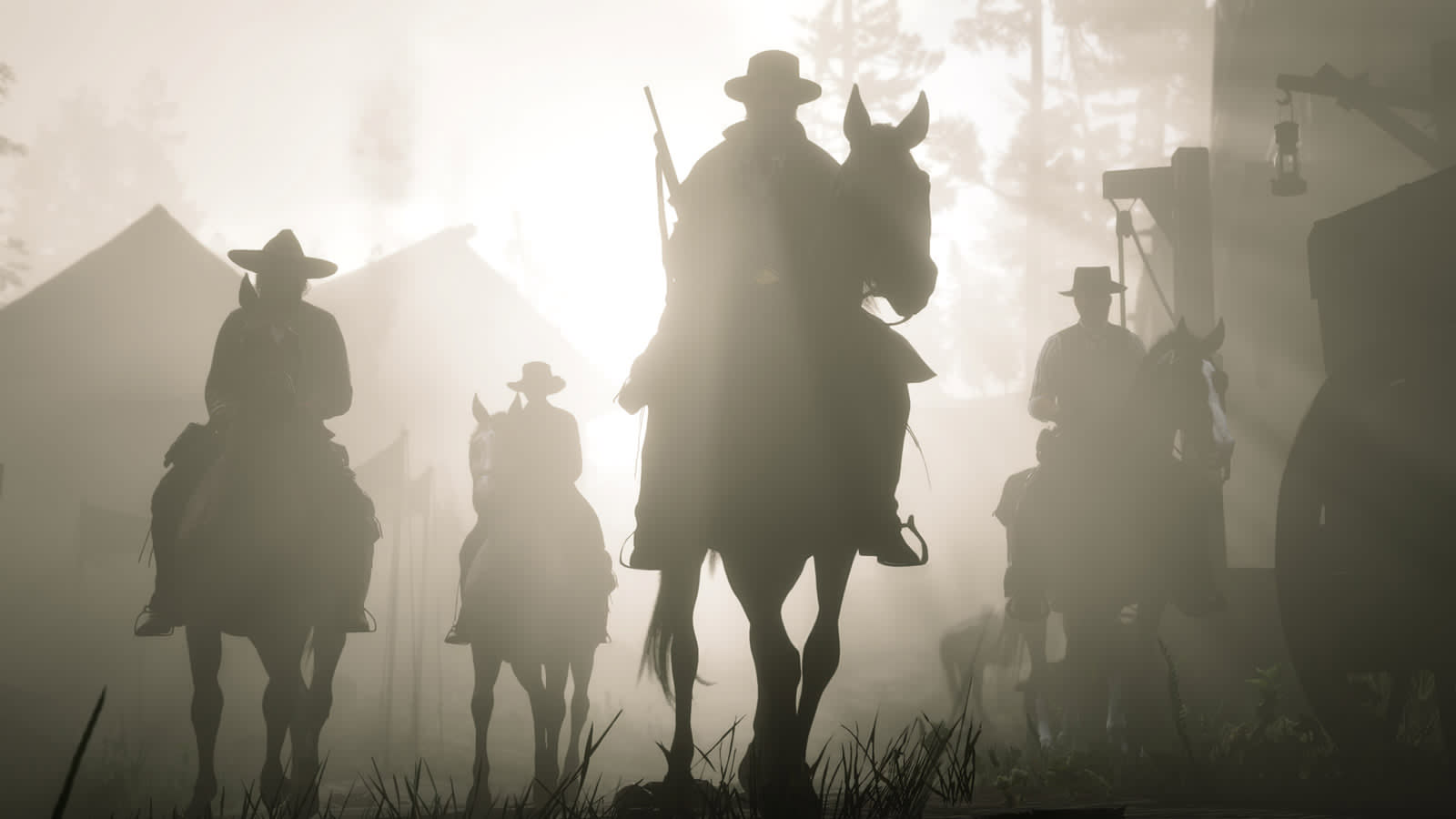 The Pinkertons loom large as virtual adversaries in Red Dead Redemption 2, but now they're involved in a very real legal tussle over the game. Pinkerton Consulting & Investigations has sent Rockstar Games a cease and desist notice claiming that RDR2 used the company's trademarks, including the Pinkerton's National Detective Agency badge, without permission. It also alleges that the game will "tarnish the reputation" of the trademarks by portraying the 19th century detectives as foes, according to court documents obtained by The Blast.

Pinkerton made clear that it wanted money in the request. It was happy to talk about a "lump sum figure" to settle the case, and was prepared to sue over trademark infringement and other violations if there wasn't a payout in the cards.

Rockstar, however, isn't having any of it. The company sued Pinkerton in a federal court to block potential lawsuits under claims RDR2 has First Amendment protection. The game is a "historically accurate" recreation of the 19th-century frontier, the company argued, and that means acknowledging the presence of Pinkerton agents. Moreover, this isn't the first time the agency has appeared in popular culture. They've appeared in HBO's Deadwood and movies like American Outlaws and The Long Riders, not to mention other games (BioShock Infinite's protagonist is an ex-Pinkerton agent). Pinkerton should have acted a long time ago if it wanted its name out of the limelight, according to Rockstar's reasoning.

It's not clear how the ongoing case will shake out. With that said, there's little doubt that Rockstar is using Pinkertons in a historical context, acknowledging the role they played as de facto law enforcement across large swaths of the country. That could leave the modern Pinkerton company facing an uphill battle in court.

In this article: av, CeaseAndDesist, games, gaming, pinkertonconsultingandinvestigations, pinkertons, reddeadredemption2, rockstar, rockstargames, trademark, videogames
All products recommended by Engadget are selected by our editorial team, independent of our parent company. Some of our stories include affiliate links. If you buy something through one of these links, we may earn an affiliate commission.