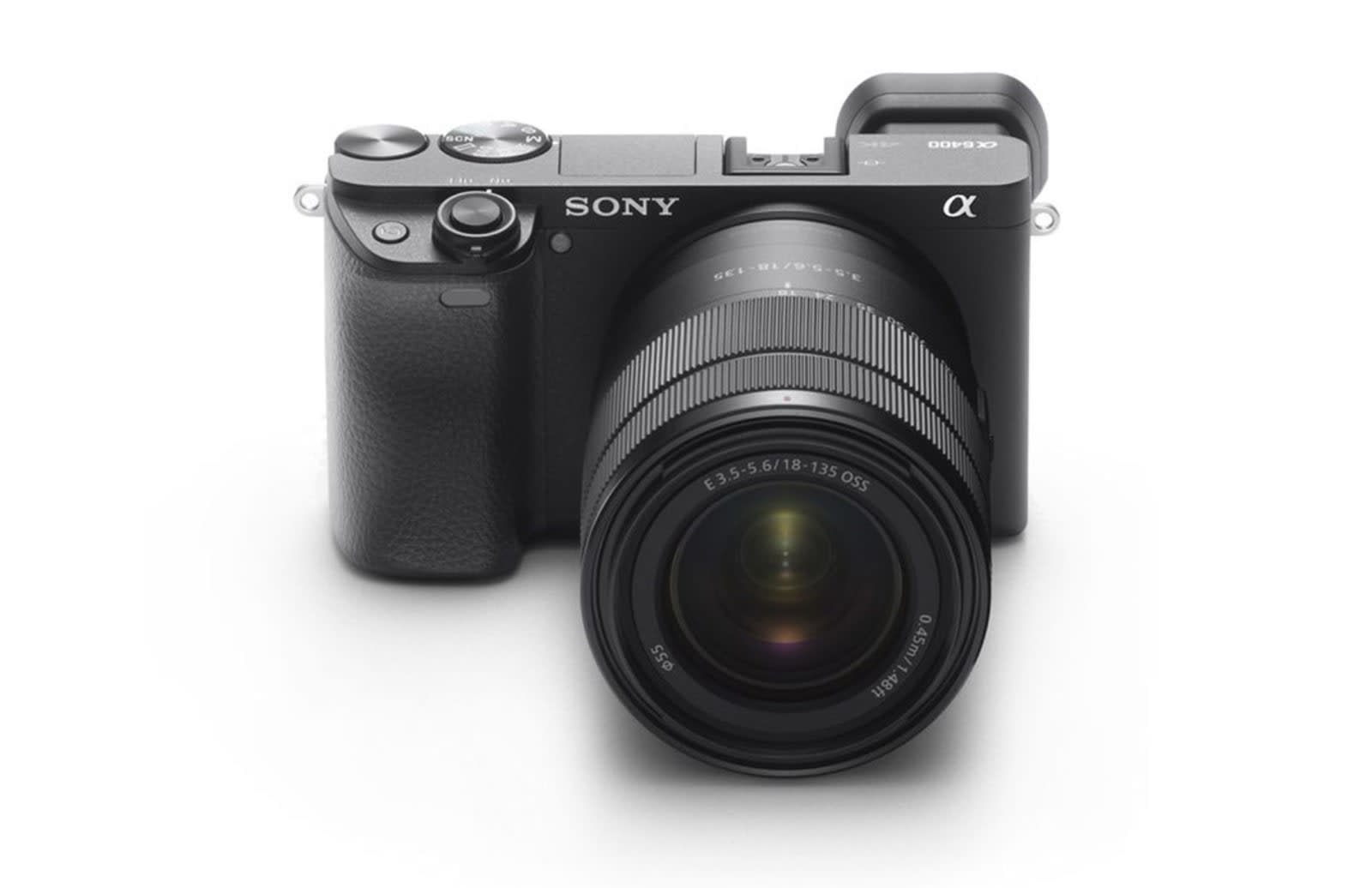 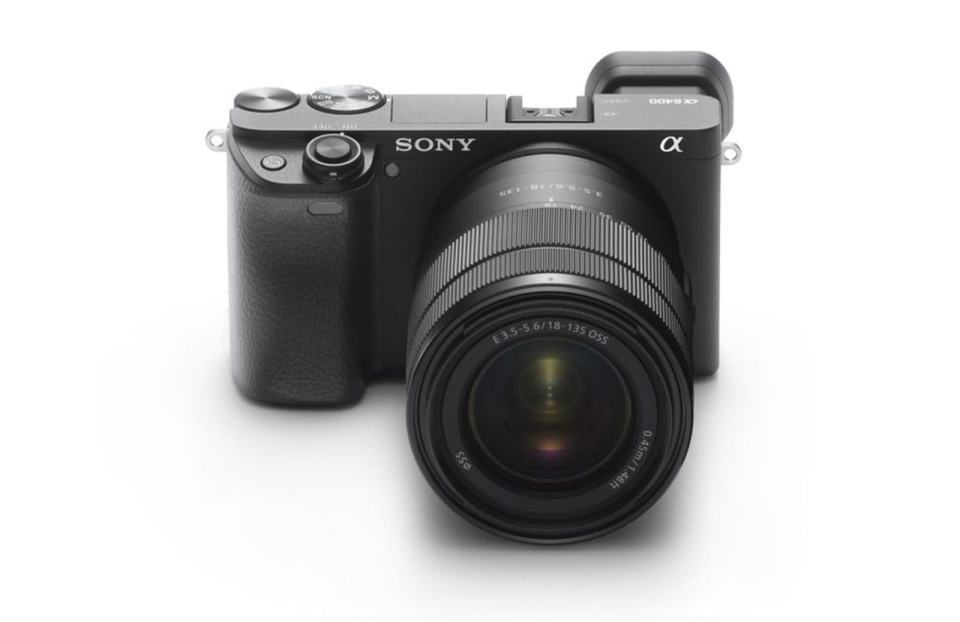 Sony has boosted its mid-range APS-C lineup with the launch of the 24-megapixel A6400 mirrorless camera. It looks much the same as its predecessor, the A5100, but has much-improved specs and should be especially ideal for vloggers, thanks to 4K 30fps video and a flip-up touch screen. The A6400 is also getting a bunch of features from its full-frame A7 III and A9 siblings, like 425-point contrast- and phase-detect autofocus with the "world's fastest" .02 second AF speed, along with real-time subject tracking and eye AF.

The A6400 packs an all-new 24.2-megapixel Exmor APS-C sensor and next-gen BIONZ X image processor. It can handle high-speed continuous shooting at up to 11 fps with the mechanical shutter or 8 fps in silent shooting mode, both with continuous autofocus and auto-exposure tracking (you can capture up to 116 JPG frames or 46 RAW before the buffer fills up). That bests other recent APS-C cameras, most notably Fujifilm's pricier X-T3. As for low-light performance, you can shoot at up to 32,000 ISO or 102,400 expanded with less noise, Sony notes. 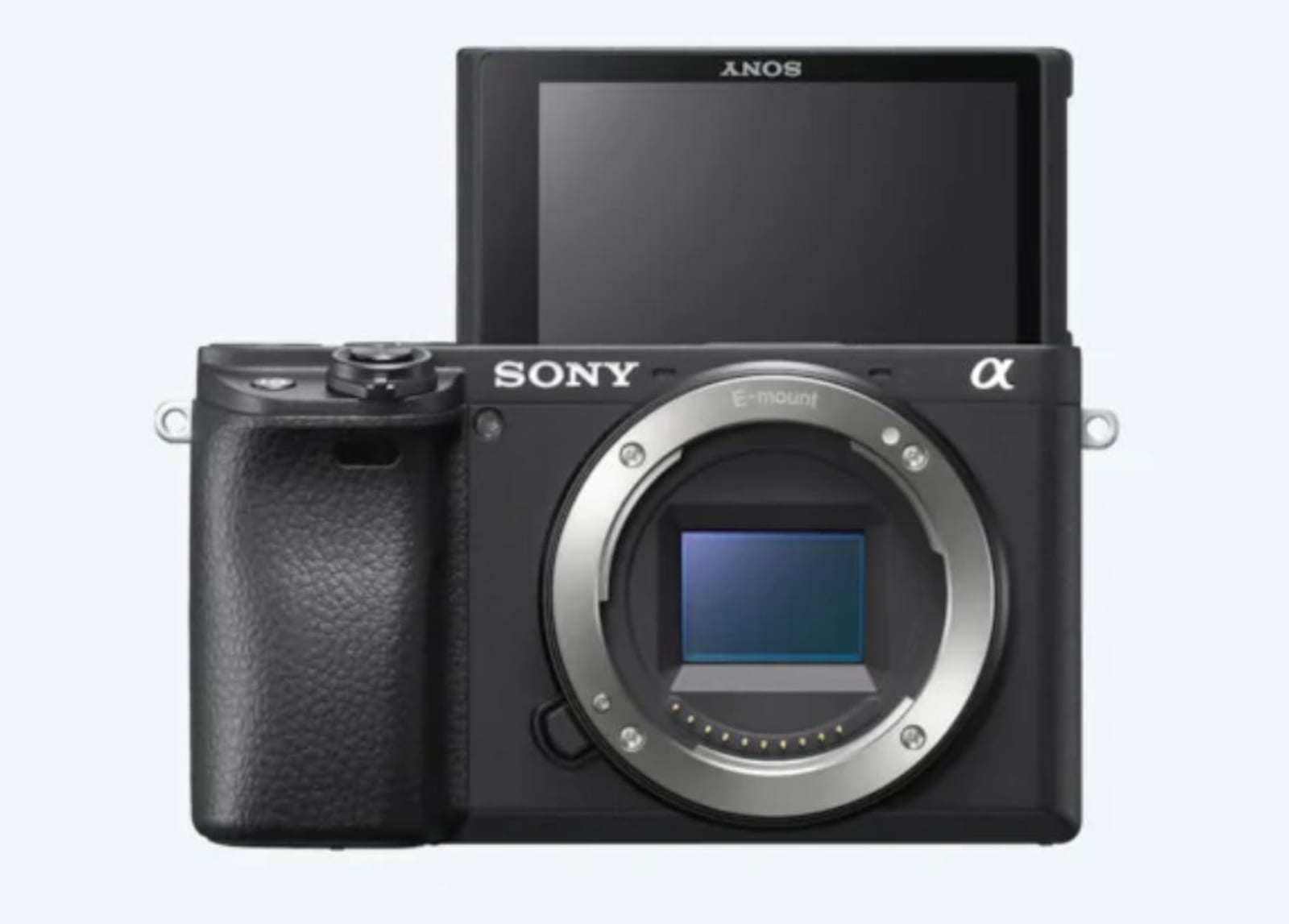 Sony's eye AF is the most popular feature on the A7 III series, and the A6400 takes that even farther. The advanced "real-time eye AF" deploys artificial intelligence to automatically detect a subjects' eyes in real-time, improving focus accuracy, speed and tracking. That tracking now includes animals' eyes, so you can keep Fluffy or Spot's eyes in focus, even at shallow depths-of-field.

The feature is now enabled by default (unless you shut it off), letting you either automatically or manually choose which eye to track. Real-time subject tracking, meanwhile, crunches depth, color, pattern and other spatial info to quickly and accurately follow your subject.

The A6400 can capture 4K at the sensor's full resolution, then oversample to deliver pin-sharp 4K footage, much as the A6500 does. You can also shoot 1080p at up to 120 fps. Sony promises that movie focusing is fast and stable thanks tot he hybrid AF tech, and the display, which completely flips around for vloggers, supports touch focus. There's a hybrid-log gamma feature to maximize image quality, along with a microphone port (but no headphone jack, unfortunately).

The new model lacks in-body stabilization, packs a single UHS-I card slot and boasts a relatively low-resolution 2.4 million dot XGA OLED viewfinder, unfortunately. It also uses an older NP-FW50 battery pack (with a 410 shot life), but at least Sony has introduced USB charging. However, it's priced at just $900, well below its existing A6500 and the X-T3, so the feature set is pretty solid for a mid-range mirrorless camera.

Along with the A6400, Sony also announced that it's bringing its advanced AI-powered eye- and subject-tracking features to its high-end full-frame A9, A7R and A7 III models. Those models will also get animal eye AF tracking, to take your cat (or lion) shots to the next level.

In this article: A6400, APS-C, cameras, Flip-upScreen, gear, Mirrorless, Selfies, sony, Vloggers
All products recommended by Engadget are selected by our editorial team, independent of our parent company. Some of our stories include affiliate links. If you buy something through one of these links, we may earn an affiliate commission.