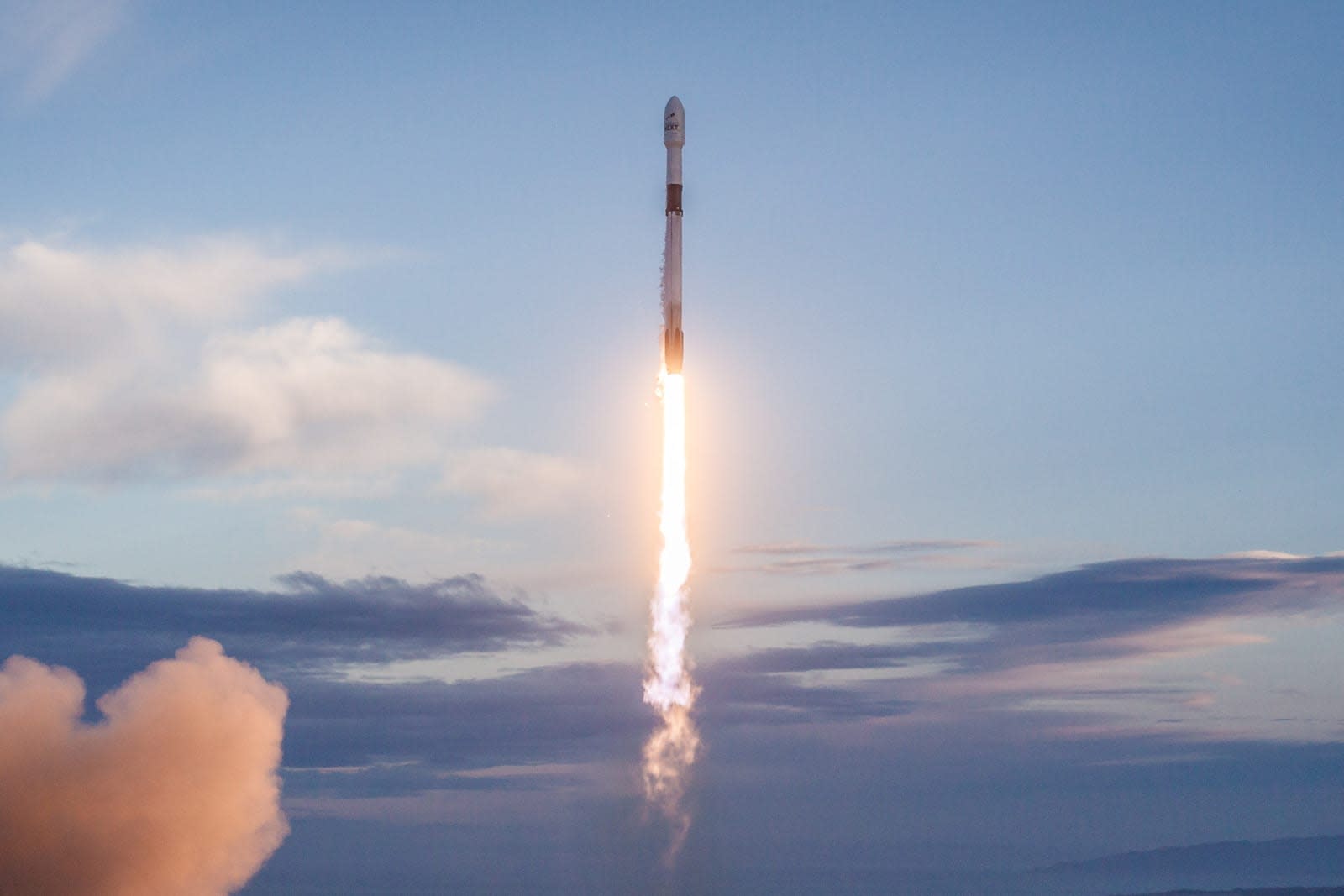 Wondering what Iridium would be doing with those Next satellites that SpaceX just finished launching? You now have an idea. Iridium has formally debuted Certus, a "truly global" satellite broadband service that promises to keep aircraft, ships and other vehicles (including self-driving vehicles) connected even in the remotest places. It's far from fast at 352Kbps for both downloads and uploads, but that's enough to keep crews online and provide reasonably high-quality voice services.

The initial focus is on land and sea services, with aviation coming later in 2019 after Iridium receives the certification it needs to go ahead. Partners like Gogo and Thales are already waiting in the wings. Speeds, meanwhile, won't be quite so pokey in the future. Iridium plans to bump up users to 352Kbps/704Kbps service through a firmware update when it's available.

You aren't going to subscribe to Certus yourself, as it's meant more for companies and governments. However, Iridium said it's the "first new capability" from the Iridium Next program. As it is, you could still notice the difference. This might provide basic in-cabin internet access in situations where it was never an option, and could enable autonomous ships or other transportation that doesn't strictly need a crew. There are even plans for smaller receivers that could provide always-on data to drones and tracking systems on endangered animals.

In this article: aircraft, aviation, certus, gear, internet, iridium, iridiumnext, satellite, satellitebroadband, space, tomorrow, train
All products recommended by Engadget are selected by our editorial team, independent of our parent company. Some of our stories include affiliate links. If you buy something through one of these links, we may earn an affiliate commission.