NetherRealm talked mechanics and story, but the krowd wanted gore.

The Mortal Kombat 11 teaser trailer NetherRealm released last month suggested the next installment in the fighting game series was going to be brutality incarnate. And yesterday, the first actual gameplay reveal konfirmed as much (sorry, not sorry). The crowd at the LA and London community events roared with every cinematic skewer and skull crunch, and considering every special combo and fatality consists of at least five borderline silly moves of escalating violence, there will no doubt be some sore throats among the superfans that were in attendance.

Jets of blood, decapitations, organ removals and other examples of shameless gore are the hallmark of the Mortal Kombat games, of course, but MK11 takes it to the next level, if that even seems possible. As squeamish as it may make some, it's so exaggerated that it's more slapstick and playful than nightmarish. You'd think a katana through the neck would be lethal, and yet a fight can continue after multiple, similarly devastating blows that make up just one special move. The fans love it, and NetherRealm knows what works. It's the only studio that seems to be able to sell a respectable amount of console copies at a time when other fighting games are floundering.

Yesterday's event wasn't just an opportunity to illicit cheers from a hyped-up crowd, showing off fatalities that include a fighter who literally eats their opponent's' brains to finish them off. NetherRealm also revealed a handful of the characters that'll feature in MK11: New ones, series stalwarts and returning fan favorites. It was also announced, following heavy speculation, that Ronda Rousey had voiced the iconic character Sonya Blade. It was kind of hard to swallow the former UFC champion, current WWE superstar and occasional actress' claims that this was basically the pinnacle of her career, however. And that she had modeled her whole life on the Mortal Kombat heroine. 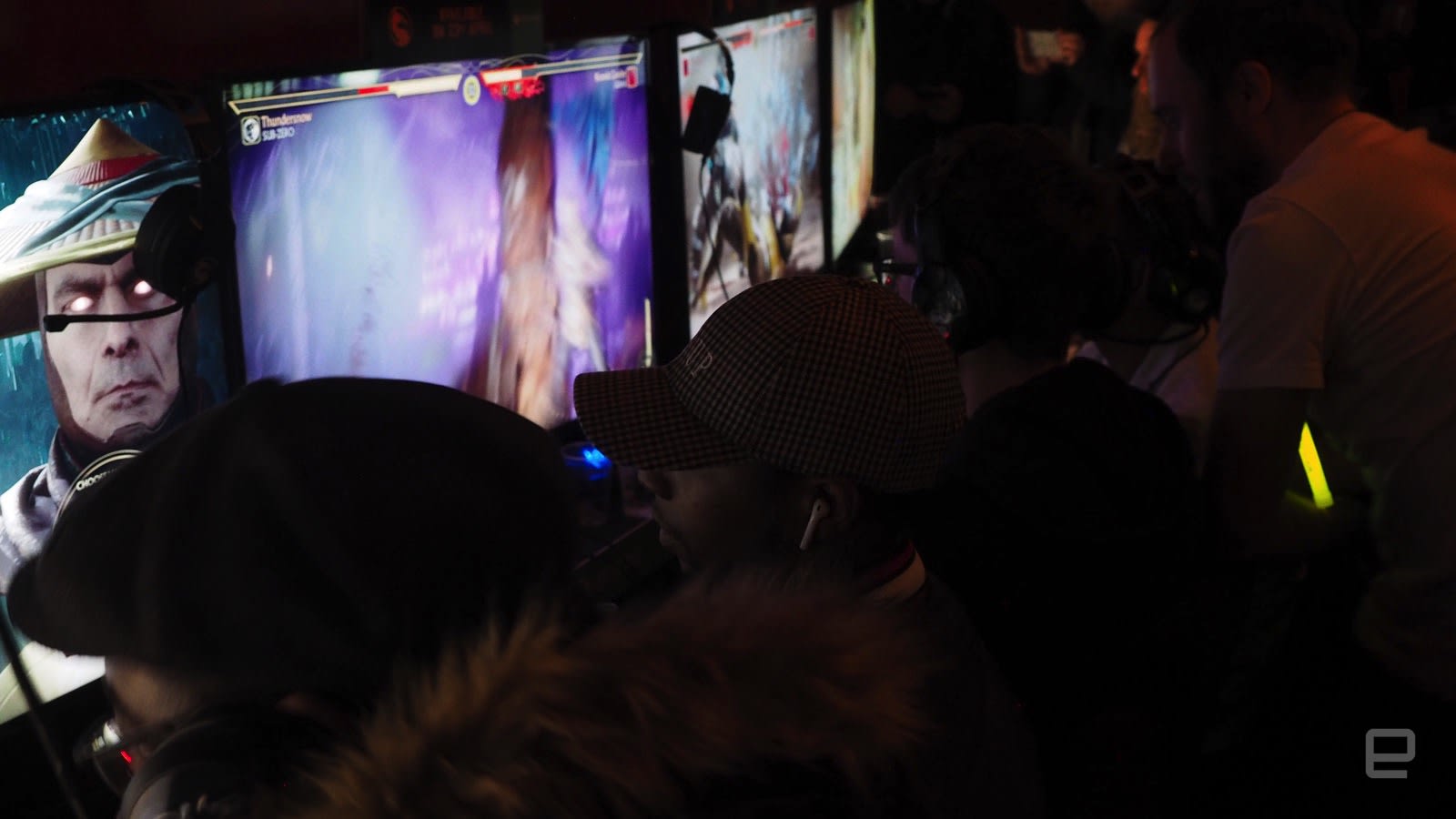 While the game plays, well, much like previous titles in the franchise, NetherRealm explained some of the new mechanics, including the forgiving "fatal blow" specials, which after a short cooldown can be retried if initially missed or blocked; and the now separate offensive and defensive meters for momentum-shifting moves. There's also a new parry-type system that rewards perfectly timed blocks, and tons of ways to customize each fighter. Some options are purely cosmetic, while others will actually change the character's attributes and playstyle, similar to how the personalization system in Injustice 2 works (another NetherRealm title).

Where other fighting games have abandoned the pretense of any plot or even vague narrative, MK11 is keeping single-player storylines alive -- an element I'm told fans genuinely appreciate. A short teaser picks up where Mortal Kombat X left off and introduces a new character in Kronika, who has been secretly steering the story all along and who's time-bending powers will play a large part in this continuation.

That's all the event really covered, though just seeing gameplay was interesting enough. Graphically, MK11 looks really fluid and on the whole, much prettier than its predecessor. As an observer, I find the character animation in MKX to be sputtery and somewhat wooden.

While NetherRealm pleased the masses with gore, some pro exhibition matches and a star-studded reveal party, we only got to see a handful of characters and classic one-on-one, local battles. There's much more to come, so expect a consistent dripfeed of new information over the next few months in the lead-up to the MK11 beta in late March and retail launch on April 23rd.