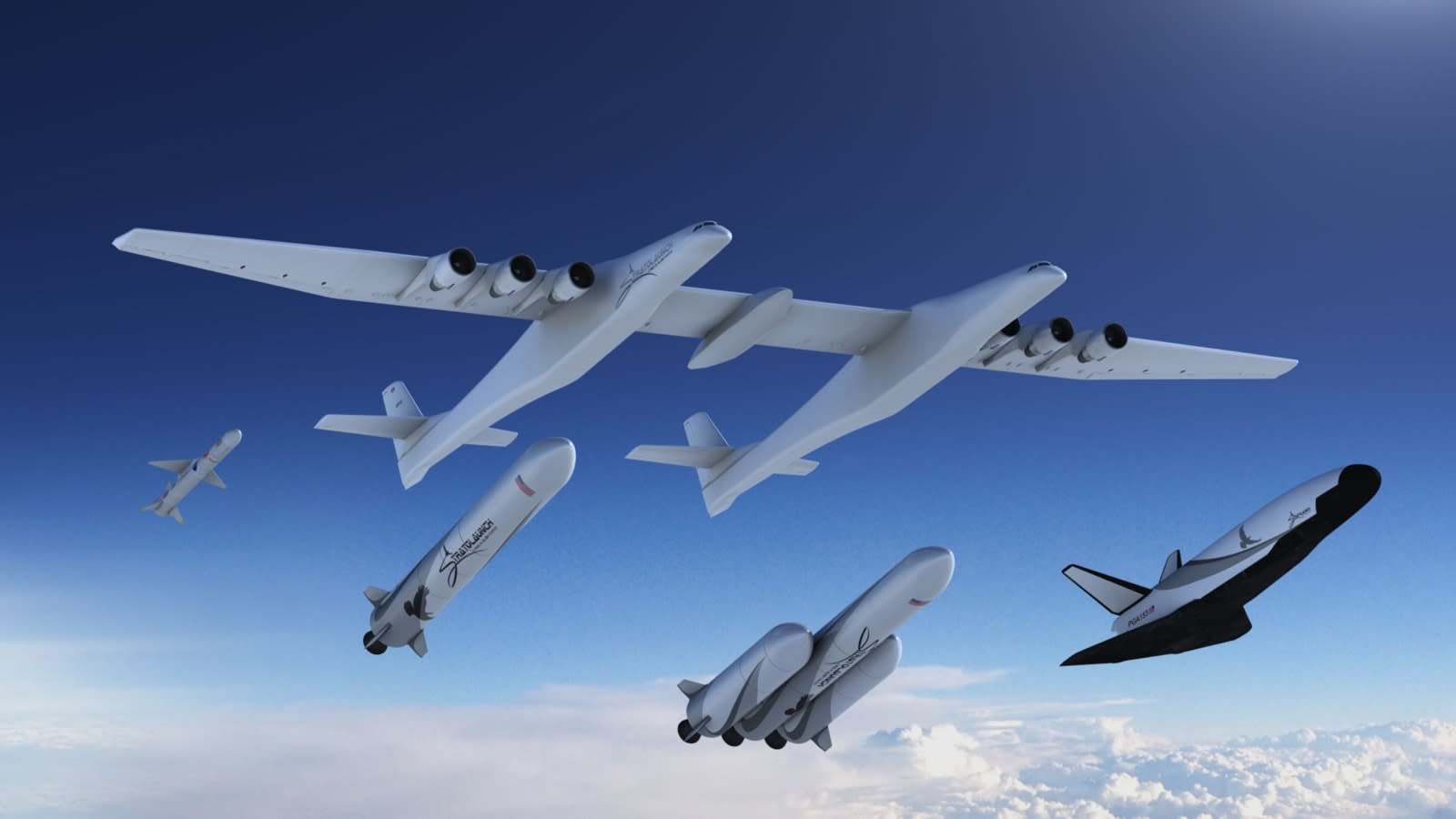 Stratolaunch is axing several projects in an effort to scale back its operations a few months after founder Paul Allen, who's more recognized for being Microsoft's co-founder, passed away. According to GeekWire, the company will continue developing the world's largest aircraft, which is its main project in the first place. However, it will no longer push through with its plans to create a new type of rocket engine and a family of launch vehicles that include a space plane.

Those launch vehicles are still in their "design study" phase, and the first one was supposed to debut in 2022. The company already tested a core component of its hydrogen-and-oxygen-fuelled rocket engine named after its founder -- it's called PGA for Paul G. Allen -- but it looks like the project won't be completed anymore.

A spokesperson said in a statement sent to the publication:

"Stratolaunch is ending the development of their family of launch vehicles and rocket engine. We are streamlining operations, focusing on the aircraft and our ability to support a demonstration launch of the Northrop Grumman Pegasus XL air-launch vehicle. We are immensely proud of what we have accomplished and look forward to first flight in 2019."

Stratolaunch is reportedly letting 50 employees go and retaining only 20 to keep working on its giant plane and prepare it for first test flight sometime this year. The massive twin-fuselage aircraft, which weighs 500,000 pounds and has a wingspan measuring 385 feet, was designed to carry smaller launch vehicles and their payloads like satellites strapped to its belly. It's meant to be a reusable launch vehicle, flying its payload high enough and then releasing it mid-flight.

Unfortunately, the spokesperson didn't elaborate on why the company is scaling back its operations, but the costs of keeping the company running might have something to do with it. As GeekWire noted, the founders of other aerospace corporations have been using their own money to fund their space dreams. Both Jeff Bezos and Richard Branson, for instance, have each invested around $1 billion into Blue Origin and Virgin Galactic, respectively.