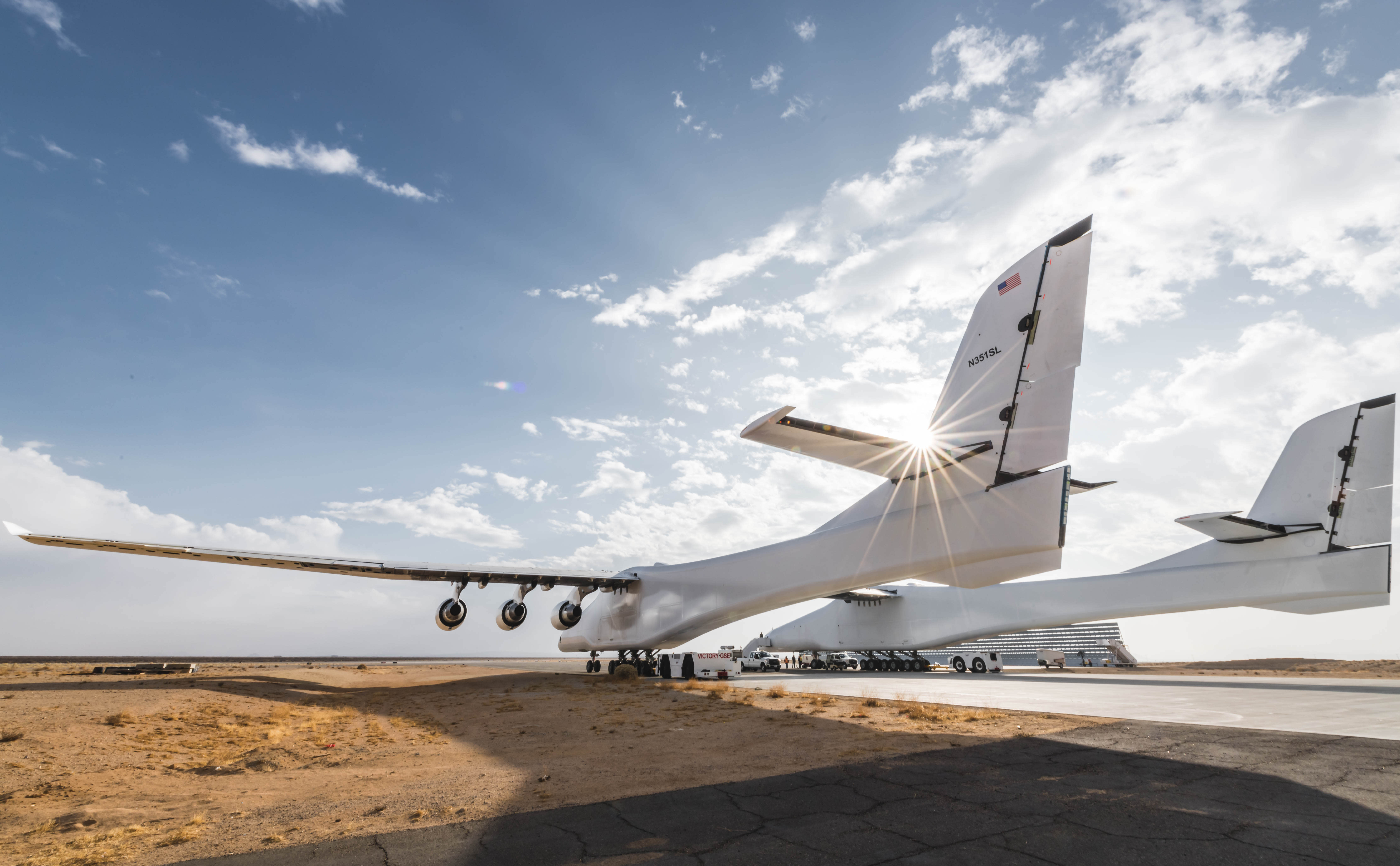 Turns out there's a reason Stratolaunch has been ramping up its taxi tests: The company has revealed at the 34th Space Symposium that it's planning to conduct the massive plane's first flight this summer. With a wingspan measuring 385 feet, the 500,000-pound, twin-fuselage aircraft is the largest plane in the world. It has already gone through two taxi tests these past few months, with top speeds hitting 28MPH and 46MPH. However, it still has to go through three more taxi tests before it can finally take to the skies, two years after its original target date.

According to Space News, Stratolaunch has to reach taxi speeds up to 80 mph and then 138 mph during its next tests -- to note, typical jetliners have to go as fast as 150 to 180 mph to take off. Stratolaunch passed its previous tests without needing any modification, so the company is optimistic that it'll be able to fly for the first time this year.

Stratolaunch was designed to be able to carry launch vehicles and their payloads, such as satellites, strapped to its belly. It'll fly them high enough and release them mid-flight, serving as a reusable, affordable way to ferry satellites to orbit. The company is even looking at the possibility of flying three rockets on a single trip, but before the happens, it'll have to nail that test flight in the coming months. Its target launch date is 2020, after all, and the FAA will still have to make sure it's airworthy, which could take anywhere from 18 months to two full years.

In this article: gear, launch, rocket, space, Stratolaunch
All products recommended by Engadget are selected by our editorial team, independent of our parent company. Some of our stories include affiliate links. If you buy something through one of these links, we may earn an affiliate commission.