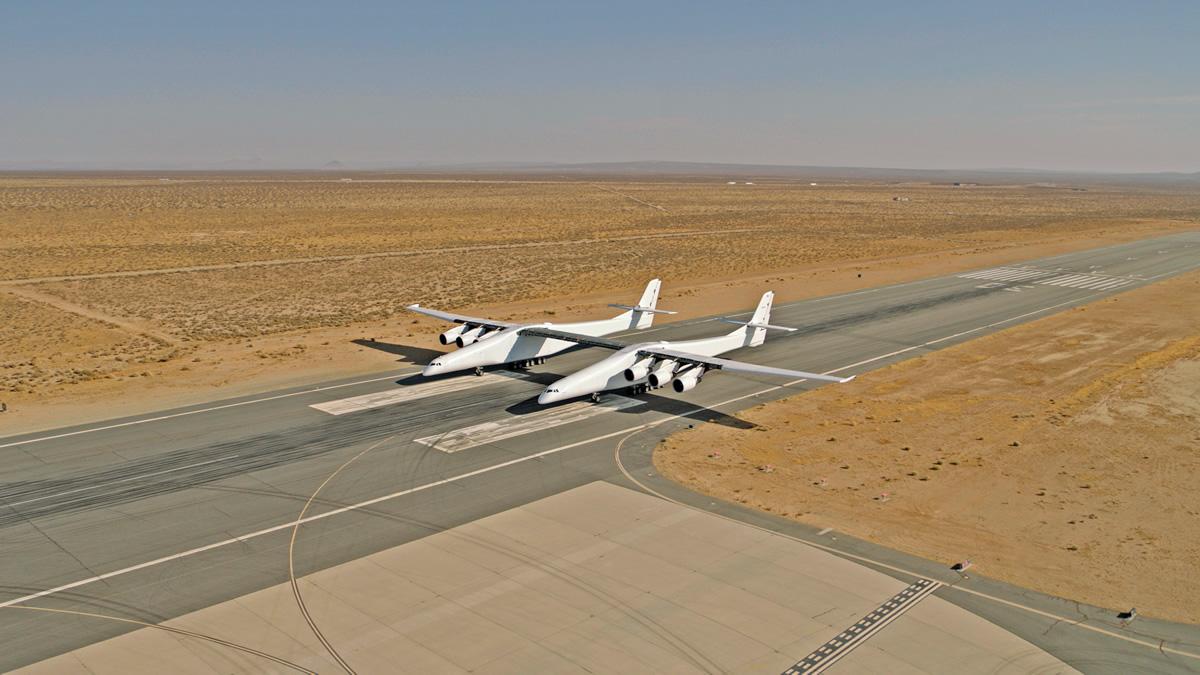 While Stratolaunch didn't meet its original 2016 launch goal, the company has been putting its massive plane through one test after another over the past year. During its most recent tests, the 500,000-pound aircraft with a 385-foot wingspan has successfully reached a top taxi speed of 46MPH. It still hasn't taken to skies, but that's a huge improvement over the 28MPH it hit during the first taxi tests the space transportation company conducted in December.

According to Stratolaunch chief Paul Allen, his team has also verified that they can steer and stop the aircraft -- another success, since the tests' purpose is actually to certify that operators can control the largest plane in the world. The company hasn't revealed what other tests will need to be conducted before its new target launch date in 2020 and whether reaching 46MPH on the ground means we'll see it fly soon. But the hope is that once development is finished and it's been thoroughly tested, Stratolaunch will serve an affordable way to ferry small satellites to Low Earth Orbit.

The plane will do so by attaching the payload and its launch vehicle companion to its belly. It will then fly into the stratosphere before letting the vehicle go, so it can make its way to space. Stratolaunch shares a similar two-fuselage combination with Virgin Orbit's LauncherOne, which Richard Branson's Virgin Group is also developing for satellite launches. It's much bigger than the LauncherOne, which can only carry up to 500 pounds of payload. Stratolaunch, on the other hand, will be able to carry as much as 500,000 pounds.

Captured new video of @Stratolaunch plane as it reached a top taxi speed of 40 knots (46 mph) with all flight surfaces in place on Sunday. The team verified control responses, building on the first taxi tests conducted in December. pic.twitter.com/OcH1ZkxZRA

In this article: gear, stratolaunch, test, transportation, hidden:vv_09x16:f02cf5eb-e630-3ea1-9f6b-d3f8b08a4e5a, hidden:vv_16x09:bf8ce581-47a5-3cdd-af94-cdf972cef3a7
All products recommended by Engadget are selected by our editorial team, independent of our parent company. Some of our stories include affiliate links. If you buy something through one of these links, we may earn an affiliate commission.