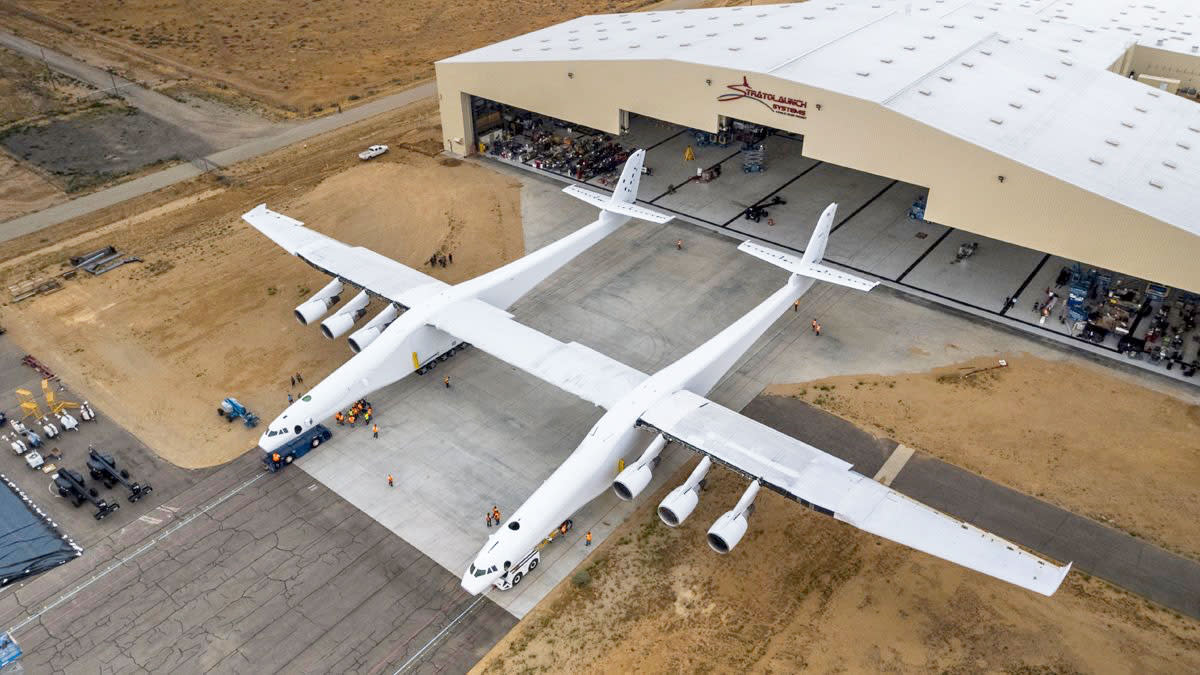 We last heard about the Stratolaunch in August 2015, when Microsoft co-founder Paul Allen's company Stratolaunch Systems announced plans for test flights with the massive airplane meant to help launch satellite-bearing rockets more efficiently. Those test flights apparently didn't happen, but Allen did tweet a picture of the huge aircraft coming out of its equally gigantic hangar today for "fuel testing."

The Stratolaunch is the largest all-composite plane ever built, with six Boeing 747 engines, a payload capacity of over 500,000 pounds and a functional range of around 2,000 nautical miles. The idea is to attach rockets to the center of the craft and then let them perform an airborne launch, which minimizes the amount of fuel they need and will help rockets take off in inclement weather. The plane itself is being made by famed aerospace engineer Burt Rutan's company, Scaled Composites, at the Mojave Air and Space Port in the California desert with plans to be fully operational "by the end of this decade."

.@Stratolaunch came out of the hangar for fuel testing. More pictures soon! pic.twitter.com/RCNgSpgG6W

In this article: airbornelaunch, airplane, applenews, gear, paulallen, space, stratolaunch, transportation
All products recommended by Engadget are selected by our editorial team, independent of our parent company. Some of our stories include affiliate links. If you buy something through one of these links, we may earn an affiliate commission.