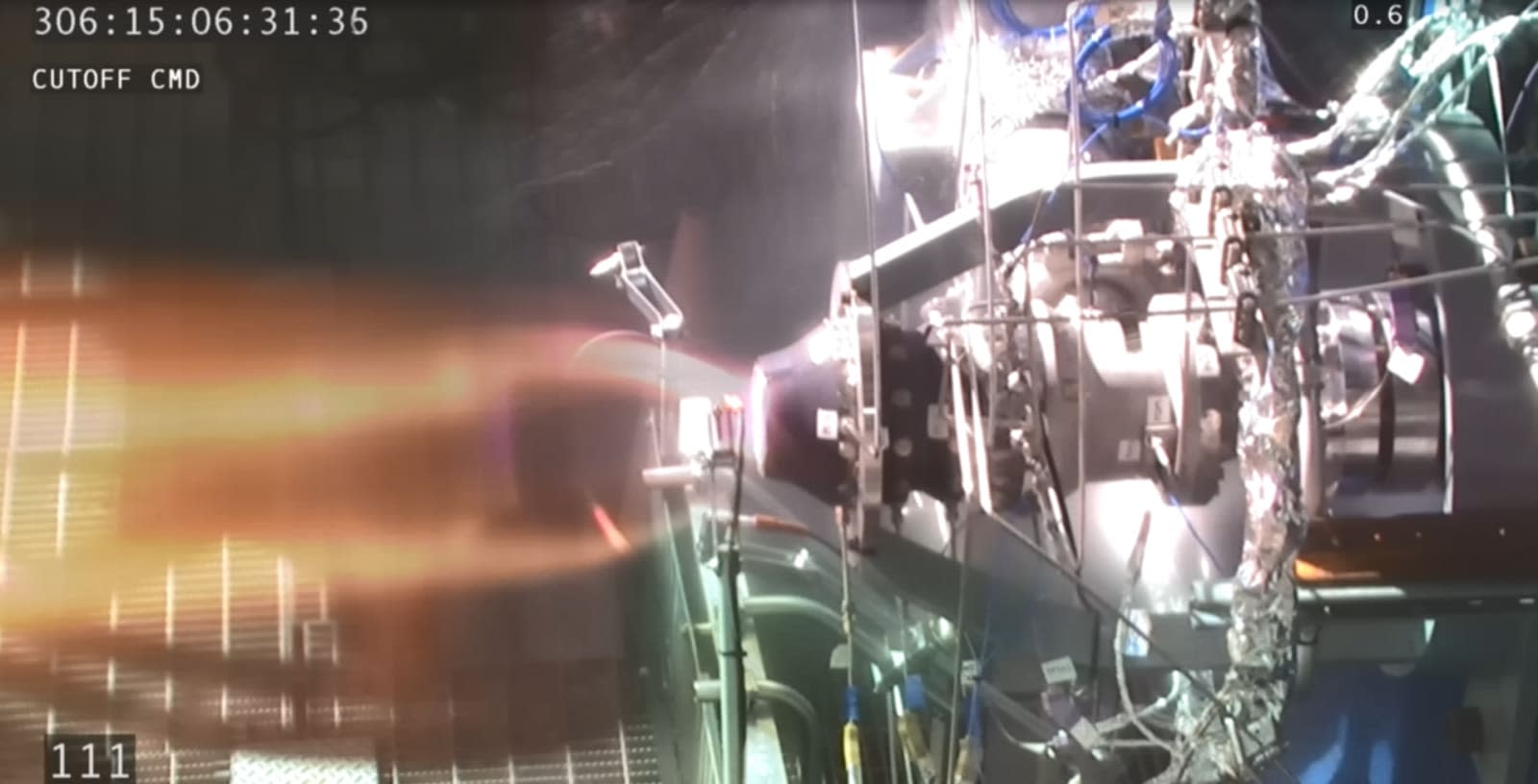 Stratolaunch has successfully tested a key component of its hydrogen-fuelled rocket engine. The company fired the pre-burner last Friday at NASA's Stennis Space Center in Mississippi. In contrast to its long-gestating massive aircraft, which has yet to take flight, it raced through the charted development of the component in the span of a year (as promised).

The pre-burner serves as the smaller of two combustion chambers in the PGA engine, named after the initials of the company's founder and principal investor Paul G. Allen, who recently passed away. The Microsoft co-founder launched the company alongside aerospace engineer and entrepreneur Burt Rutan in 2011 with the aim of providing flexible, low-cost access to space.

The huge Stratolaunch aircraft -- which boasts a twin-fuselage, 385-foot-wingspan -- sits at the centre of those plans. Initially, however, the focus will be on cargo missions over crewed voyages. That's where the PGA engine comes in -- it will power the company's family of payload-carrying vehicles, the first of which is projected to be launched on the Stratolaunch plane in 2022. That "Medium Launch Vehicle" will be able to place 3,400 kilograms into low Earth orbit, while a heavier variant with a payload capacity of 6,000 kilograms is also in the works.

Once its ready, the plane will also replace the system that's delaying the NASA ICON (Ionospheric Connection Explorer) satellite launch. Whereas the current, purpose-built craft will carry one Pegasus XL rocket (to which the NASA probe will be attached), Stratolaunch is promising to let off three at once. The ICON is designed to track the boundary where Earth's atmosphere meets space.

Stratolaunch previously revealed that the PGA engine will use liquid oxygen and liquid hydrogen propellants with fuel-rich staged combustion and a thrust of 200,000 pounds-force, according to Space News. The engine's pre-burner was built using additive manufacturing, "enabling rapid prototyping on a much faster scale than traditional methods," the company said.

In this article: gear, mediumlaunchvehicle, PaulAllen, space, stratolaunch, StratolaunchSystems
All products recommended by Engadget are selected by our editorial team, independent of our parent company. Some of our stories include affiliate links. If you buy something through one of these links, we may earn an affiliate commission.