A Peloton bike motivated me more than any gym membership could

Peloton and its connected bike have become the poster child for a new era of on-demand exercise. Specifically, it promises all the camaraderie and structured routines of a real-world spin class from the comfort of home. Peloton's workout library is extensive. However long you have to sweat, whatever your ability level, favorite music genre or preferred workout style, there are countless classes to match all criteria. Between the $2,245/£1,990 bike and the $39/£39-per-month subscription, though, it's an eye-watering investment. And the biggest question for me was: Can it turn the gym averse into a spin-class convert?

I don't so much avoid the gym as I do exercise in general. During the summer, I play a fair amount of tennis, mainly because I have a few amenable friends who will always agree to a morning knockabout, knowing full well that two hours later we'll both be sitting in front of a self-congratulatory Sunday pub roast and a pint (all right... maybe three). Other than that, I walk around London as much as I can rather than use the Underground, and I snowboard for a week or two each year.

That's not to say I'm totally health-unconscious. Occasionally I'll eat a salad or order a low-calorie rum and Diet Coke instead of beer. I've also been known to load up a YouTube workout video once in a blue moon, to feel like I'm doing something, anything, to beat back the passage of time and apathy. The shorter the video, the better. Working out bores me. 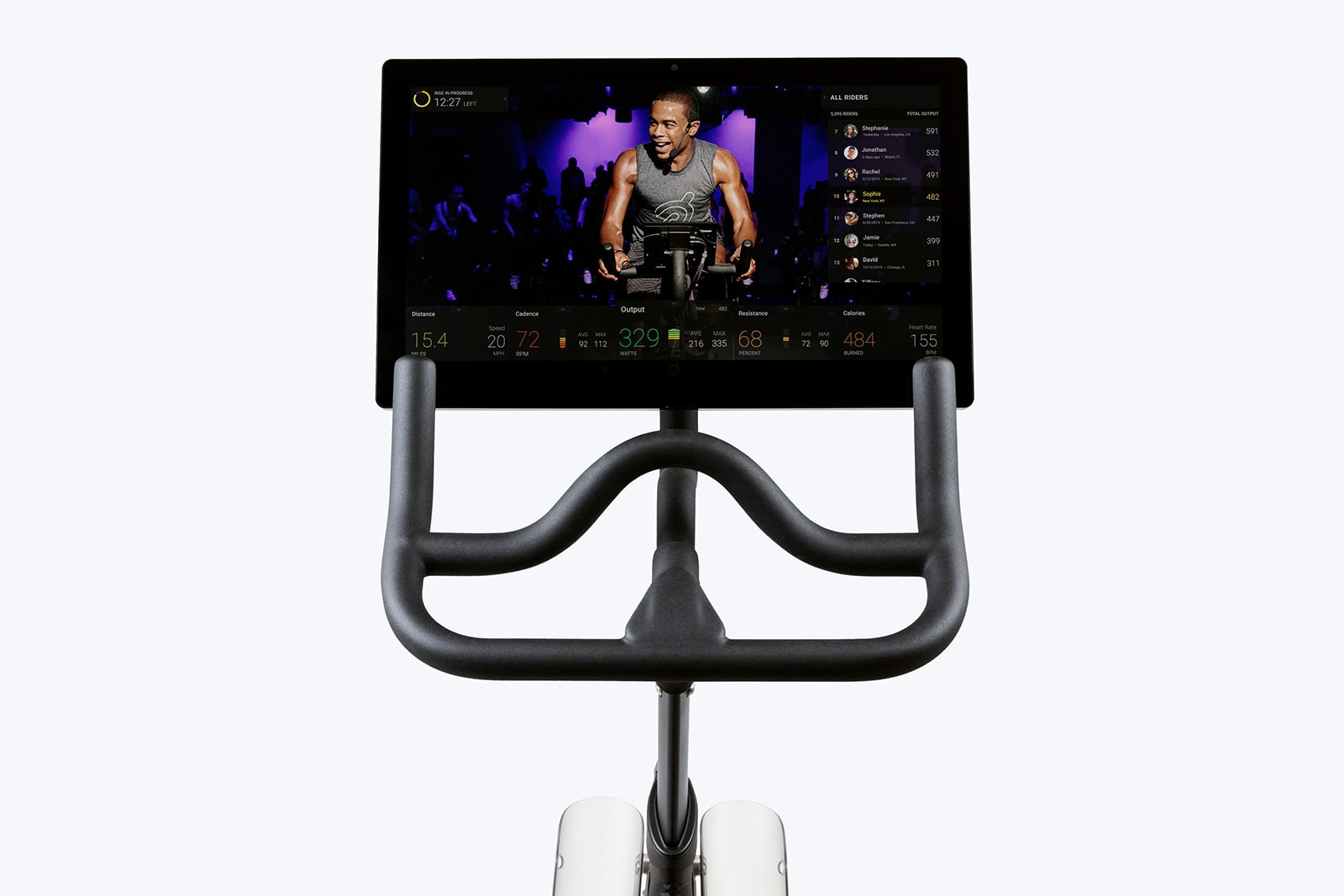 Having spent three months with a loaner Peloton bike at home, one of the headline features for me has been that it's a cure for clock-watching. The instructor-led routines don't really give you a chance to get bored. Part of that is because you've got a 22-inch screen to stare into the whole time, as we're all so fond of doing these days. But the real "engagement" comes from the person looking back at you, constantly telling you to do something different.

Almost as soon as you've found your warmup rhythm in the first few minutes of a ride, you're hastily reaching down to jack up the wheel resistance, rising out of the saddle and powering through the first climb. Then maybe there's an arm section where you grab the three-pound weights and idly pedal as you mimic the instructor's movements. All of a sudden, 30 minutes has melted away and I'm stretching out my calves in the cooldown. 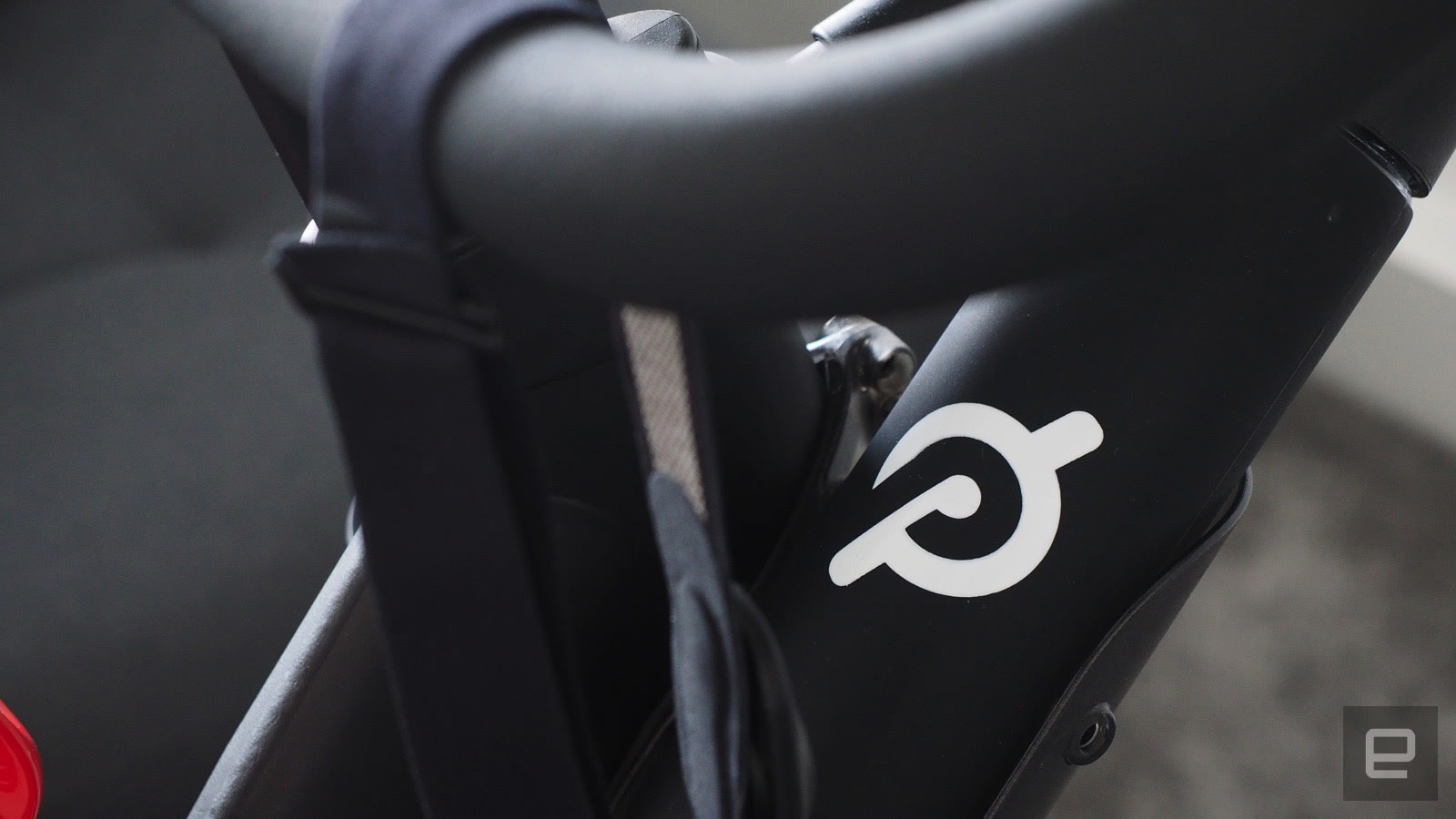 This boredom-busting element is just one way in which the bike makes it easy to keep coming back. Simply having it sitting in your house is a passive motivator. There's only so many times I can walk past my spare room without thinking, Should probably jump on that again tomorrow. Feel awkward surrounded by toned bodies at the gym, or simply can't find the time to visit one? Well, the bike's right there, so that excuse won't work.

And say I had only 15 minutes at hand and enjoy country music exclusively? Again, no excuses, because there's four different on-demand classes catering to those criteria. The psychological pressure (and I mean that in a good way) carries over to the classes themselves. All the instructors are appropriately toned in an I-wanna-look-like-that sorta way, but vanity is never, ever part of the pitch, nor is tough love.

The classes are ripe with the right type of encouragement. Comments along the lines of "All we can do is bring our best" are peppered throughout every ride, and it doesn't feel at all cheesy, despite how it may look written down. I have found a favorite instructor in Cody Rigsby, an all-smiles, Men's Health cover type who constantly refers to the audience, without a hint of irony, as "boo." That said, his peers all deliver engaging and motivating classes.

While they give you recommended cadence, resistance and sometimes power output metrics to aim for during the routine, you're often reminded that whatever you can manage is good enough. Whether the inherent reverse psychology to this is intentional or not, I'm unsure, but, me being me, I often try to best the suggested figures.

Therein lies another source of motivation: the stats. Your current work rate is always on screen as a tangible representation of the effort you're putting in -- as is your heart rate if you have the optional monitor wrapped around your chest. Off to the side you can see your total output measured against other riders. There's an all-time leaderboard, but it's more fun to look at how the people currently doing the same class as you are getting on. You can also track how far they are into their ride if it's an on-demand routine, to assess whether you're keeping pace. Surprisingly, at least to me, I've never started up a rerun and seen an empty virtual studio. 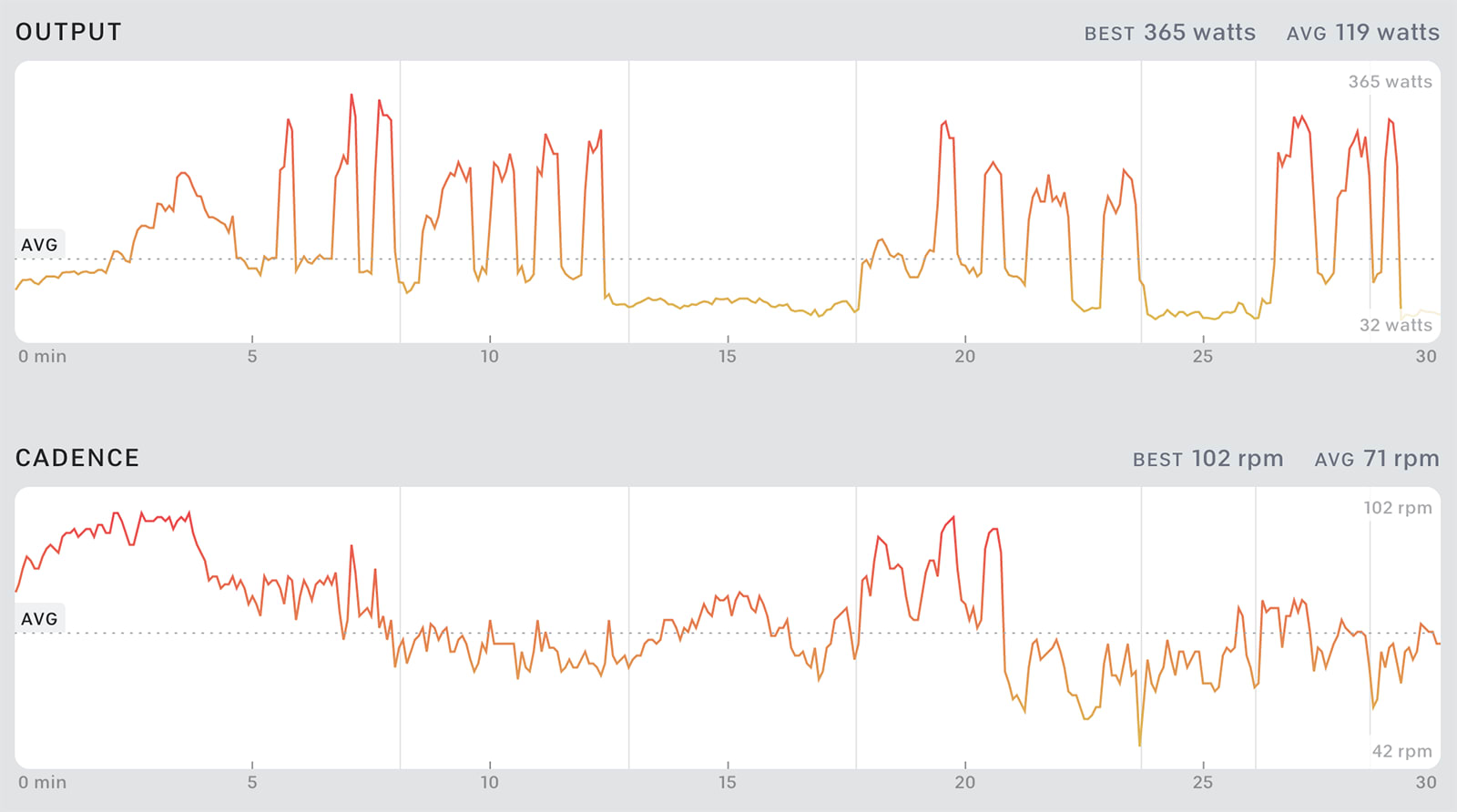 I'm quite happy to compete against myself, though, so the figure that's always been most meaningful to me is my total-output personal best. Through the bike's display, the Peloton website or the Peloton app, you can revisit prior workouts and look at your stats in plain or graphical form. Personally, I'm not that into the numbers aspect, nor have I felt at all compelled to climb the leaderboards. There are key metrics that still interest me, though, purely because I want to know whether I'm getting fitter, or better, or at least trying harder.

Apparently I am. My last workout was statistically my best, with a total output of 213 kilojoules and 482 calories burned, and that doesn't even account for the arms sections, which ran for roughly a third of the class length. I'm not some kind of spinning master now. In fact, despite feeling like I had established some kind of regularity to my Peloton use, the stats tell me I've completed only ten classes -- not including the one I gave up on when I was really just not in the right frame of mind. Still, if you count the time I've been out of town for the holidays, CES, etc., that's roughly one workout per week I almost certainly wouldn't have done otherwise. 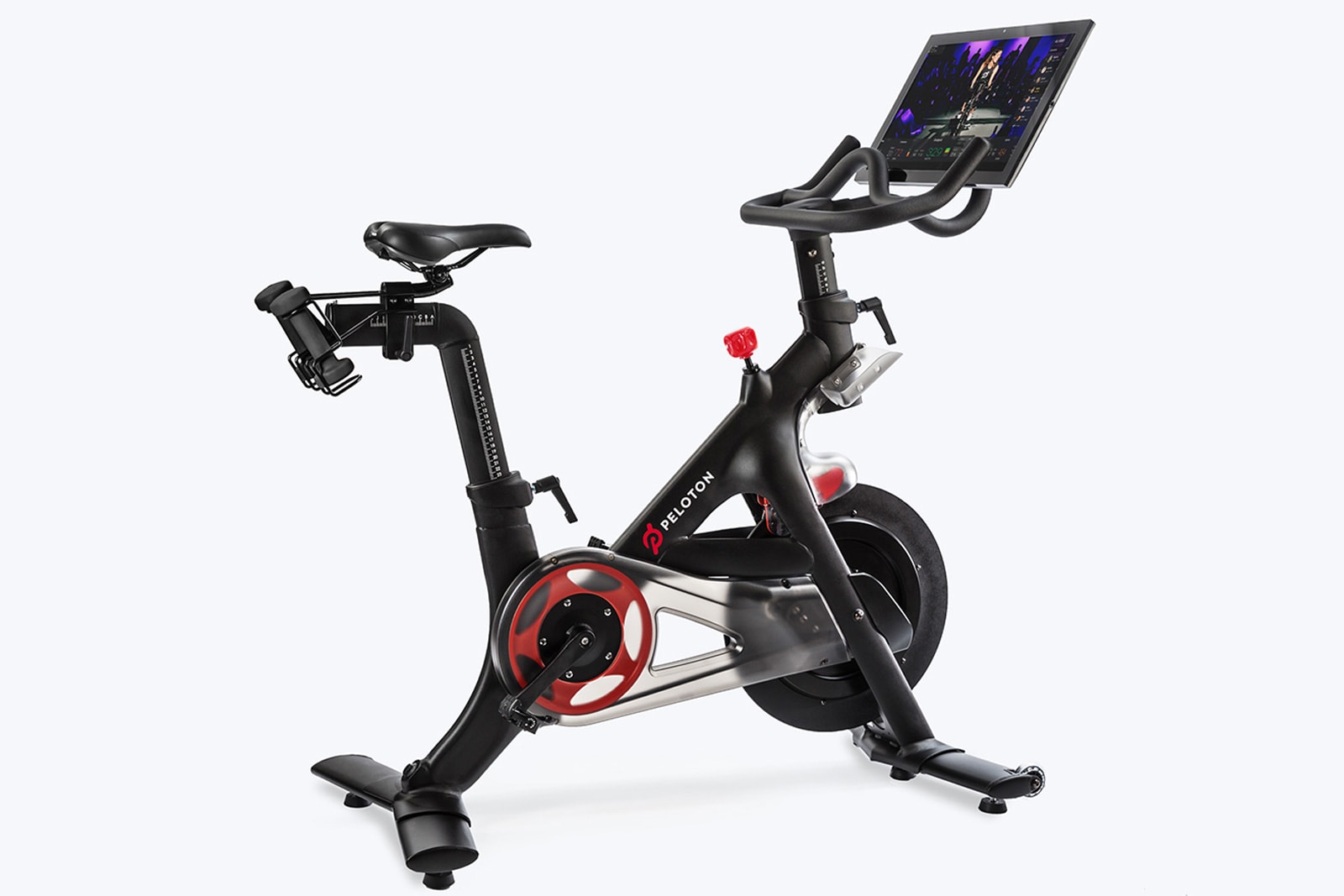 I've barely scratched the surface of what the Peloton subscription offers. The ability to jump on the bike whenever and load up an on-demand class means I haven't tried doing it live -- even after Peloton added a couple of UK-based instructors in mid-November to better cater to users in my time zone. The strength and cardio workouts, stretch routines and meditation and yoga classes, as well as the audio-only outdoor running guides available in the app, have all passed me by, too.

I couldn't personally justify the expense of the Peloton bike and subscription. If I were a gym nut, I also wonder whether I'd even want to be able to do all that at home. I imagine that for many people, there's a social aspect to working out, or that the mere need to carve out time to actually visit a gym or fitness class is fundamental to their motivation. But since I've worked from home for years now, it's in my nature to be borderline agoraphobic.

It seems on-demand exercise is expensive everywhere, and Peloton's bike is, at least, cheaper than its new treadmill. Alternatives like Echelon, Tonal and Mirror range in price, but you wouldn't call any of them cheap, and then there's the monthly subscription to make the best use of them. If I had that kind of money, though, I think it'd be better spent at home than on a gym membership I'd never use. And trust me, I've walked that road before. 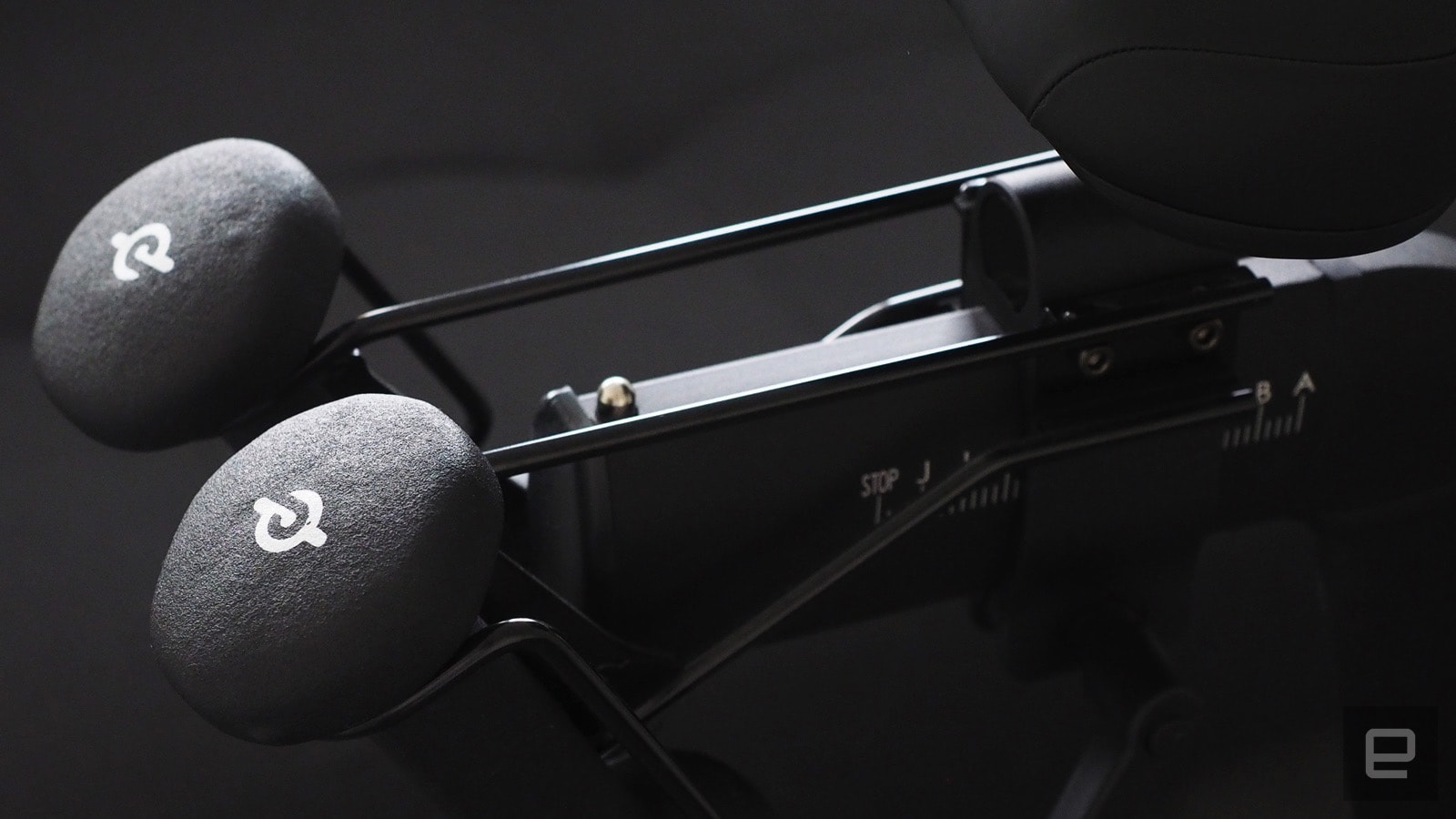 Just as the mere proximity of the bike and the class quality are what have actually triggered me to use it, so I believe what I've taken away from it is psychological, too. I haven't weighed myself or tested my fitness level post-Peloton, but I simply feel better having hopped on it now and again. I also have no idea whether I'm physically any different, but now and again I think I've become somewhat leaner when I look in the mirror -- or at least I was before Christmas -- and that's kind of all that matters, isn't it?

As with all health-and-fitness-related goals, mindset is the most important thing. All I can say for me is that having the Peloton bike and engaging classes a staircase away made it much easier to capitalize on transient moments of motivation. And the best part? I could do it all sitting down.