R. Kelly will never appear in your playlists again.

Spotify has introduced a new feature that will let users block music from artists they no longer want to hear. A "Don't play this artist" feature appeared in the latest version of the Spotify app for iOS and Android, as first spotted by Thurrot. The company hasn't made any mention of it and no details are included in the most recent update notes. Engadget reached out to Spotify for more details and will update this post if we hear back.

To use the block feature, go to an artist's page on the Spotify app and tap the three dots in the upper right corner. An options menu will appear with an option that says "Don't play this artist." Once selected, a pop up appears that states, "Ok, we won't play music from this artist." If you choose to block an artist, their music won't appear in your library, playlists, chart lists or radio stations. However, the artist may still come up if they are featured on another artist's track. 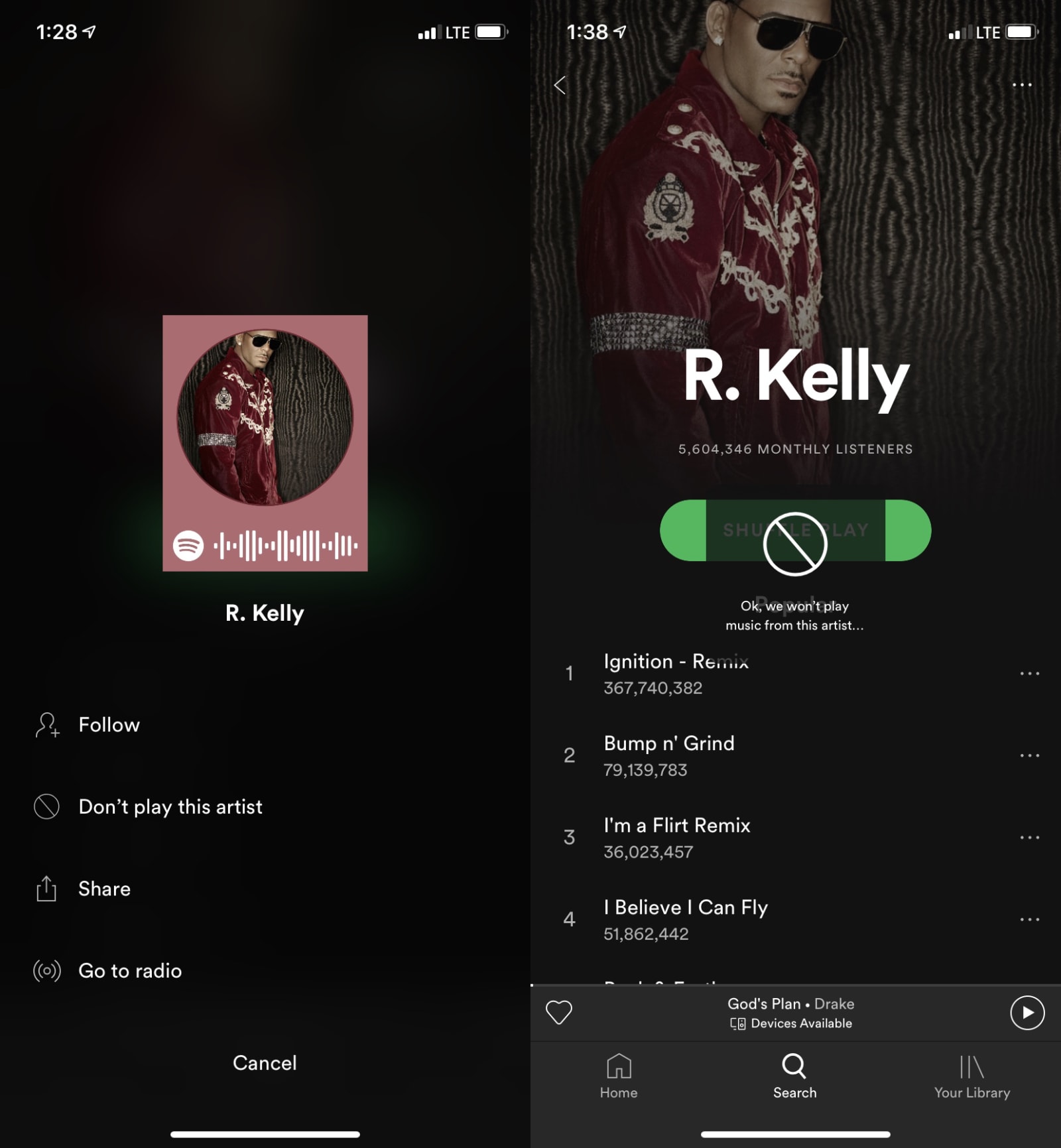 Spotify has previously played around with the possibility of blocking artists back in 2017 but decided against implementing the feature. The streaming service briefly changed its policies to remove controversial artists including R. Kelly and XXXTentacion from promoted playlists but backtracked on the decision the following push back from record labels and musicians. Spotify appears to now be putting the ability to make moral judgments on artists in the hands of users instead of tackling the task itself.

Turn on browser notifications to receive breaking news alerts from Engadget
You can disable notifications at any time in your settings menu.
Not now
All products recommended by Engadget are selected by our editorial team, independent of our parent company. Some of our stories include affiliate links. If you buy something through one of these links, we may earn an affiliate commission. All prices are correct at the time of publishing.
Spotify's mobile app lets you block artists you can't stand
av
blocking
entertainment
mobile
services
spotify
SpotifyApp