Jaguar tests self-driving cars that project their next move

You'd know where they're going just with a quick glance.

Car makers have explored a number of ways to have self-driving vehicles signal where they're going, but they tend to rely on blinking lights or other codes that might not be easy to interpret in a hurry. Jaguar Land Rover might have something more intuitive: it has developed a system that projects an autonomous vehicle's direction of travel on the road ahead. The system casts a series of bars on the road to indicate when it's turning, setting off or stopping. The gap between the bars can expand or shrink to indicate changes in speed. You'll know if it's safe to cross the road without having to carefully watch a car's actions.

The company has been testing the projections on self-driving pods from Aurrigo, which also helped it test "virtual eyes" reflecting a driverless car's intent.

There are hurdles to overcome before a system like this is useful. How well would it work in daylight or inclement weather? There's also the question of getting other brands to embrace the concept so that there's a common framework. If this does pan out, though, it could go a long way toward improving trust for a public that's still wary about letting AI drive. 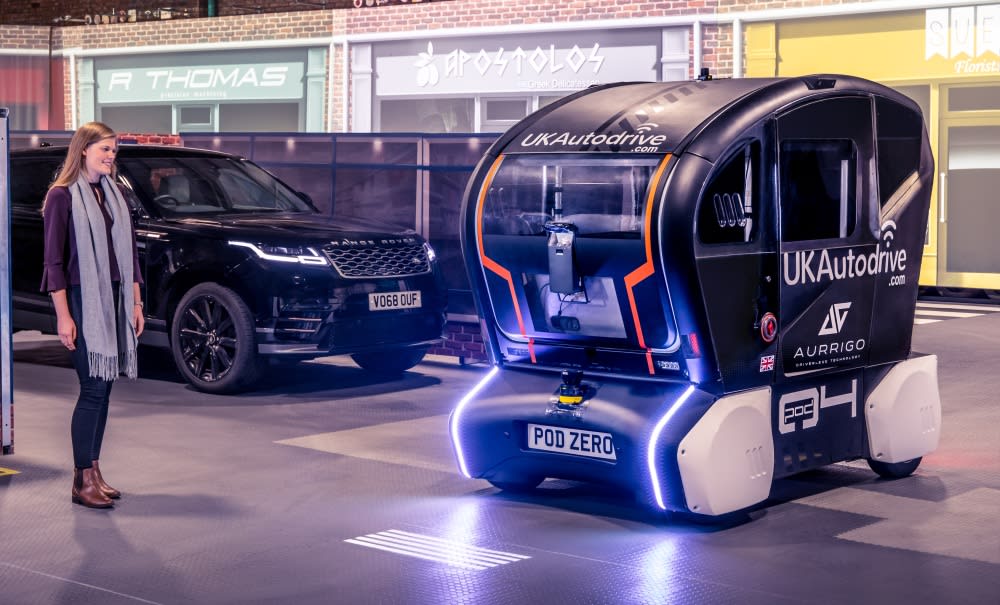