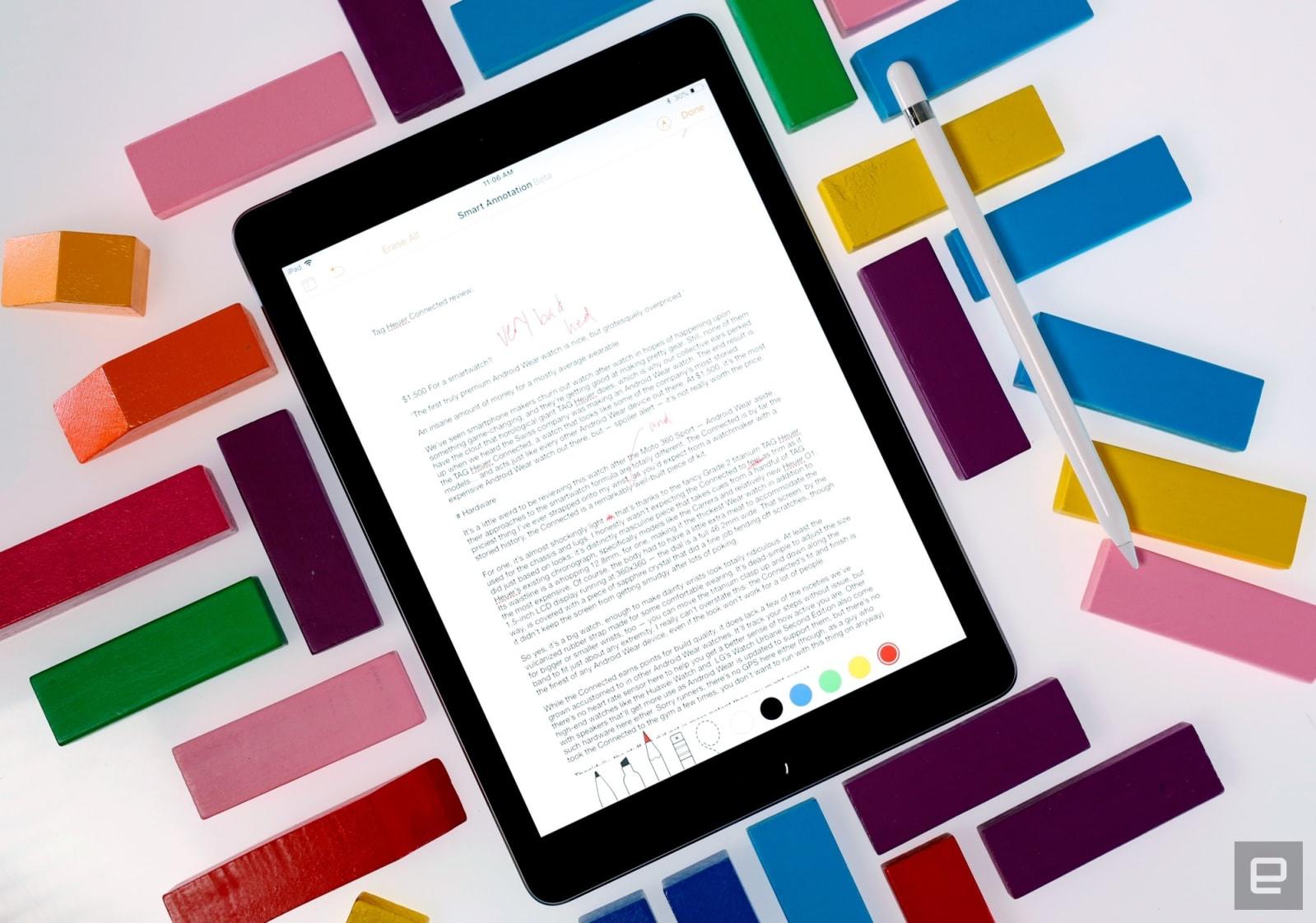 If the redesigned iPad Pro gave you hope that Apple would deliver a similar overhaul for lower-cost iPads, you might want to temper your expectations. Code sleuther Steve Troughton-Smith has discovered that the iOS 12.2 beta references four new iPad configurations that don't include Face ID, suggesting they'll stick to Touch ID and thus a more conventional design. This isn't shocking when Apple is likely sticking to a lower price point, but it does suggest that it could be a while before the company's depth-sensing camera tech is truly affordable.

That same code also references a new iPod touch -- no, Apple hasn't forgotten about its last pocketable media player. While there's no mention of exactly what's new, it wouldn't have either Face ID or Touch ID. In other words, it's likely to be a quiet speed bump that replaces the aging A8 chip (and possibly other components) rather than an overhaul.

There might be more. The news comes as six iPad variants cleared the Eurasian Economic Commission's certification process, with model numbering hinting that there could be a iPad mini update in the works. Rumors have swirled of a replacement for the tiny slate, even if it's just to modernize its guts and bring it to a more affordable price. Whether or not there's a new mini on the way, Apple appears to have at least some new hardware to show in the first few months of 2019.

In theory, iOS 12.2 references four new iPads in WiFi & Cellular variants (perhaps mini, and 9.7"?), all without Face ID, and a (seventh-gen?) iPod touch with no Touch ID nor Face ID pic.twitter.com/xiJN6kmmTe

In this article: apple, gear, ios, ios12, ios12.2, ipad, ipadmini, ipodtouch, mobile, mp3player, tablet, touchid
All products recommended by Engadget are selected by our editorial team, independent of our parent company. Some of our stories include affiliate links. If you buy something through one of these links, we may earn an affiliate commission.