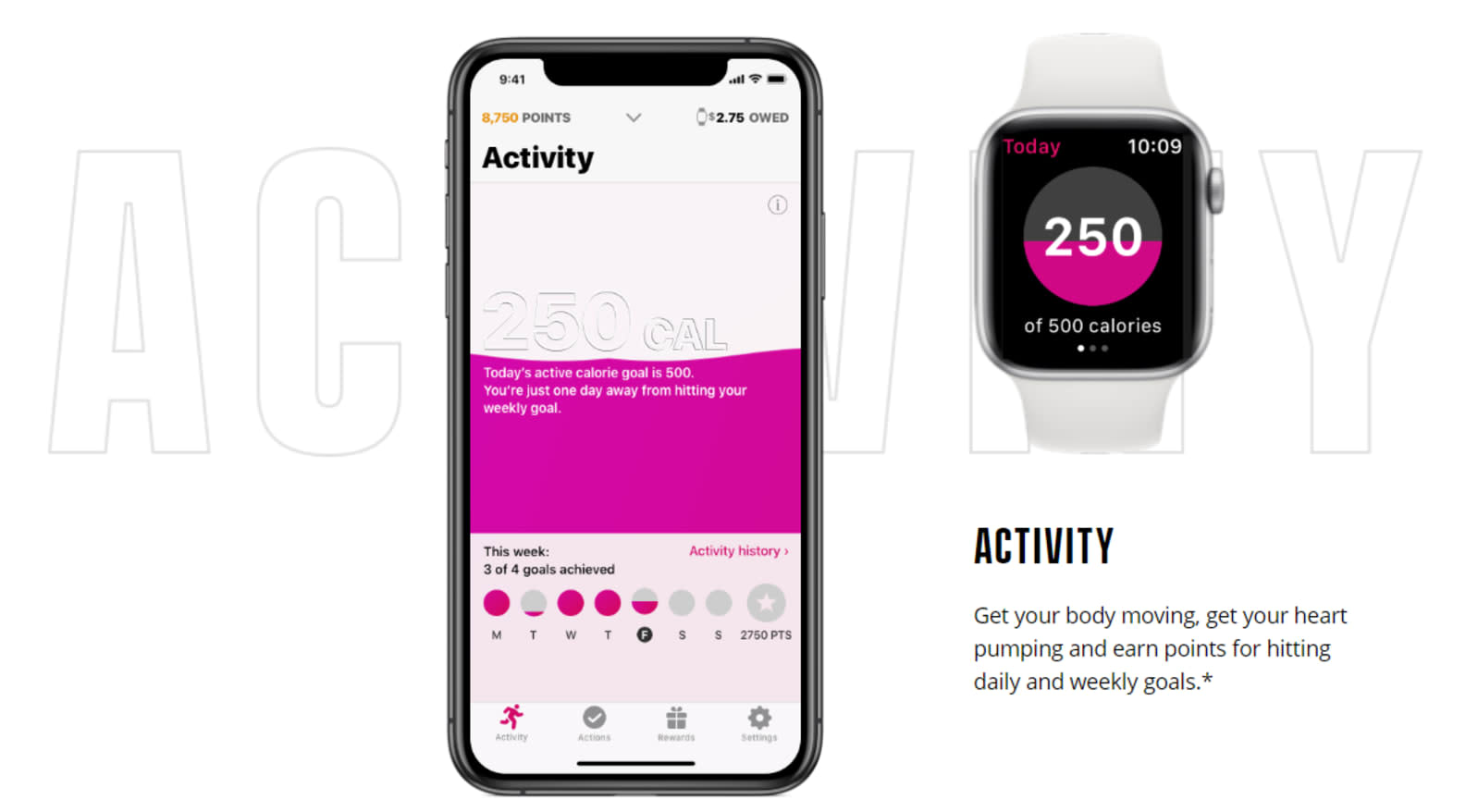 Apple and insurance giant Aetna are working together on an iPhone and Apple Watch health-tracking app that provides users with personalized activity goals and suggests healthy behaviors, such as sleeping or eating better. The app, called Attain, can also prompt you to get your flu shot or take medication. Those who complete Attain's suggested actions can earn rewards, including an Apple Watch.

The companies have been working together on Attain since 2016 and say it's the first app of its kind -- it can blend people's health histories with Apple Watch data to personalize suggestions. Attain, which is only open to Aetna members, will arrive in the spring with between 250,000 and 300,000 spots available in the program at the outset.

You'll need an iPhone 5S or later and an Apple Watch Series 1 or later to use Attain. If would-be participants don't have an Apple Watch, Attain will provide them with a Series 3 device (they can upgrade to Series 4 for a fee, CNBC reports). By meeting your fitness goals over 24 months, you can cover the cost of the device through earned points. Alternatively, you can exchange points for retailer gift cards. If you decide to leave the Attain program or fail to meet your goals, you may have to pay off the remaining cost of the Watch, though if you have an issue that precludes you from achieving goals, such as pregnancy or another medical condition, Aetna can take that into consideration.

It's hardly a secret as to why Aetna would want to encourage healthy behavior through Attain. A healthier population is likely to lead to fewer health insurance claims.

Many people may be wary about opening up their health history to the app, though the companies say your data will be encrypted. Aetna also claims Apple Watch data won't affect coverage decisions, including monthly premium increases. Apple, meanwhile, has been placing more focus on healthcare in recent years, and is positioning Apple Watch as a device that could save your life.

Other companies are tapping into Apple Watch's health-tracking abilities, including Johnson & Johnson's Janssen Pharmaceuticals. This month, it announced a study to assess whether the device's electrocardiogram app and irregular rhythm notifications can help diagnose atrial fibrillation (AFib) and make life better for the 33 million people who have the condition. Stanford has also conducted a study of the condition using Apple Watch.

In this article: aetna, apple, applewatch, gear, healthtracking, medicine, wearables
All products recommended by Engadget are selected by our editorial team, independent of our parent company. Some of our stories include affiliate links. If you buy something through one of these links, we may earn an affiliate commission.