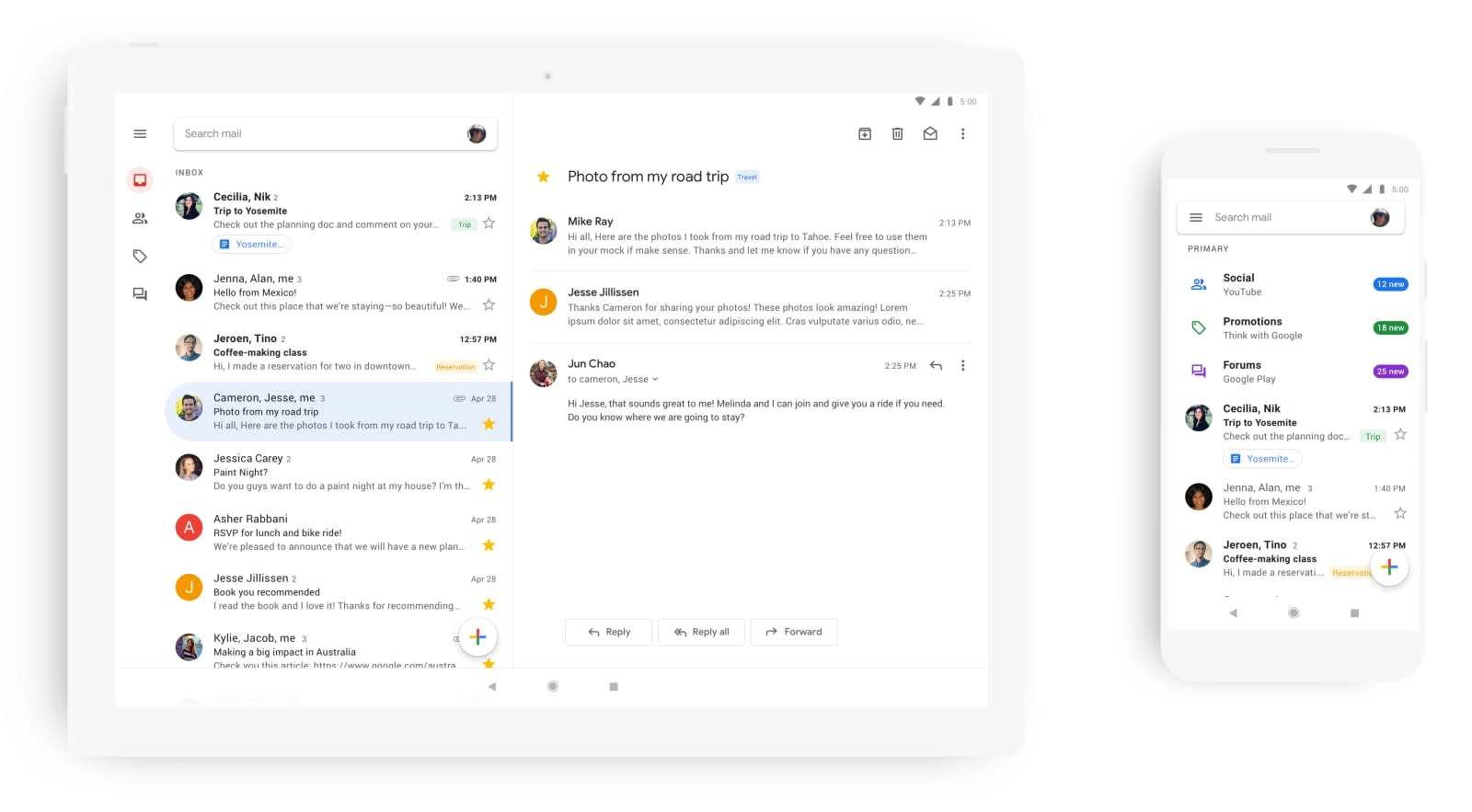 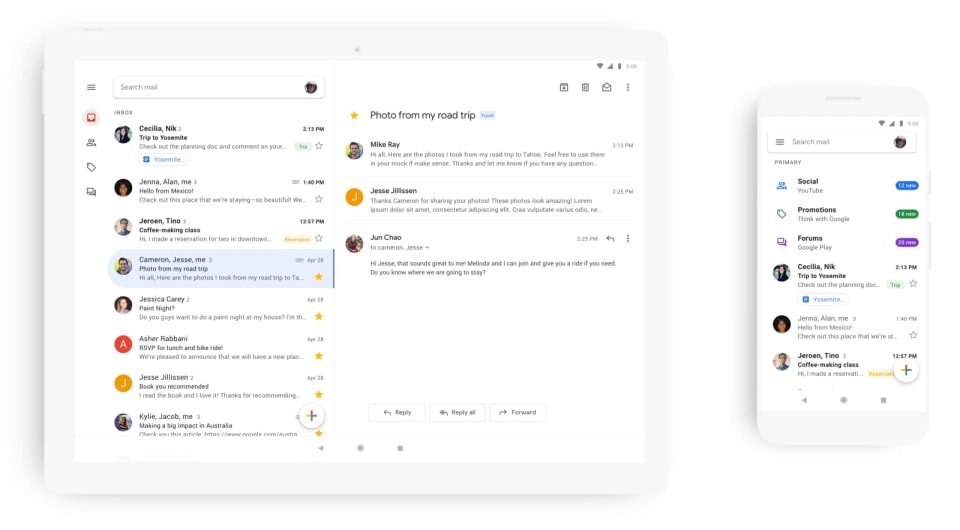 Google first unveiled its Material Design language back in 2014 (now called Material Theme), and last year saw an update to those design rules that removed the bold colors in favor of an almost entirely white look. A number of Google's most prominent apps and services have been redesigned over the last year, including Tasks, Photos, Calendar and Gmail -- the latter only on the web, though. That changes today: a redesigned Gmail for mobile starts rolling out today and will be available to all Android and iOS users in the coming weeks.

Functionally, the new Gmail mobile app isn't wildly different than what came before. There's a button in the lower-right corner to compose a new email, just like before -- it's just white with a multi-colored "plus" sign, the same glyph that shows up in Gmail and Drive on the web. The iconic top red bar is now white, and the whole top area is a search bar; the old app required tapping a smaller target to get into search. Finally, there's a shortcut right to the account switcher on the main page. Previously, switching accounts required opening the sidebar, but now that option is front and center.

A few features that came to the web version of Gmail make their way to mobile today. Probably most recognizable is that attachment previews will show up below the messages, making it easier to both find messages with attachments and get a sense of the content. For those that prefer to see more messages, Google also has "comfortable" and "compact" density options that remove attachment previews and avatars, respectively. The large red phishing warnings that Gmail on the web shows also now show up in the app

Visually, it looks just like you'd expect if you've tried any of Google's recent mobile apps -- it's basically all white, with the new Google font throughout. The change is somewhat ironic given that Google itself recently encouraged developers to use dark modes in their apps as a way to save battery life. As most redesigns are, we figure that plenty of people will complain a bit about this and then move on with their lives -- while the all-white appearance might be a little off-putting at first, the more accessible search and account switcher are both handy additions. And if the rumors are true about Android Q having a system-wide dark mode, there might soon be an official way to tone this redesign down a bit.

In this article: gear, gmail, google, materialdesign, materialtheme, redesign, services
All products recommended by Engadget are selected by our editorial team, independent of our parent company. Some of our stories include affiliate links. If you buy something through one of these links, we may earn an affiliate commission.