Google Chrome will warn you of lookalike URLs

The experimental feature is available in Chrome 70 and up.

We've all had a finger slip and ended up mistyping a URL. According to ZDNet, Google Chrome will soon provide a warning for you when that happens so you don't get fooled by a lookalike site and will redirect you to the site you were trying to visit. The feature has been in a testing phase since the release of Chrome Canary 70 last fall and can currently be enabled as an experimental feature in the stable version of Chrome. 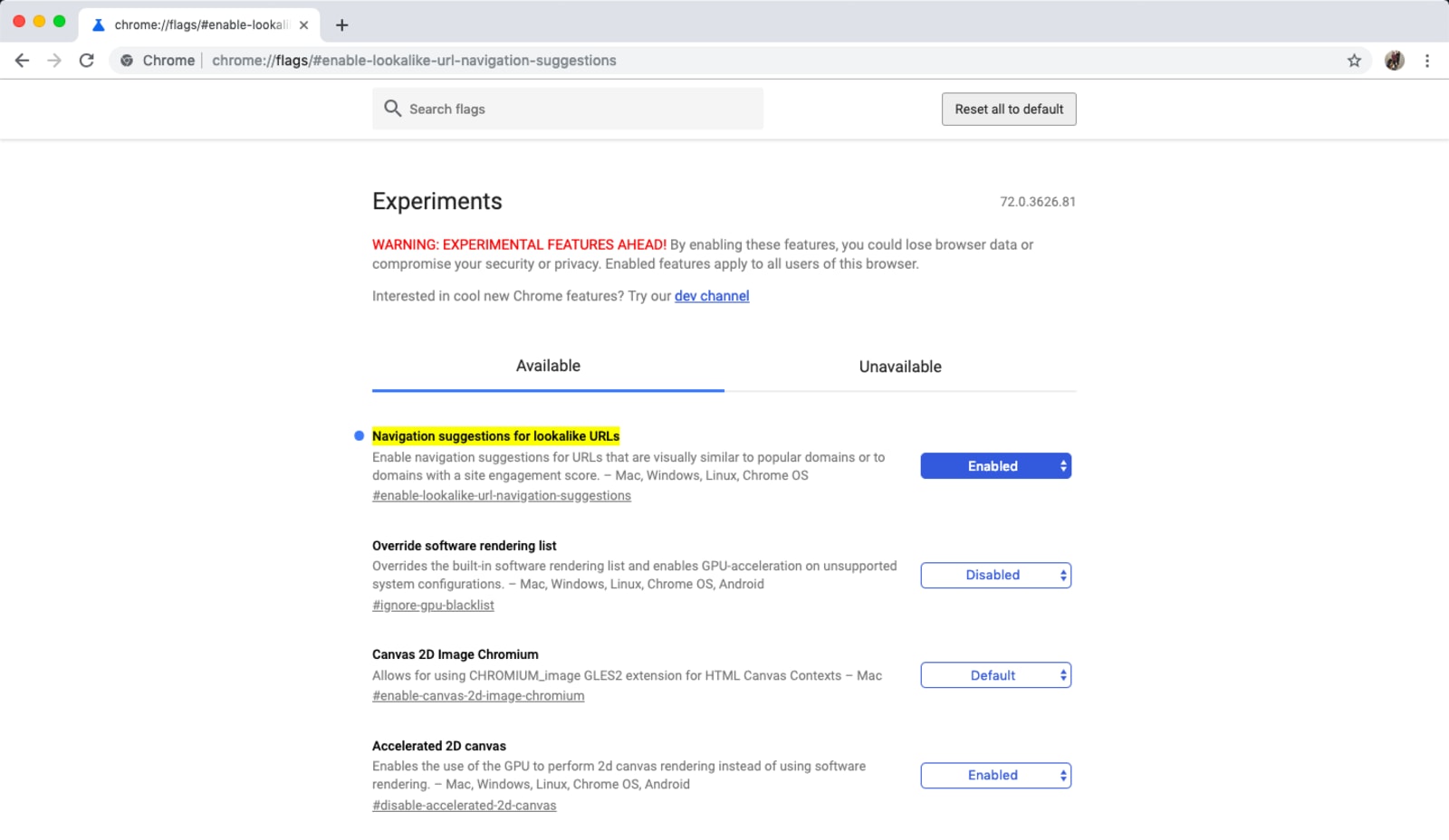 It's pretty common for malicious actors to lock down common misspellings of popular sites in attempts to catch people off guard when they make a mistake typing in a URL. Those sites often look like the real thing but are designed to steal a person's credentials and other information. While Google Chrome's experimental feature, the browser will present a dropdown panel under the URL bar. The notification draws attention to the fact that the user may be visiting a site they don't intend to and offers to redirect them to the correct domain. That combined with Chrome's existing warnings about unsecure sites should hopefully be enough to keep people from falling for scams.

In order to enable the extra bit of protection, visit chrome://flags/#enable-lookalike-url-navigation-suggestions. The feature will likely find its way its way into Chrome as a default feature at some point, but there is no word on when that will be.